Could the slump in BHP shorts lead to 52-week highs?

The unwinding of BHP (ASX: BHP) shorts could nudge the company to a 52-week high, says Peter O’Connor, a senior analyst at Shaw and Partners.

There’s still another week until BHP announces the company’s half-year results on 15 February, but the stock is already heating up thanks to the recent unification between its UK and Australian branches.

Previously, the mining giant had a dual-listed company structure that traded on the ASX and the London Stock Exchange (LSE). However, BHP’s Australian listing has now swallowed up its UK-counterpart. 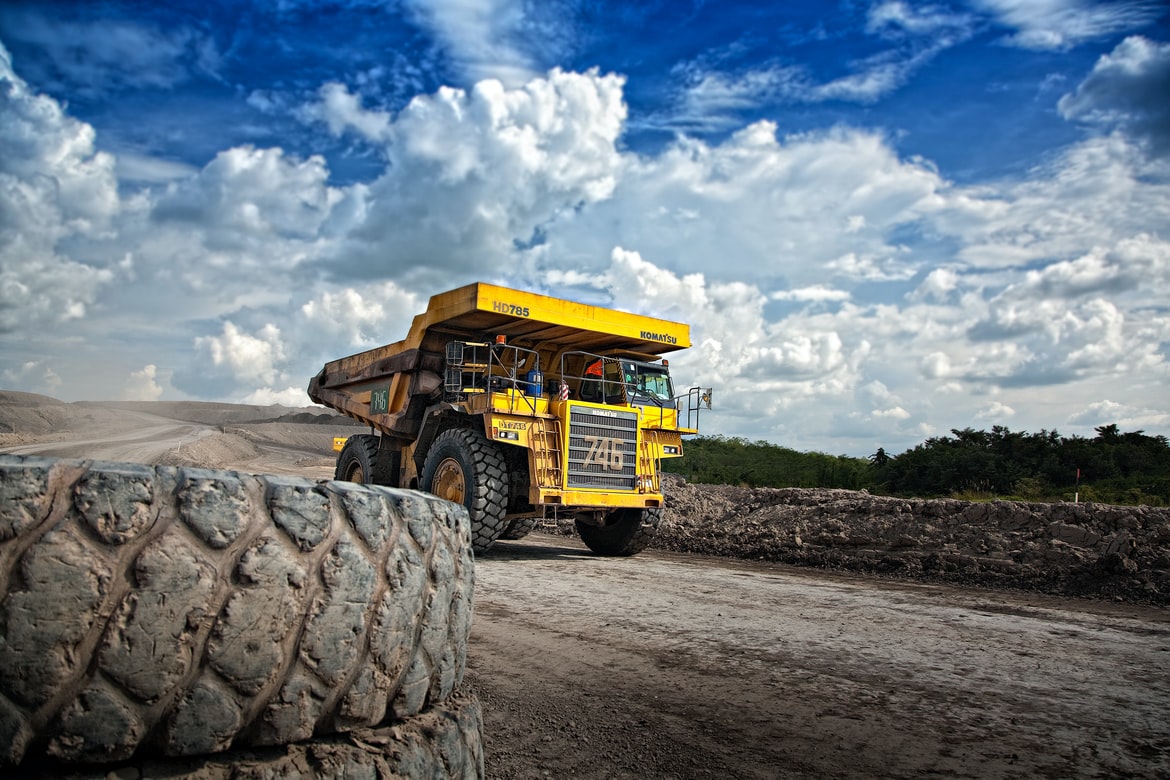 On Friday 28 January (the last trading session before the changes), index funds such as Vanguard Australian Shares (ASX: VAS) scrambled to rebalance their portfolios to match BHP’s bolstered weighting.

Leading up to the merger, short positions spiked in BHP.

On Friday 28 January, a staggering 17.63% of the shorted was shorted – a record for the stock: 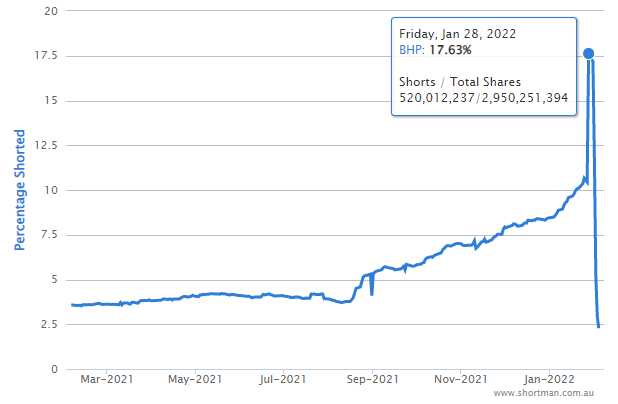 BHP shorts over the last 12 months. Note: data is delayed by 4 business days due to reporting rules. (Source: ShortMan)

The spike came from institutional investors playing the spread between BHP’s ASX stock and the LSE stock, thanks to the UK stock trading at a discount to its Australian counterpart.

Now that the merger is complete, this arbitrage opportunity has passed.

In what must come as a sigh of relief for BHP, short positions have dropped substantially, down to a more reasonable 2.28% as of 4 February. 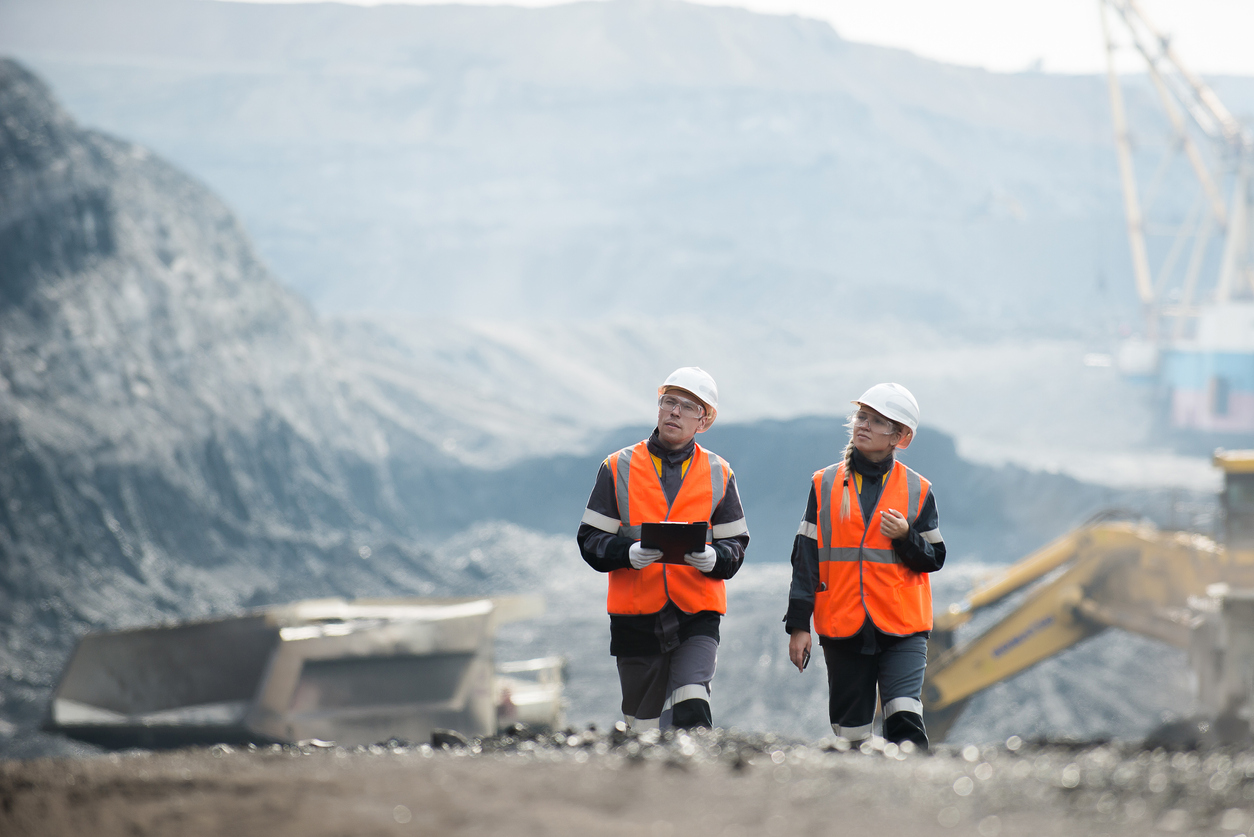 How the unwinding shorts will impact the stock

“Usually when we see this level of short unwinding, a company’s share price typically goes from a 52-week low to a 52-week high,” says O’Connor.

But it's worth noting that the stock is currently trading 31.69% above the 52-week low, and there's an inverse correlation between shorting and share price appreciation.

Hence, O’Connor’s projection of a 52-week high may be a possibility.

What will come next?

Most of the impact of the merger should now have abated.

However, O’Connor says that a minority of institutional investors have yet to fully rebalance their funds to match BHP’s new weightings. With BHP enjoying a recent rally (up 3.26% since the merge), this could pose headaches for fund managers, who could be forced to spend more to rebalance compared to managers who re-weighted in late January.

With the merger over, all eyes now turn towards BHP’s earnings report for the half year ending in December 2021.

The results are expected on 15 February. 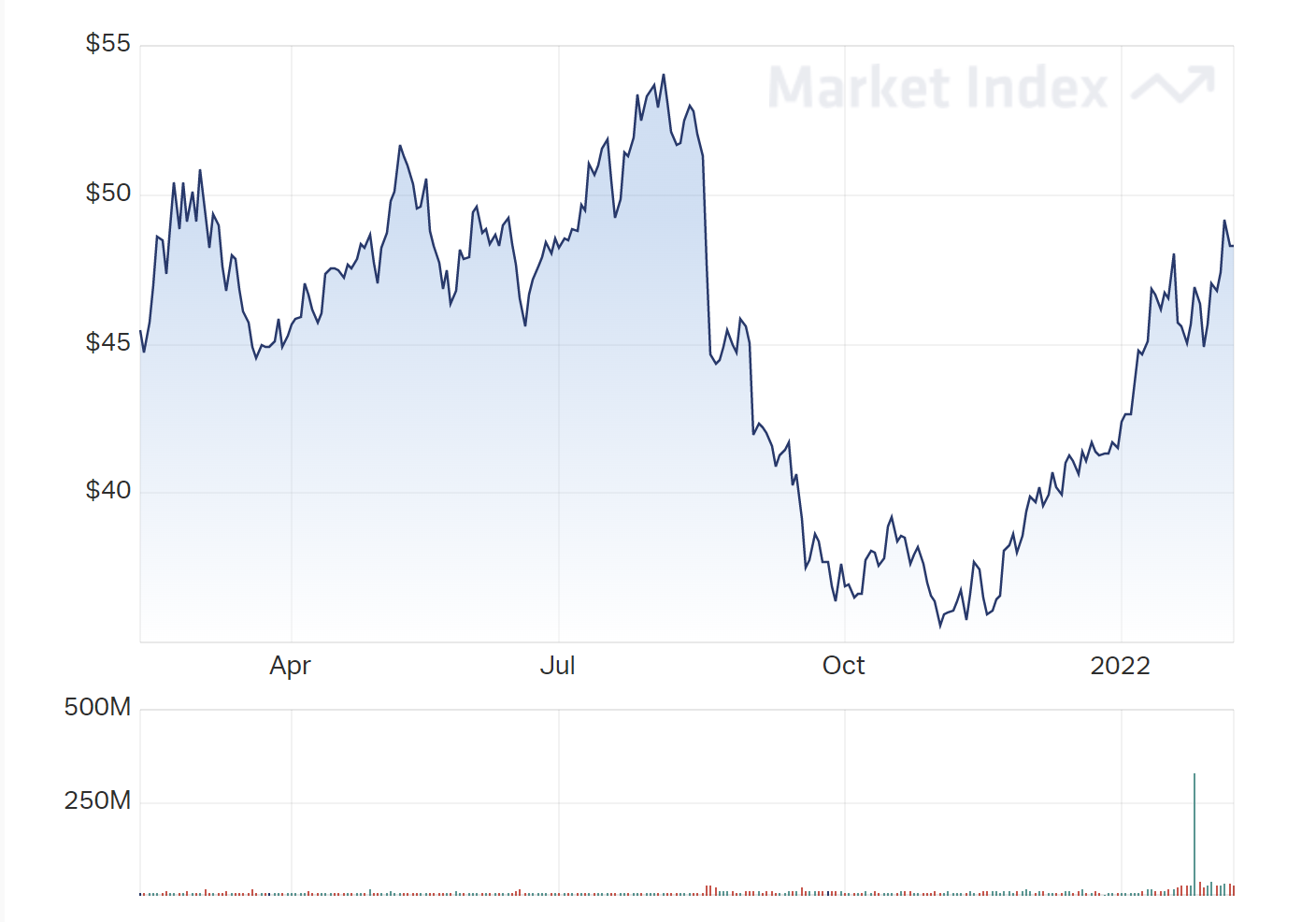 What do brokers think?

Citi and UBS last updated coverage for BHP on 3 February:

However, Peter O'Connor from Shaw and Partners has a different view:

Most brokers expect BHP to distribute cash from the sale of its petroleum business to Woodside (ASX: WPL) directly to investors through dividends.

This would follow the same modus operandi that BHP used when the company sold its US onshore oil and shale gas business to BP and Merit Energy in 2018 for $14.6bn.

However, no broker projections currently include this extra dividend, as the merge is not yet complete. (Completion is targeted for Q2 2022).