Lithium carbonate prices began to top out around 500,000 yuan ($105,560) a tonne in mid-March after the Chinese government called for higher output from local miners and refiners.

From a demand perspective, a rise in covid cases in major cities Shanghai and Beijing has hampered demand, supply chains and optimism. 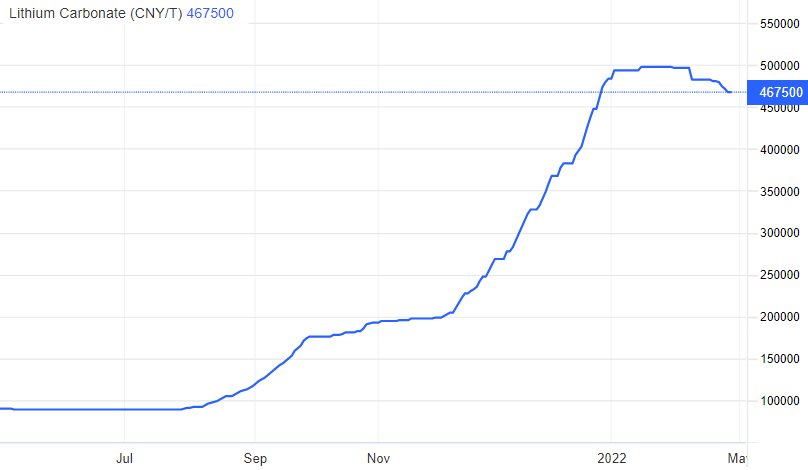 As far as spodumene pricing goes, this is one of the highest we've seen since Allkem's (ASX: AKE) March report which said it expects June quarter pricing to be approximately US$5,000 dmt.

Looking ahead, spodumene prices are expected to stay relatively high and keep lithium chemical prices buoyant into the second-half of 2022, according to S&P Global Platts.

"Shanghai may come out of lockdown in May. There may be pent-up demand," a trader said, expecting better demand moving into May.

China's Ministry of Finance said on Thursday that it will cut import tariffs for coal to zero (from current 3-6%) from 1 May through to 31 March, 2023.

"The tariff cuts will make no difference to Indonesian coal imports, as the tariff rates have been at zero, and no impacts on Australian coal due to imports ban," said a Beijing-based coal trader, according to Reuters.

The Indian Government is also seeking to boost coal imports to meed demand amid a severe fuel crisis as inventories slump to 9 year lows.

Coal prices remain elevated, even though prices are beginning to moderate around US$325 a tonne. 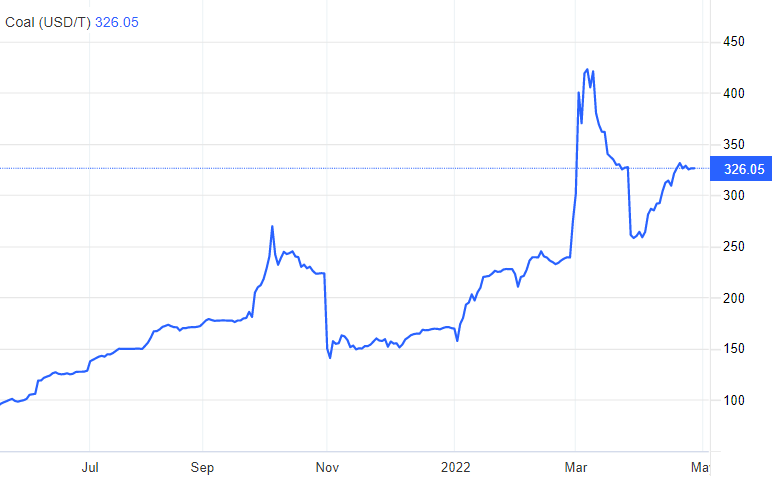 Alongside a bullish demand environment, these stocks are poised to deliver more than 30% free cashflow yield in FY22 alongside massive dividends and potential buybacks.

US dollar weighs on gold

Gold has been one of the most frustrating assets to watch.

It's got all the right ingredients to run well beyond US$2,000 but continues to chop back and forth, even faking a breakout last month.

The US dollar index hit its highest level since 2002 on Thursday after the Bank of Japan doubled-down on its 'infinite QE policy', buying endless amounts of bonds every session.

The general rule of thumb is when the value of the dollar increases, the price of gold tends to fall.

"With the dollar continuing to see such strong support in these turbulent times, the yellow metal may remain under some pressure. The break of the mid to late March support isn’t ideal and the next big support falls around US$1,850," said Oanda senior market analyst, Craig Erlam. 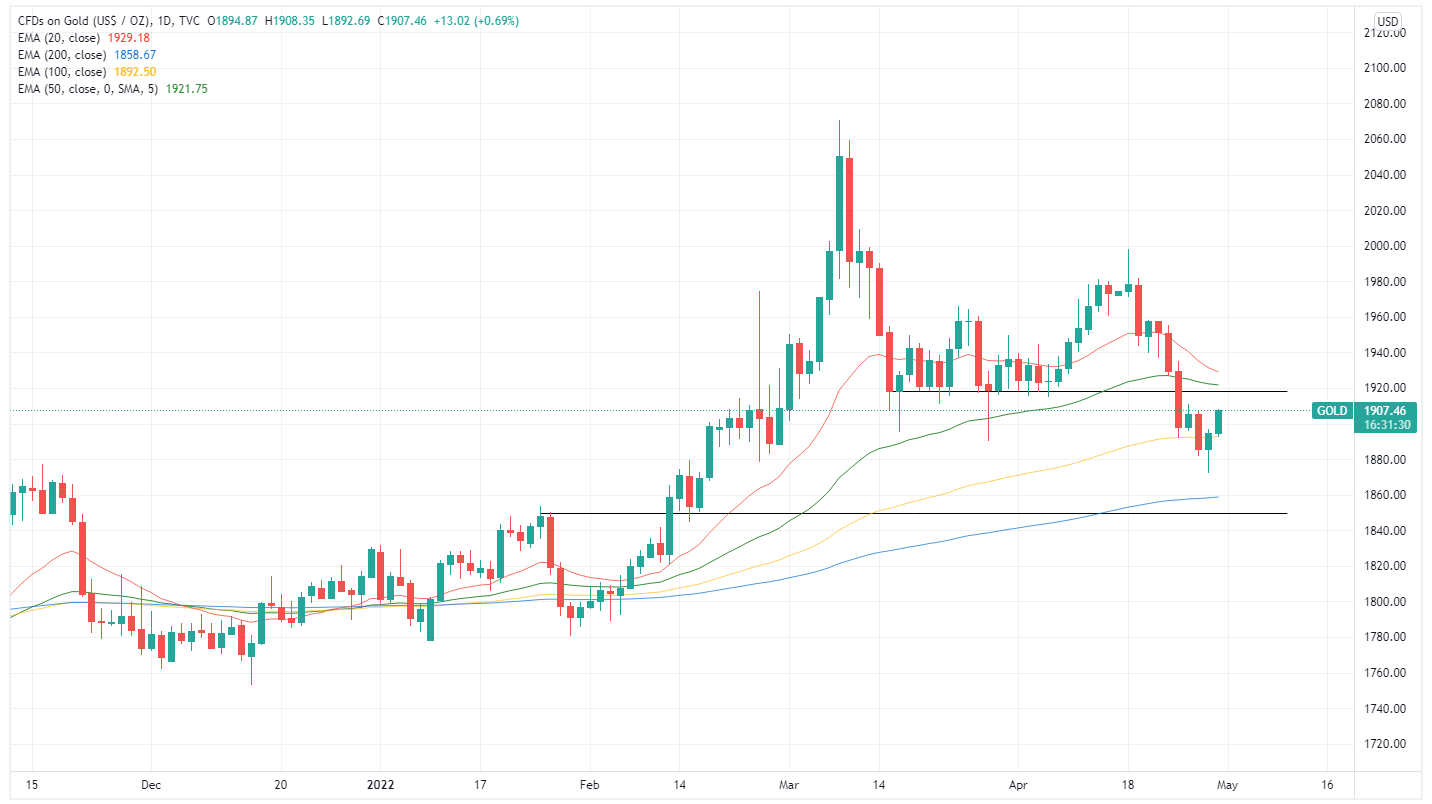