Commodity Spotlight: Calm before the storm for iron ore, gold and aluminium

The Bloomberg Commodity Index Futures is pointing to a weekly gain of 2.1% but still down around -16% from June highs.

Iron Ore: Waiting for a catalyst

Iron ore futures on the Singapore Exchange sat around the low US$100 level for most of this week.

Futures prices on China's Dalian Commodity Exchange rallied 2.2% on Friday but still flat for the week.

Iron ore has a wall of worries to climb amid concerns over another round of lockdowns in China, ongoing mortgage boycotts for delayed property projects and rising port inventories.

China’s iron ore market will likely be “oversupplied” in the second half of the year, Zhongzhou Futures analysts said in a note, Reuters reported.

Iron ore inventories in China rose to a seven-week high of 130.6m tonnes, according to SteelHome consultancy data.

At the same time, steel inventories held by traders across China fell for a fifth consecutive week to a 5.5-month low of 21.7m tonnes as of July 21, according to MySteel. Chinese steel mills have been reducing output due to growth concerns and poor margins. 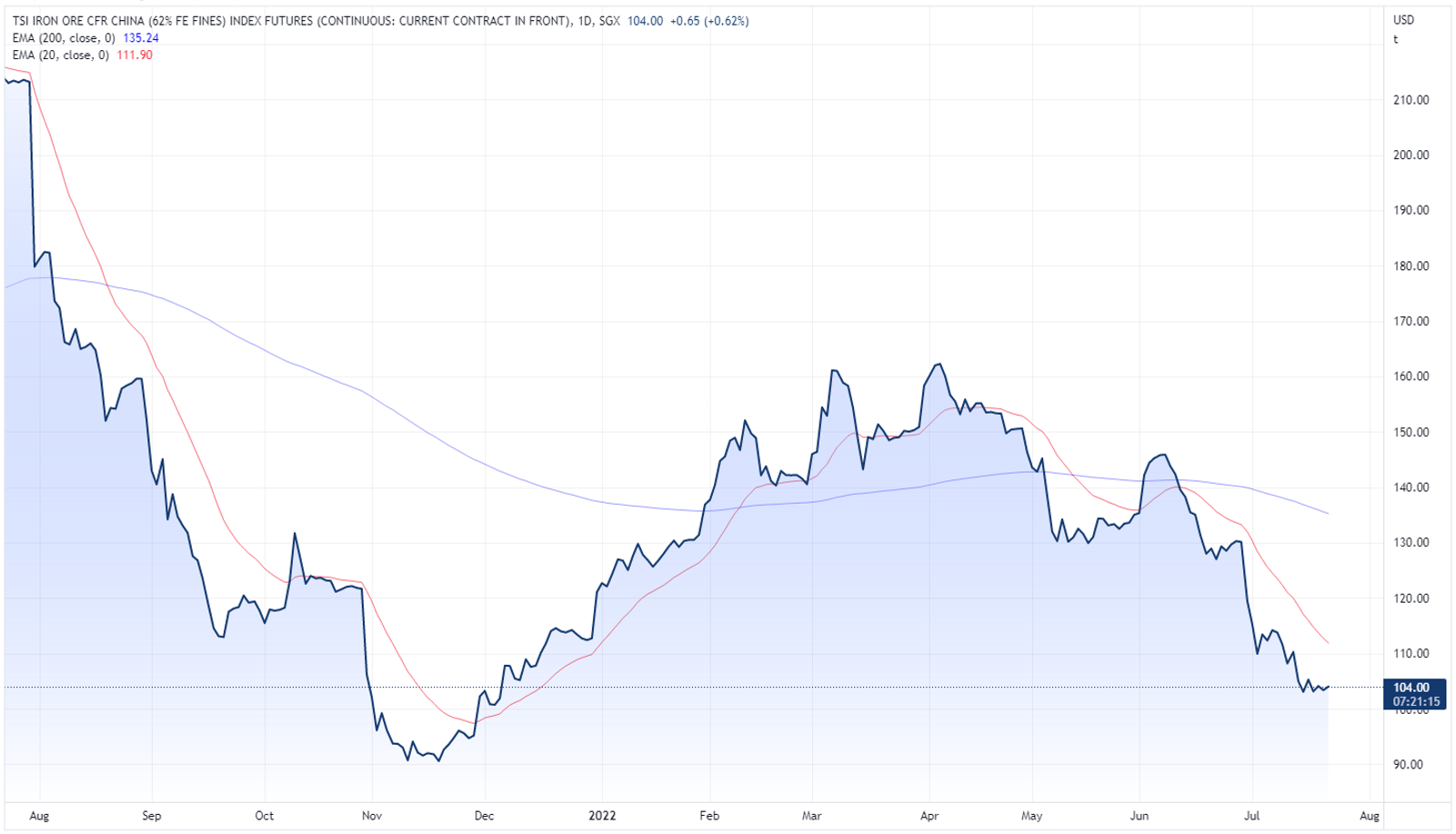 Gold failed to rally on a pullback for the US dollar, briefly falling below the psychological US$1,700 level to a fresh 16-month low on Thursday night.

Gold prices recouped the US$1,700 level after larger-than-expected rate hikes from the European and South African central banks, which took some heat out of the US dollar.

The next two weeks will be loaded with catalysts for gold, including the Fed's interest rate decision and President Biden's meeting with President Xi.

A larger-than-expected rate hike from the Fed would place further upward pressure on the US dollar, which weighs on commodity prices. 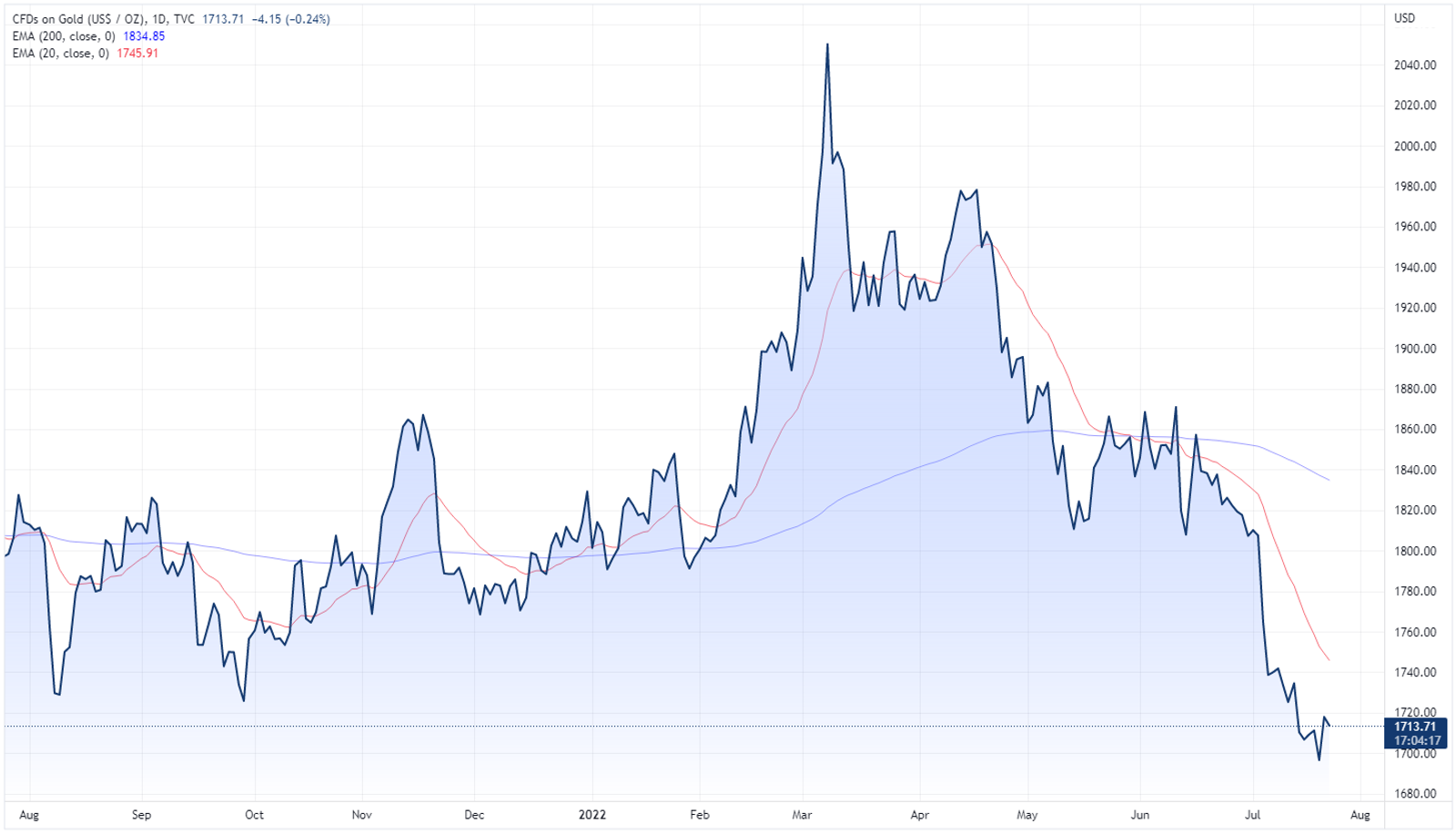 Aluminum prices have tumbled -40% from March all-time highs of US$4,070 a tonne.

Prices have stabilised around 1-year lows of US$2,440, but it doesn't quite make sense given shrinking inventory levels.

Last week, Reuters observed a -64% decline in registered LME aluminium stocks, adding that the "market seems to be assuming that there is no shortage of aluminium despite the headline stocks figure ticking lower every day."

In parallel, Europe has lost about half its aluminium smelting capacity in the past year, with risk of production going even lower amid high power prices and energy rationing, according to Bloomberg. 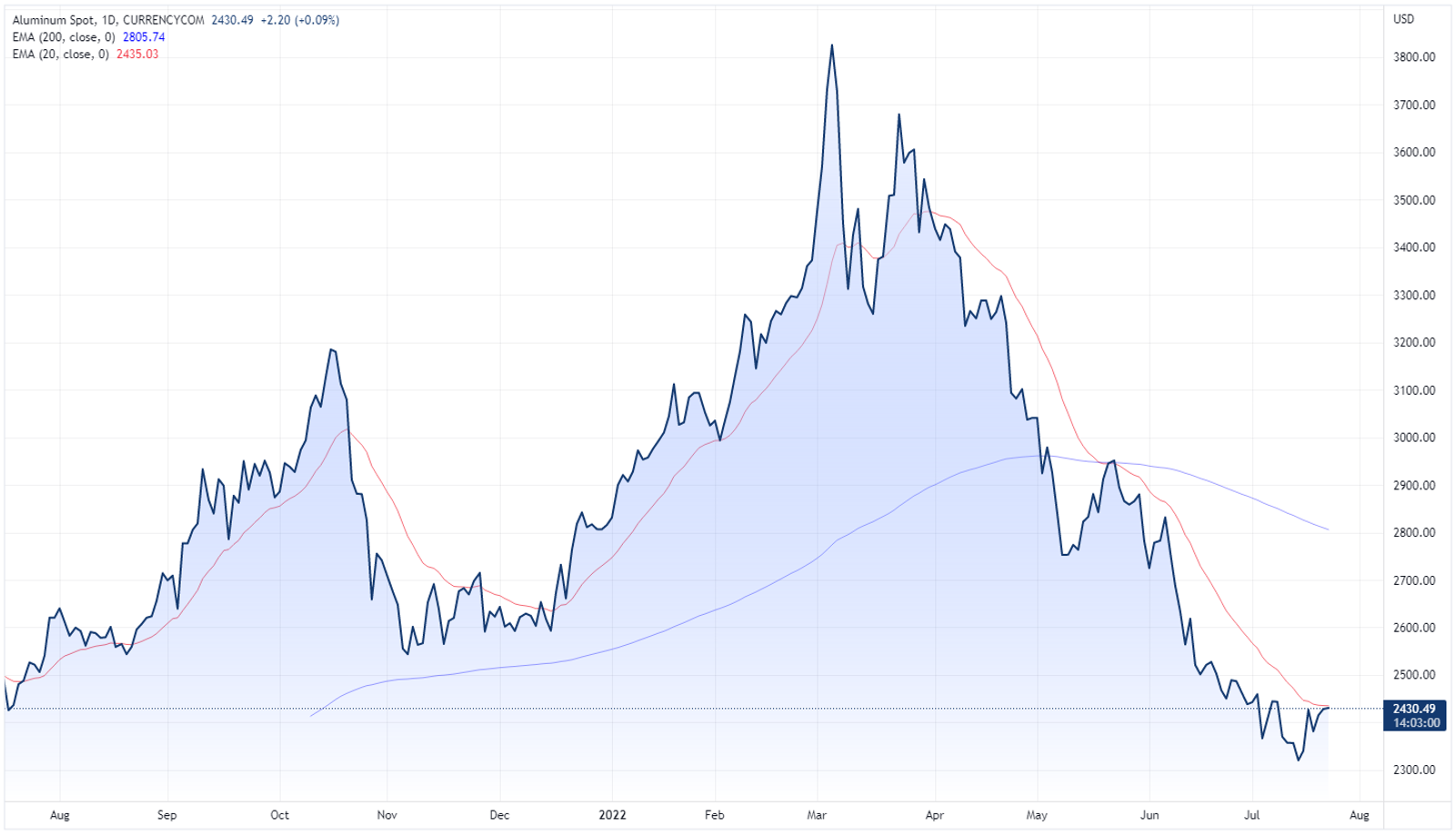