The company laid out drilling plans to capitalise on the success of recent early-stage exploration activities.

“Charger has commenced the statutory approvals process required before the commencement of drilling of the spodumene-pegmatite target at the Medcalf Spodumene Prospect … where rock chip samples returned between 1.51% and 5.13% Li2O,” said managing director, David Crook.

Generally speaking, hard rock lithium grades are usually in the 0.9% to 1.6% range.

The Lake Johnston Project is comprised of two prospects - Mt Day and Medcalf. 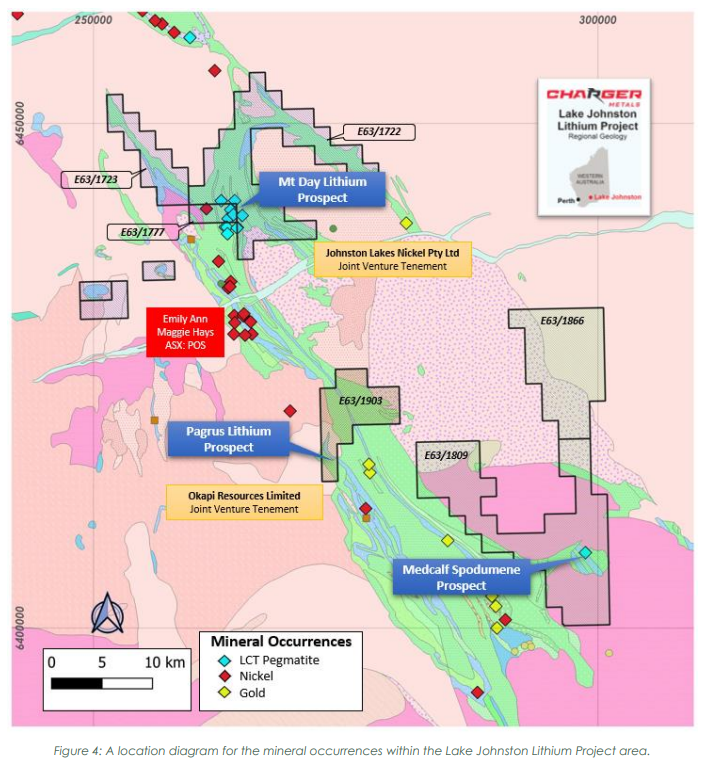 A drill program of approximately 40 holes has been proposed to test the Medcalf Spodumene Prospect. The program is being prepared for the March quarter of 2023.

Elsewhere, Charger flagged a delay in government approval for 'ground disturbing' activities in WA. The company said this has impacted the start date for drilling at the Coates Nickel-Copper-Cobalt Project.

Over 6,000 soil samples has been taken around the Mt Day Prospect. A selection of over 1,100 samples have been submitted to a commercial laboratory for analysis.