Bitcoin is trying to stabilise around the US$35,000 level after last week’s heavy selloff wiped off almost 20% of its market cap.

Cryptocurrencies have cratered under the hawkish signals from the US Federal Reserve.

The Fed is widely expected to raise interest rates three times this year, bringing the effective fund rate to 1.0%.

Low-risk assets like bonds are coming back into play as interest rates make a resurgence from near-zero. This has in turn driven funds away from more speculative pockets of the market including cryptocurrencies and technology stocks.

In the Fed’s December meeting, participants also flagged that a “significant amount of balance sheet shrinkage could be appropriate over the normalisation process.”

The Fed’s balance sheet has more than doubled since September 2019 and up almost tenfold since 2007. The abundance of ‘cheap cash’ has helped fuel speculative assets, equities and cryptocurrencies included.

What happens when the Fed's balance sheet (left) begins to pull back? Is Bitcoin trying to 'price in' the new playing field? 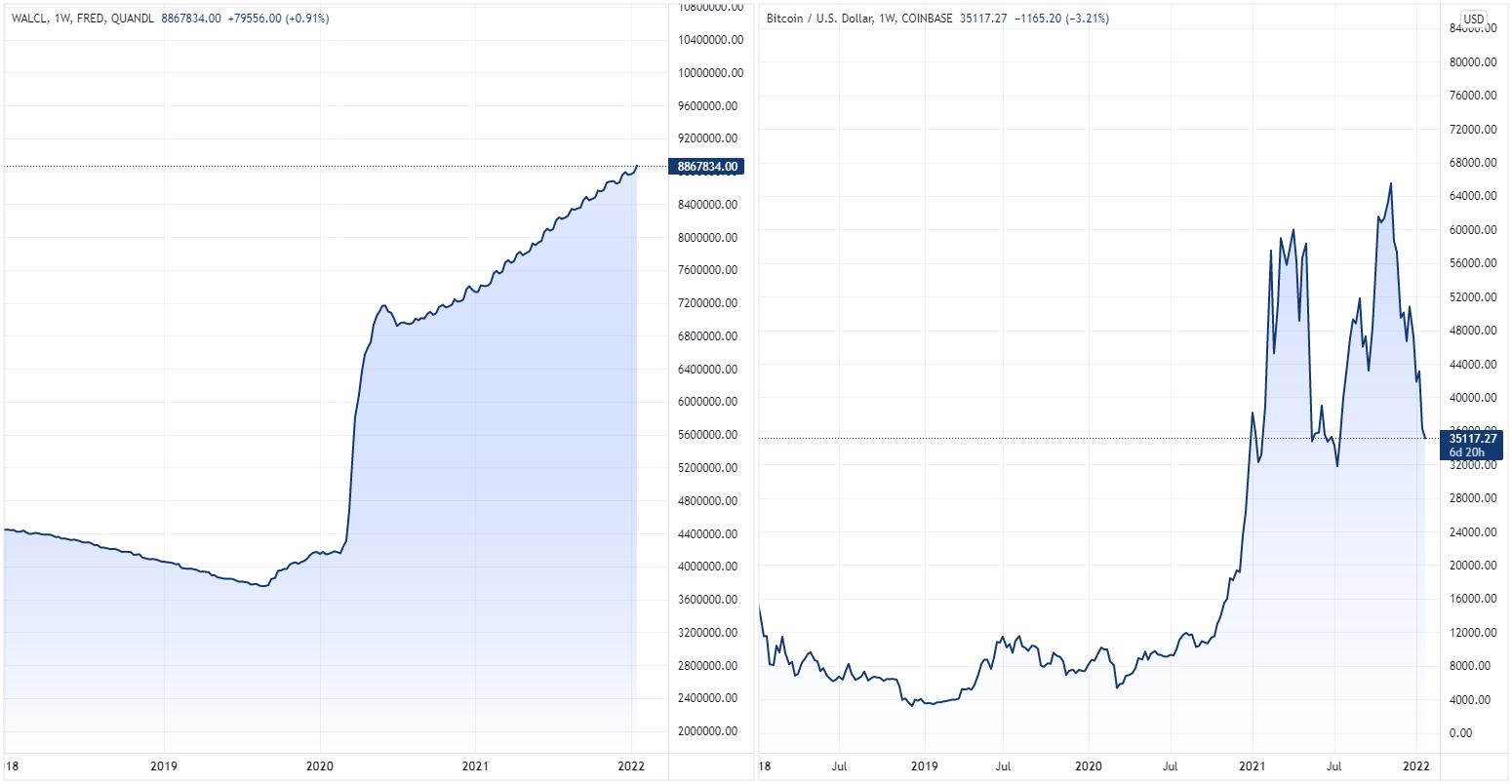 "One of the bullish drivers for crypto over the last two years has been the surplus of pandemic-related fiscal and monetary stimulus globally, and much of that is coming to an end," David Duong, head of institutional research for Coinbase, wrote Saturday in a report.

Two weeks ago, when Bitcoin was trading around US$42,000, Alternative.me's fear and greed index was reading 21.

The index, which is sourced from emotions and sentiments from surveys, market momentum and social media, has since tipped even lower to a reading of just 13. 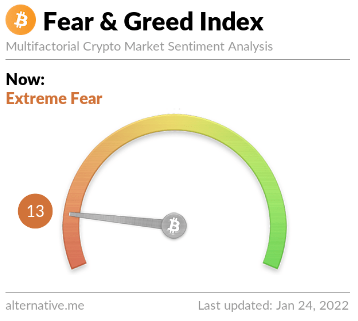 On a lighter note

A few months ago, El Salvador announced it would accept Bitcoin as its legal tender.

As prices continued to dip, he soon changed his Twitter profile picture to that of a McDonalds employee. 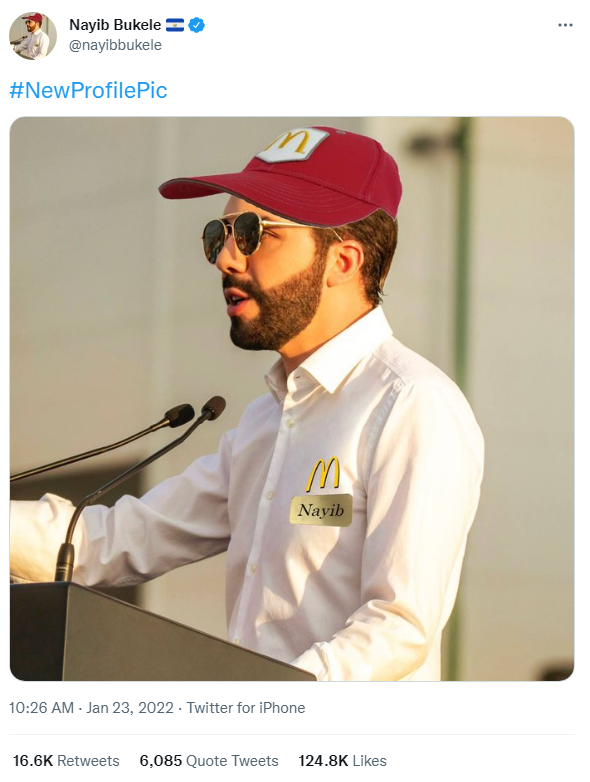