Weather events, covid and higher costs has put a cap on Whitehaven Coal (ASX: WHC) production and ability to capture bullish coal prices. The company’s stock fell as much as -10% as the market opened.

Whitehaven expects managed ROM (run of mine) coal production for FY22 to be between 19m to 20.5m tonnes, down around -5% from its previous guidance of 20m to 21.5m tonnes.

Whitehaven reported Newcastle coal prices of US$184/t for the December quarter, up 274% compared to a year ago.

Whitehaven achieved an average price of $211/t during the quarter, up 144% against the previous period. 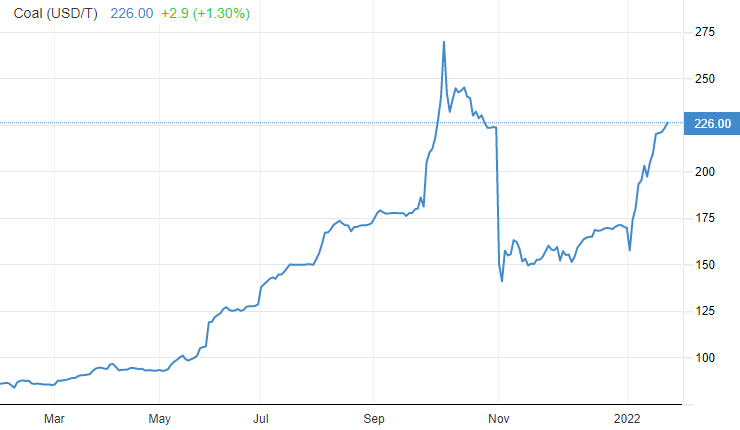 “Coal prices continued at attractive levels through the December quarter and remain well supported for the near future given strong underlying demand and persistent supply-side disruptions.”

The consensus is a Strong Buy rating with a $3.85 price target.

The highest and lowest price targets were:

Brokers held a positive view on coal prices heading into 2022, backed by a recovery in global power demand and supply side issues.