Wall Street paved the way for an upbeat session for the local sharemarket. Positive earnings from names like Uber, Disney and Chipotle reinforced the view that strong earnings can outweigh looming interest rate hikes. 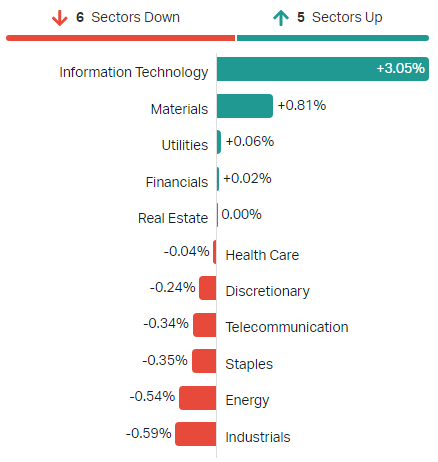 The tech-led rally makes it look like investors have put interest rate fears behind them.

This isn’t the first time China has threatened to apply more red tape around its metals industry.

ASX uranium stocks are enjoying a broad-based rebound, including:

Overnight, Sprott Asset Management added another 500,000 lbs of physical uranium to its trust overnight. The fund was the primary driver behind the uplift in uranium prices last year.

Sprott has so far purchased 3.6m lbs this year with 44.88m lbs in total (more than a third of global annual uranium supply).