The Jesse well is targeting the Leadville Formation, the company says the log character intersected in the well is analogous to wells at the producing Doe Canyon field some 15 miles east.

The company further adds preliminary well results are exceeding pre-drill expectations, supported by the confirmation of a highly dolomitised reservoir. Samples will be sent on to a laboratory for precise calculation of helium concentrations returned in flow testing. 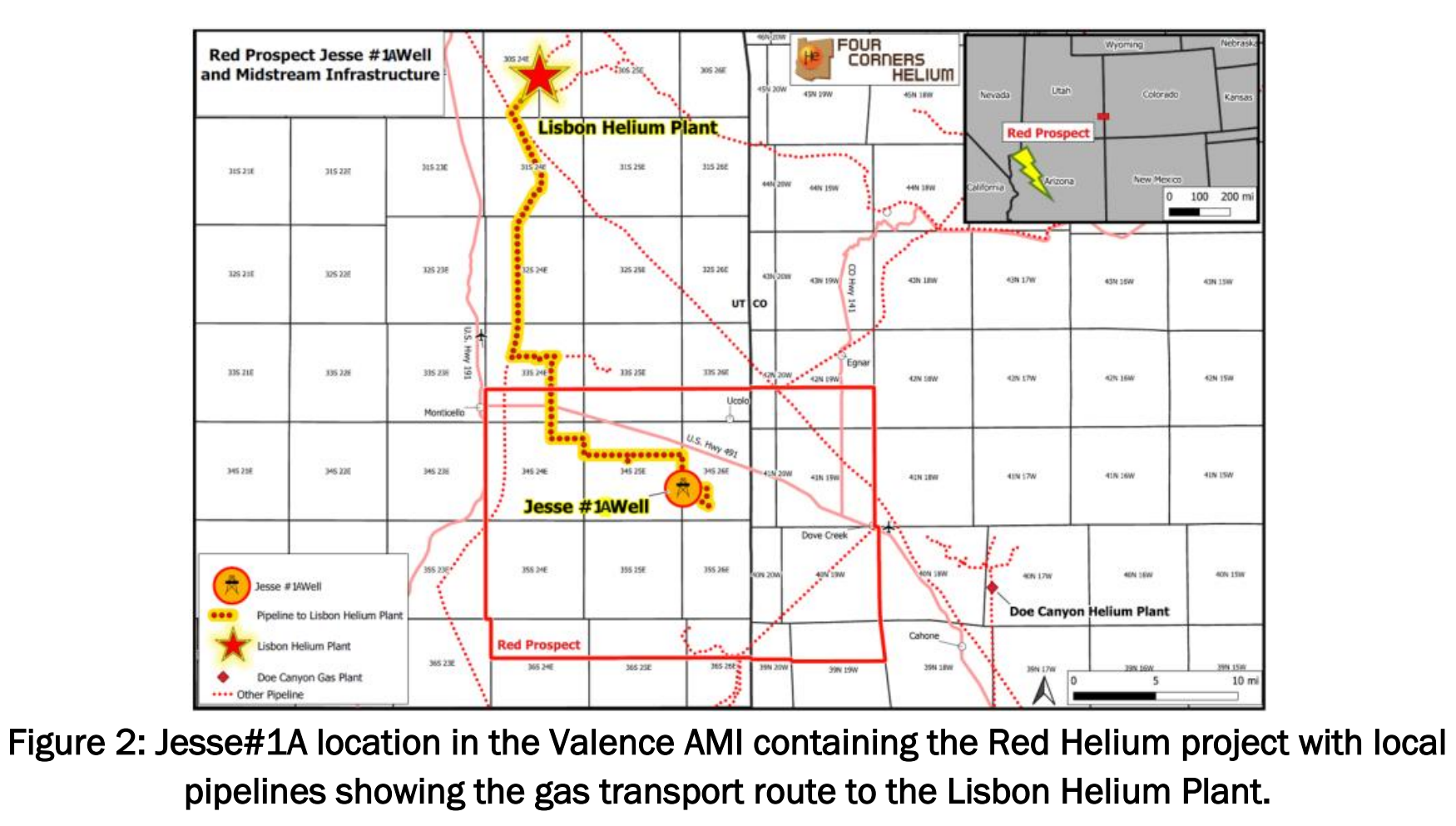 The company has hired a work-over rig to be mobilised to Jesse#1A; Grand Gulf notes "extremely tight market conditions due to high commodity prices" means the work-over rig will not be available for 2 weeks.

The rig will run 4.5 inch production tubing downhole and inject acidic materials into the well to boost flow test results.

The two parties executed an offtake agreement in March this year, with Paradox to receive helium gas from the Red Helium Project.

There is currently a shortage of helium gas hitting world markets in 2022 as two unrelated plants in the US and Russia were both taken offline earlier this year for unscheduled maintenance. The Russian facility has been further impeded by sanctions placed upon the Kremlin following the invasion of Ukraine in late February.

US company Dollar Tree, which sells helium balloons for parties among other products, in the last week published a statement on its website apologising for the shortage of helium balloons to American consumers.

If that wasn't bad enough, there are more concerning implications for a global helium shortage: in April, the US National Weather Service noted it wasn't able to release as many weather balloons as planned because it was not able to find the helium to send the devices skyward.