What is Multiple System Atrophy?

MSA is a neurodegenerative condition that rapidly affects the brain's ability to regulate the body’s staple processes, including breathing, bloodflow and bladder control.

ATH434 is an exploratory product designed to inhibit the body’s production of Alpha-synuclein, a naturally occurring protein in the human body that accumulates to toxic thresholds in MSA patients.

The company notes overproduction of α-synuclein is a “hallmark” of MSA diagnosis, as is excess iron in the bloodstream. 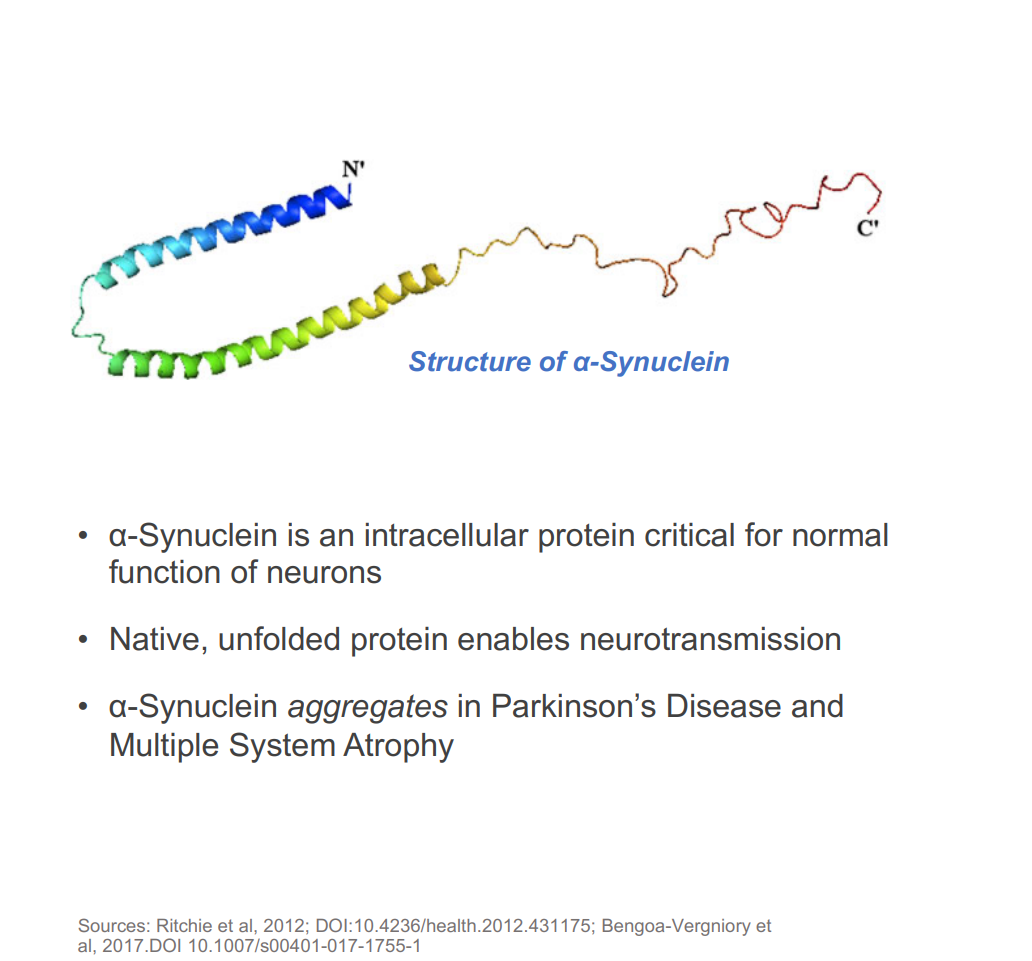 (Source: Alterity) An overview of the Alpha Synuclein protein which ATH434 intends to inhibit

Alterity will launch a randomised and placebo-controlled trial using ATH434 in patients presenting with early-stage MSA.

The study is to explore the way ATH434 impacts the regular progression of MSA through the brain, and, changes to protein biomarkers.

Patients will wear sensors at certain part of the trial and the results of the twelve month study will ultimately provide baseline efficacy, safety, and pharmacokinetic data for the company’s product moving forwards into the second half of the 2023 calendar year.

The company is targeting sixty adult patients to receive ATH434, or, a placebo.

If successful, ATH434 will be big news

Currently, there is no known cure for MSA.

In addition to the lack of a cure, there is no widely agreed upon treatment or therapy for which medical consensus agrees on to improve patient quality of life or extend life expectancy.

Existing treatments largely depend on the use of muscle relaxants and disability products.

MSA affects less than 1,000 people a year in Australia and is thought to impact the lives of some 15,000 people in the US. Medical advocacy players in NZ predict some 4 in 100,000 people are afflicted with MSA in the country.