Due to some incredibly bad timing, today’s news that Adavale Resources (ASX: ADD) has kicked off its 2022 exploration activity couldn’t turn a trick with the market, with the nickel explorer’s share price down -8.47% around an hour out from the close.

Today’s revelations that a gravity survey and focussed soil sampling is now underway at its Kabanga Jirani Nickel Project in Tanzania, would normally have nudged the share price forward.

But not even stocks with good news today could resist being dragged lower amid the market-wide selldown.

However, as trading volumes would suggest, some investors viewed today’s dip as an opportune time to capitalise on today’s good news, in the hope that everything being equal, it will finally find its way to the share price.

Prioritised for continued exploration activities and drilling, the Target 7 prospect within the larger-scale, prospective Luhuma Corridor currently encompasses Adavale North-eastern and Eastern prospecting licences, plus the farm-In agreement tenement to the northeast of Target 7.

It is understood to contain Luhuma mafic-ultramafic intrusion, a chonolith-like body that has been identified over a strike length of 5km.

While little else is known about the scale of the Luhuma mafic-ultramafic intrusion, historical exploration returned a sizable sulphide intersection of 8.4m grading 1.1% nickel in hole LUH06.

A gravity survey carried out by Adavale to the south of the LUH-6 area suggests that the mafic-ultramafic body at Target 7 might be an extension of the mineralised Luhuma intrusion.

One of the company’s primary focuses in 2022 is around exploring the possible extension of the strike to about 8km.

To determine whether the highly prospective underlying mafic-ultramafic bodies at Target 7 and Luhuma can also be defined by geochemical means by targeting pathfinder minerals, Adavale has also started orientation soil sampling programs.

Assuming results reveal good correlation to the mafic-ultramafic intrusions and pathfinder indices, the same indices and template will be applied across Adavale’s existing geochemical database and for more regional scaled programs.

Consensus does not cover Adavale, but the share price is currently around half the $1.00 price it was trading at early June 2021. 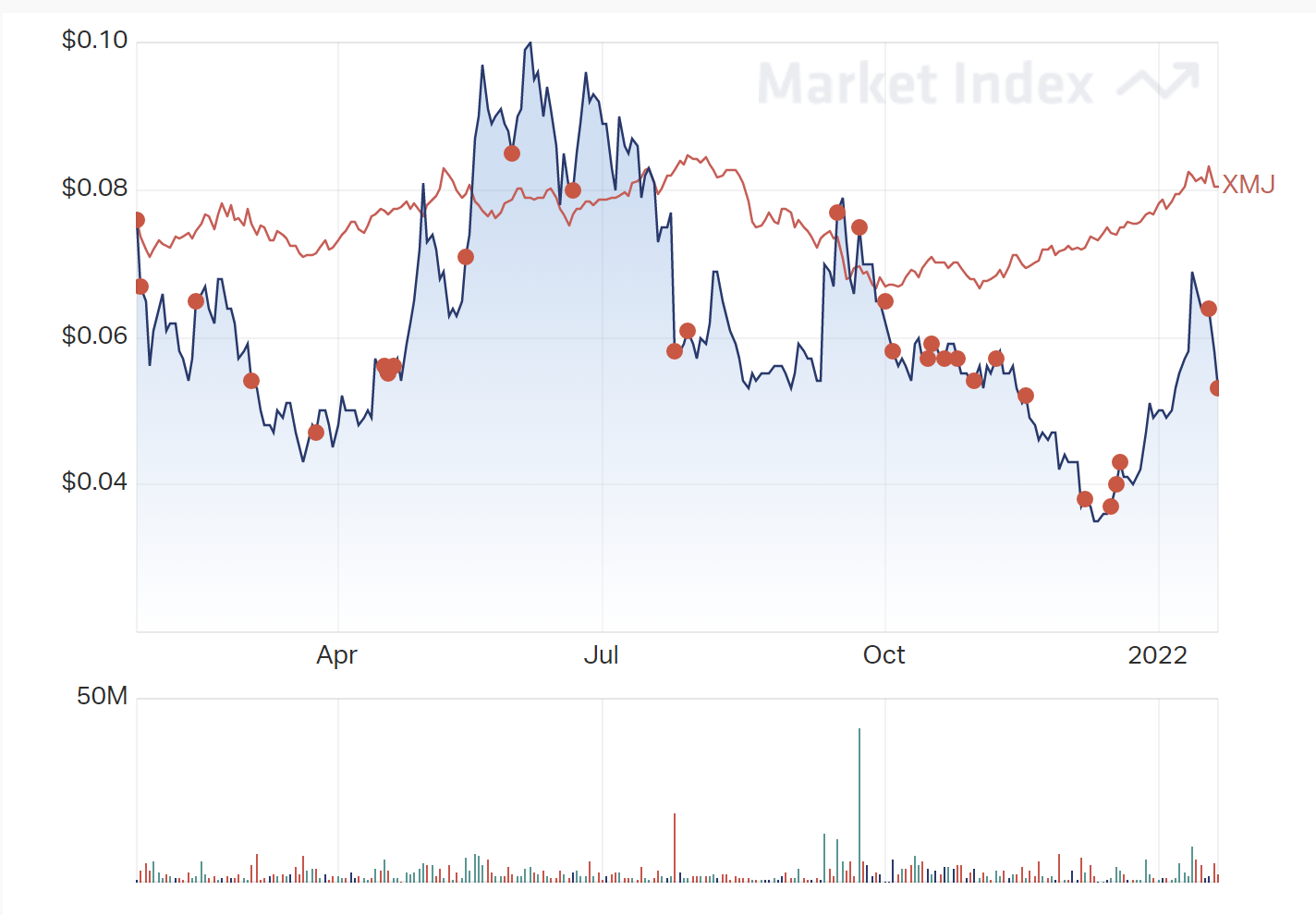