As soon as markets priced-in the new playing field of four interest rate hikes by year-end from the US Federal Reserve, a new wavelength emerged in the form of a hotter-than-expected inflation reading for January and the likelihood of a 50 basis point (bps) hike in March. 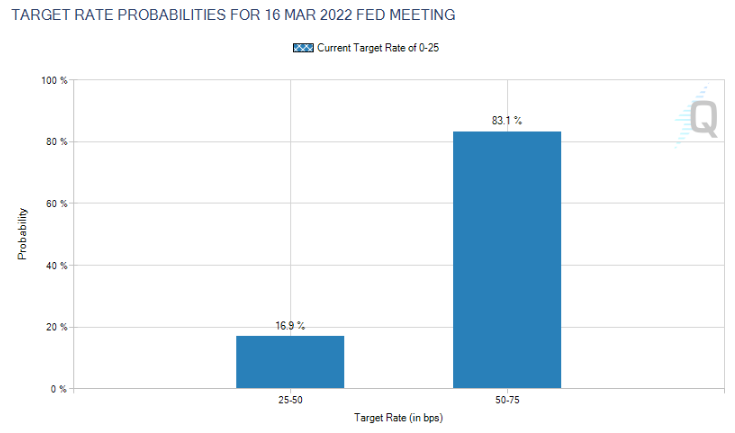 After a momentary rebound, it looks like investors have to once again brace for volatility.

But then again, since when did the market become so soft? Is a 50 bps hike instead of 25 bps really going to derail the economy?

Ron Shamgar, Head of Aussie equities at Tamin Asset Management thinks that “interest rates should go up, and the quicker they go up, the more relief the markets will get, because markets and investors hate uncertainty.”

“Investors are realising that although rates are going up, we’re [Australia] going from zero to maybe 2% within two years. That’s not the end of the world.”

January reflected that narrative of uncertainty weighing on sentiment, with the S&P/ASX 200 experiencing a -9.2% drawdown.

February marked step change for sentiment, and by 10 February, the local share market was down just -2% year-to-date.

The reality is that “big economies are doing quite well and although there is still uncertainty with covid and supply chain bottlenecks, there is no sign of recession anywhere.”

Within an exclusive interview with Market Index, Shamgar shared three stocks that could play favourably into a higher interest rate environment, beyond the obvious like banks and commodities.

A tech spin on bond yields

However, Shamgar thinks the market has undervalued EML Payments (ASX: EML) and the company’s earnings potential in the face of expansionary monetary policy.

EML is a global payments business, holding a growing balance of customer card balances, which they reinvest into safe haven assets like short-term government bonds.

EML currently holds around $2bn in stored value from card balances, and as a rule of thumb, Shamgar says that “every 1% rate rise across the UK, EU and US, EML makes an incremental $20m of profit.”

“Now, just to put it in perspective, that’s two to three times their current profitability. So this is very material for them.”

In many ways, this is a tech spin on insurance companies, which are compelled to amass safe haven assets to back the policies they write.

Bring on the labour shortages

The company provides workforce solutions across a broad range of sectors including health, mining and technology.

“They’re a massive beneficiary of wage inflation, which drives higher margins in their business.”

Coupled with “very low levels of unemployment, a higher turnover of employees … and borders reopening,” Shamgar values the stock at more than $5.00.

"Their revenue is transaction based, so we think they're a beneficiary of elevated inflation."