2021 recap: a record year for IPOs as cheap cash abounds 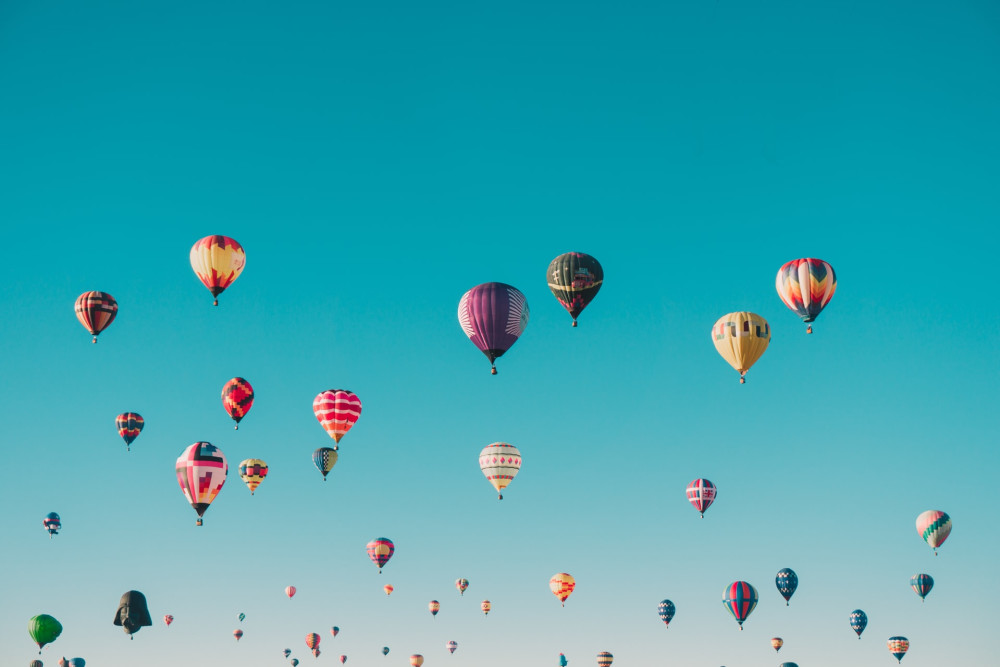 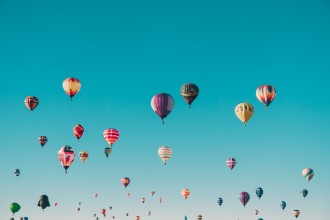 2021 has seen a massive spike in the number of ASX IPOs, with 179 companies going public.

In total, over $12bn of IPOs hit the Australian market.

Over $4bn of that came in October alone, thanks to a huge $1.3bn listing by asset management firm GQG Partners (ASX: CQG). The mega listing vaulted the company into the ASX 100, although at the time of writing, GQG has an ASX rank of 110. 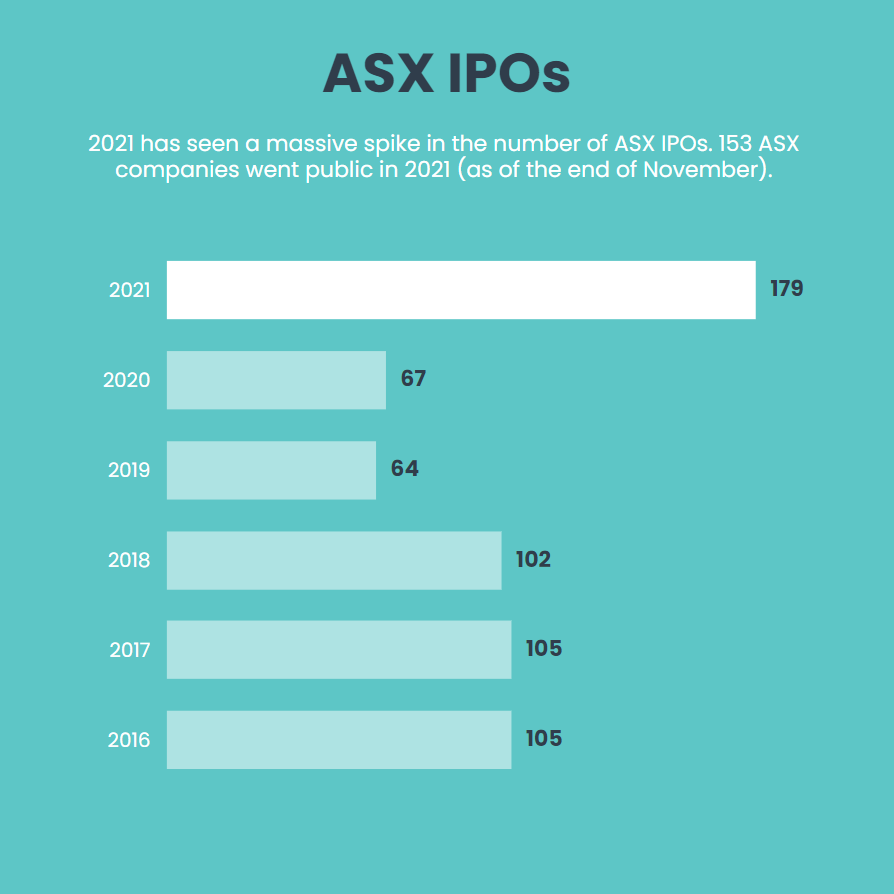 How have these new companies fared?

Copper, nickel, and cobalt explorer Kuniko (ASX: KNI) has been the biggest gainer, up 406.25% since listing in August.

They were followed by Argenica Therapeutics (ASX: AGN), which has gained 250% since the company’s June launch. The company is developing neuroprotective therapeutics to reduce brain damage after strokes.

All three companies listed in May.

Why have there been so many IPOs this year?

With low interest rates leading to unattractive returns through bank accounts, share markets have been popular with Australian investors this year.

More than one million new retail trading accounts were opened in 2021. This is a 67% increase from 2020, which saw around 600,000 new retail investors join the market.

“Undertaking an IPO in Australia allows companies to list at an earlier stage than other public markets and if you look at the types of companies listing, a lot are concept type stocks, so they’re pre-profit and in some cases pre-revenue,” says Lockton.

The IPO frenzy does not appear to be slowing as we move towards the new year.

15 companies are already gearing up to go public in January.

You can always see a list of Upcoming IPOs on Market Index’s homepage. (Just scroll down to the ‘Upcoming IPOs’ section.)

IPOs of interest include Before Pay (ASX: B4P), which will list mid-January with a $35m IPO. Initial market reaction suggests there may be sufficient demand to attract those looking to tap into what many hope could be another BNPL darling stock like Afterpay (APT).

2022 will also begin with the biggest listing in ASX history when Block (formerly known as Square) (NYSE: SQ) lists as a result of the company’s $39bn Afterpay (ASX: APT) takeover.