Where does Pilbara Minerals go from here?

Lithium stocks have been absolutely gutted on Tuesday, with heavyweight Pilbara Minerals (ASX: PLS) headlining the losses, down -22% to a 6-month low.

Goldman Sachs and Citi turned into lithium bears this week, saying that the top is in for the lithium sector.

The Argentina government established reference prices for lithium carbonate sales, set at US$53 per kilogram for exports to countries including the US, China, Japan and South Korea.

Lithium carbonate spot prices is currently 468,500 yuan (US$70,000) a tonne, according to TradingEconomics. So the reference price suggests a potential -33% discount from spot prices.

Breaking down the price action 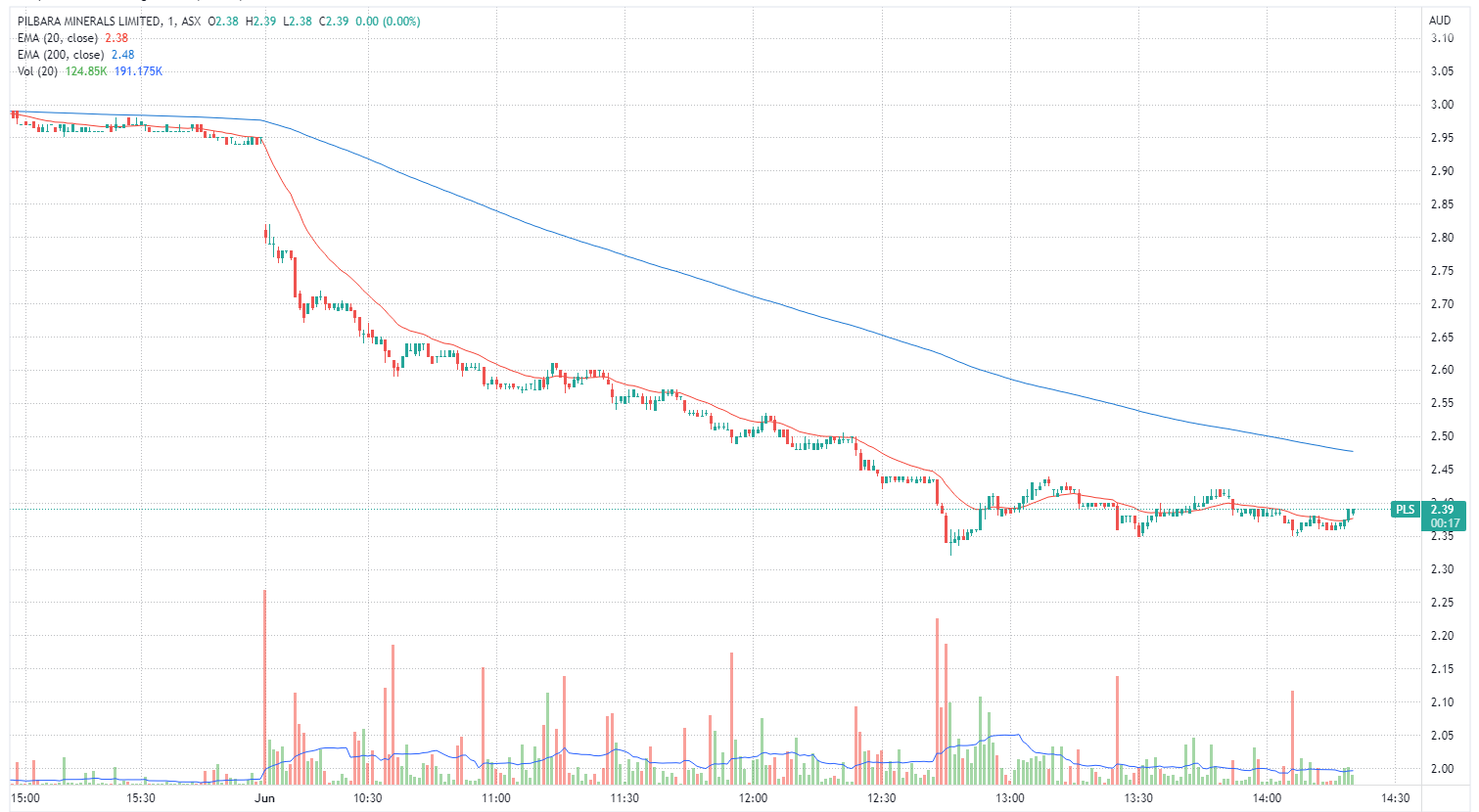 The selloff was on heavy volume, around 130m shares, compared to the stock's 20-day average of 26.6m (excluding today). Its also the highest volume we've seen since last September. 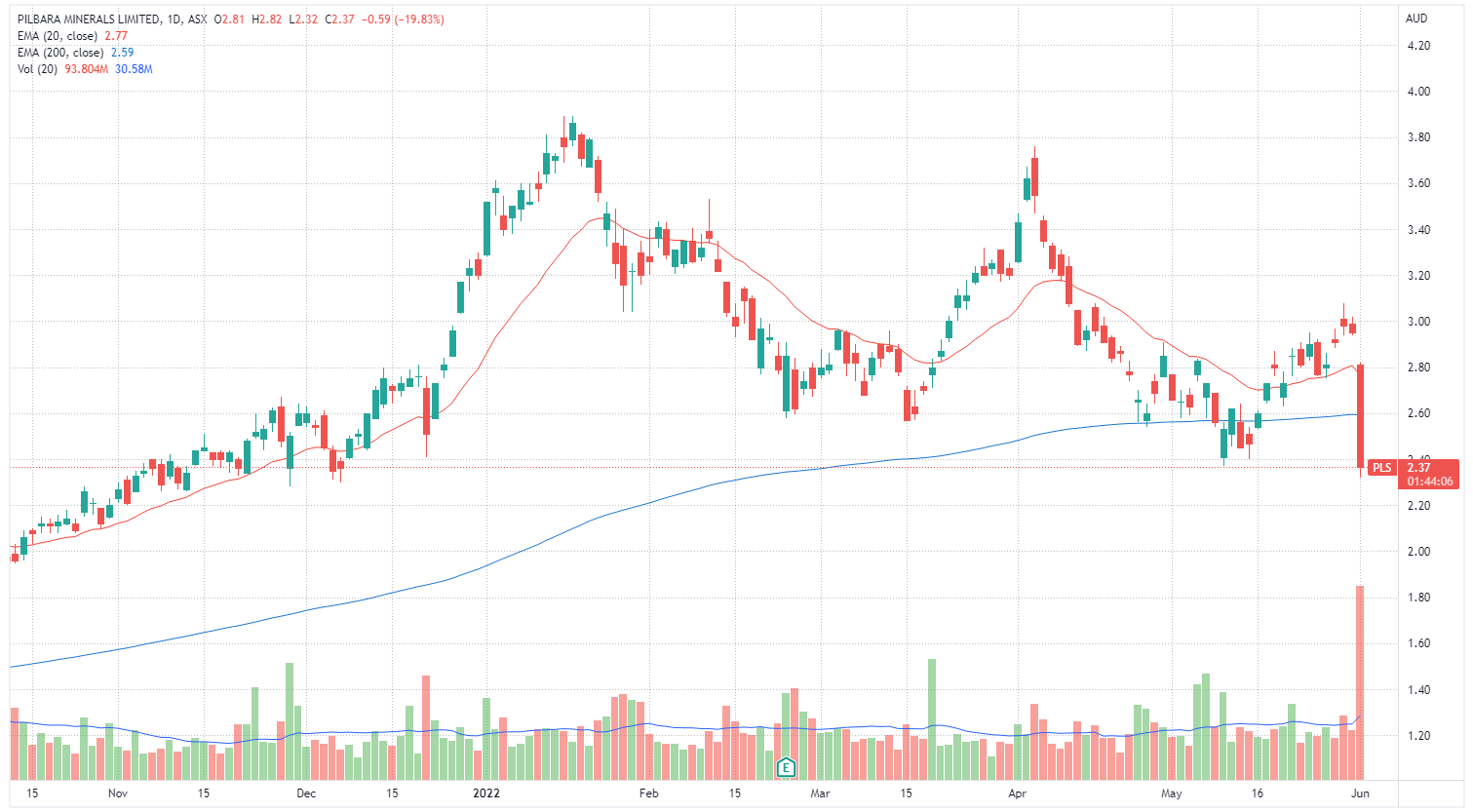 Now imagine you're a buyer today. Pilbara Minerals has been selling off for most of the day, it's likely that most buyers are underwater.

The most accurate answer is - who knows?

Is the stock technically oversold? Yes.

Is the Argentina news a big deal? Possibly.

Although Pilbara Minerals produces lithium out of its Pilgangoora Project in WA.

What has to be acknowledged is that a selloff of this magnitude - in terms of both % decline and relative volume - takes the life out of a stock's momentum. Even if, contrary to Goldman and Credit Suisse views, that lithium remains a bullish sector.

The two stocks, even after clarifying and resolving the catalyst which caused the selloff, weren't quite the same afterwards - even though many lithium and nickel peers kept on rallying until late April.

The selloff isn't isolated to just Pilbara Minerals but the broader lithium and green metals sector. Stocks across nickel, cobalt, uranium and more have been subject to quite a brutal correction.

The other consideration is that Goldman and Citi have released research reports about why the top is in for lithium. Funds could be using these reports to reduce their exposure to lithium names.

The million dollar question is - where do all the capital outflows go? Is it into a new, under-the-radar commodity? A new sector? Or nowhere.