A recent gravity survey from the newly listed copper-gold hopeful WA1 Resources (ASX: WA1) has identified a significant anomaly at the West Arunta Project in WA.

“It is these sorts of IOCG exploration targets which have the potential to produce a meaningful discovery.”

WA1 believes the anomaly is comparable to IOCG deposits such as Prominent Hill, owned by Oz Minerals (ASX: OZL) in South Australia.

“This result is timely and will be an additional focus for our on-ground field programs planned to commence in early April,” added Savich

Over the next 12-months, WA1 hopes to systematically compile comprehensive datasets for the West Arunta Project in the lead up to a maiden drilling campaign.

Within the company's prospectus, WA1 said it intends to undergo “immediate diamond drilling of any identified targets as generated by the newly acquired geophysical data and interpretation work based on them.”

WA1 shares briefly rallied 40% to 28 cents on its ASX debut on 8 February.

Its shares have come back to the low 20 cent level, still above its IPO offer price of 20 cents per share. 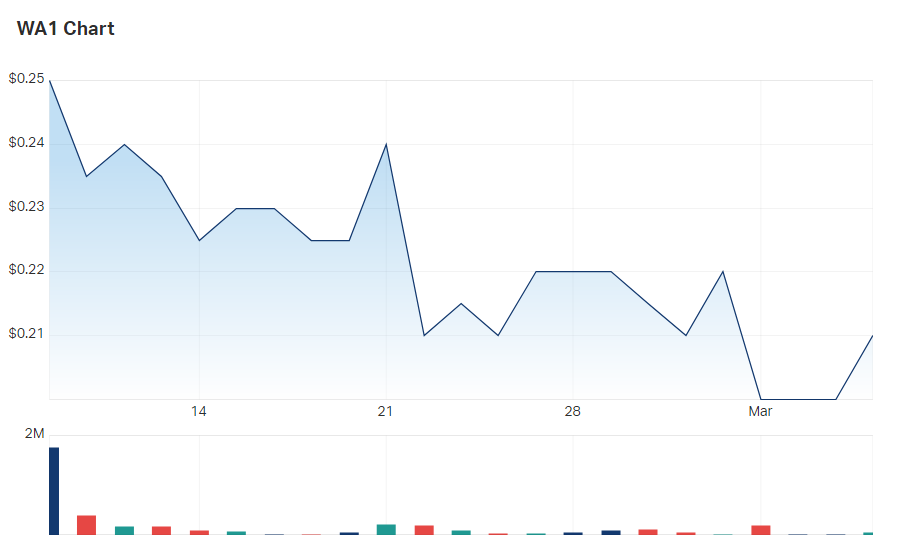