US economy shrinks for a second straight quarter: Is it a recession or not?

The US economy weakened much faster than expected in the June quarter, contracting -0.9% compared to consensus estimates of 0.4%. This follows a -1.6% annual drop in the March quarter, mainly due to downward revisions for inventory and residential investment.

The US relies on the National Bureau of Economic Research (NBER) to declare a recession, who takes into consideration a broader range of factors including the labour market, consumption and investment - areas that have held up relatively well.

Still, there's a lot of debate about whether or not we're in one. So here's some food for thought for both sides of the argument.

Why its a recession

The last 10 times the US had 2 or more consecutive quarters of negative real GDP growth, the economy was in a recession, according to Compound Capital. 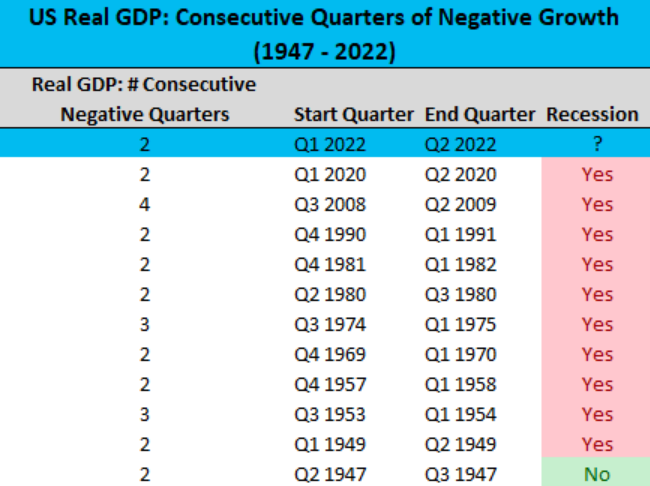 Definitions aside, it feels like a recession for many US consumers, with wages struggling to keep up with inflation and consumer confidence plummeting to all-time lows.

US real average hourly earnings have declined for 15 consecutive months, down -3.55% compared to a year ago.

Job growth is not enough

In the mid-70s recession, the US economy added jobs in each of the recession's first eight months. 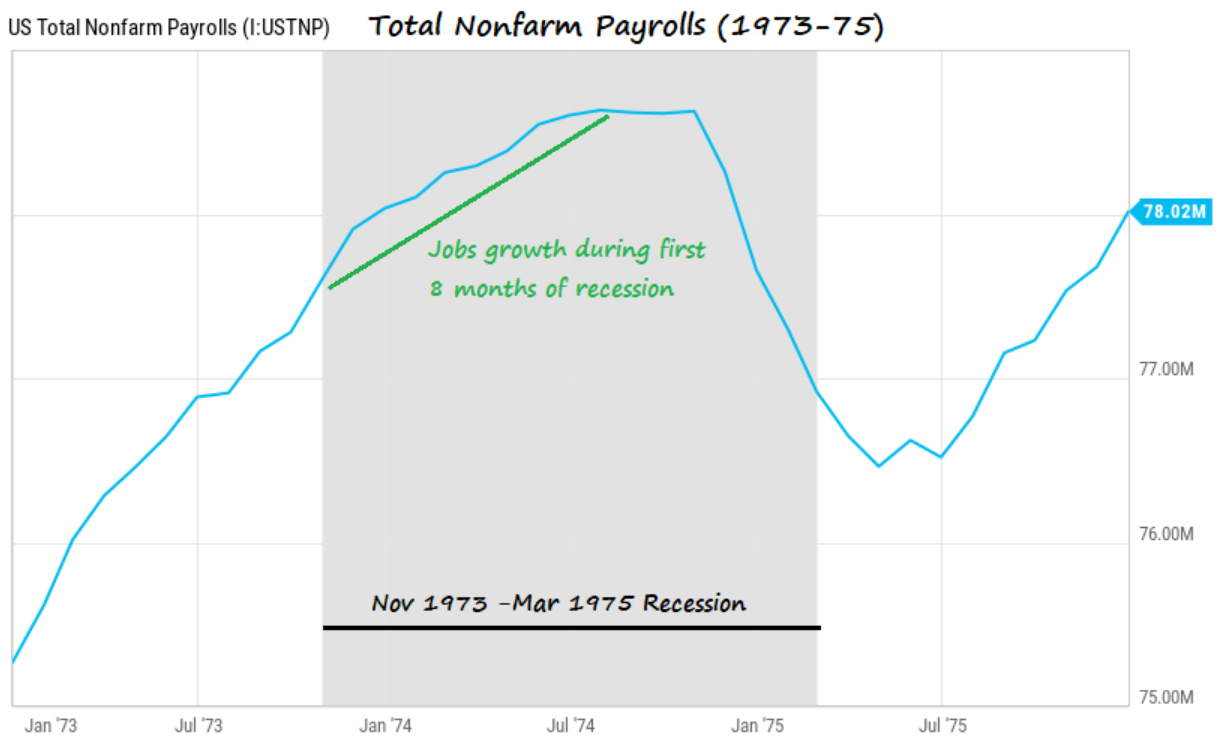 Why its not a recession

Payrolls are too strong

JP Morgan's daily economic briefly said "despite a second consecutive quarter of negative GDP growth for 2Q, we do not believe the US slipped into a recession earlier this year, given nonfarm payroll growth averaged 375,000 per month during the second quarter."

Though, the investment bank warned that "the recent large increase in initial jobless claims ... raises our level of concern about a recession taking hold."

"We believe that a further step upward - to an average 275,000 this quarter - would be a strong signal that the US entered a recession." 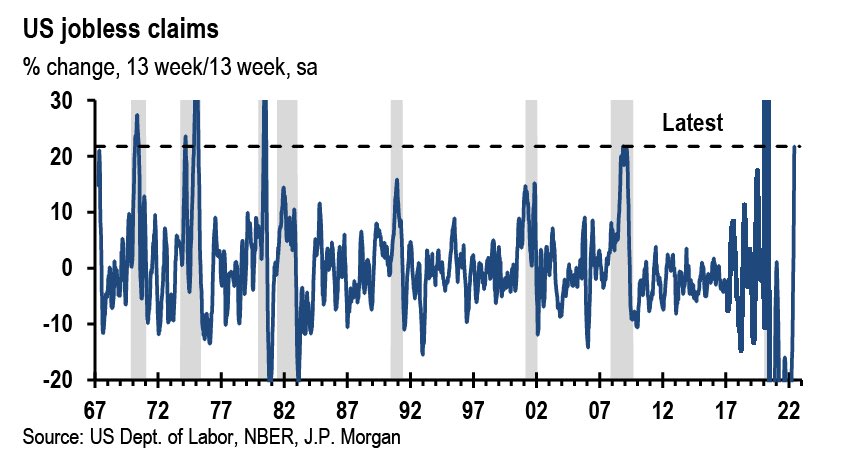 The Biden administration insists the economy is not in a recession.

"Coming off of last year's historic economic growth -- and regaining all the private sector jobs lost during the pandemic crisis ... it's no surprise that the economy is slowing down as the Federal Reserve acts to bring down inflation," Biden said in a statement on Thursday.

""But if you look at our job market, consumer spending, business investment, we see signs of economic progress in the second quarter as well," he added.