Trigg Mining could be poised to materially outperform: Is anyone listening?

Investors can be forgiven for dropping the potash stocks into the too hard basket recently after Salt Lake Potash (ASX: SO4) entered receivership last October following disappointing results from the project’s initial plant feed salt program.

Then along came Trigg Mining (ASX: TMG) which last month reignited the market’s interest [somewhat] in potash on the back on a major new find.

The share price has jumped around 30% from $0.07 21 March to $0.10 early April after announcing significant growth potential across its sulphate of potash (SoP) projects near Laverton in WA.

As one of Australia’s largest deposits of SoP, Trigg managing director Keren Paterson told investors that recent results demonstrate the potential for a multi-decade, tier one SoP production hub based around the company’s flagship Lake Throssell asset.

To the uninitiated, SoP is the most environmentally friendly form of potassium-based fertiliser that’s used for chloride-sensitive crops, including fruits, vegetables and tree nuts.

Given the global disruptions to global fertiliser supply chains, courtesy of the war in Ukraine, Paterson believes the growth potential for Trigg’s SoP pipeline is even more critical than ever for global food security.

Other favourable considerations for Trigg include Australia’s reliance on imports for all its SoP requirement of around 63,000 tonnes pa, and the potential massive hole left by Russia and Belarus which collectively account for 40% of the total global market between them.

Then there’s the very real prospect of a local sourced SoP being more environmentally friendly than imported SoP which is manufactured through a chemical exercise called the Mannheim process.

Survey data has identified an 80km-long palaeo valley that is up to 3.5km wide and extends 100m deep.

Trigg is planning to drill Lake Yeo later this year.

Paterson admits that SoP is a fledgling industry and that producing the minerals required from these brine sources is no walk in the park.

Given the time-horizon and scale of this project, Paterson is adamant about getting it right, which she says “requires patient capital.”

Following a $4m renounceable rights issue and placement in January, Trigg has the necessary capital to advance this project and is currently working towards the PFS.

But Paterson is also quick to recognise investor wariness, especially given heightened share market volatility, the untested nature of this venture and ESG considerations. 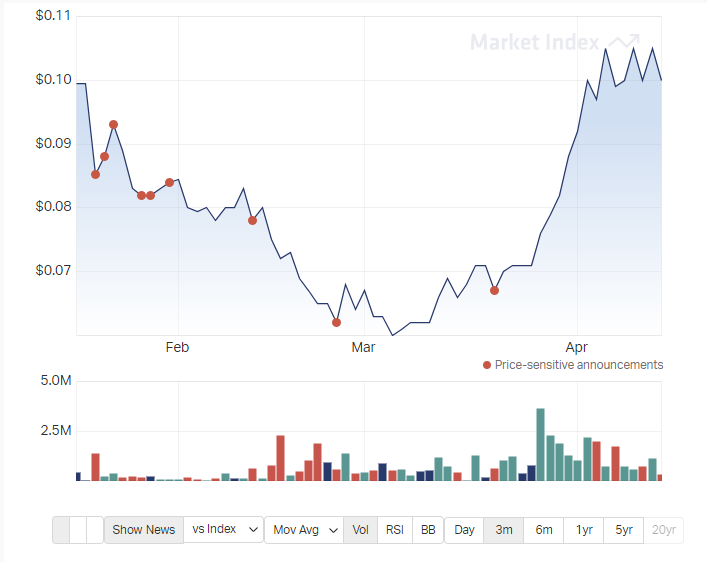 The ups and downs of potash exploration: Trigg Mining - a three-month snapshot.