24.5k barrels of oil were taken from the Port of Geraldton (PoG) to Singapore using what the company calls a new tanker export route.

The AB Paloma took the oil from the WA-based Arrowsmith Stabilisation Plant at the PoG.

The tanker will remain on standby as a further 25k-30k barrels of oil are produced and shipped on-board before it heads off to a refinery in Singapore.

Triangle notes this method allows for the Perth Basin oil field(s) and the Cliff Head field to continue enjoying secure access to a sales line.

Other Perth Basin producers, the partnership says, can facilitate access to the route via the Cliff Head JV (CHJV).

The Cliff Head field will see its production quotas expanded later next month when the CH10 well is worked-over; commencing later this month.

The partnership notes long lead items await delivery into Australia, most crucially, a submersible pump. Assets were purchased in Triangle’s capital raise in May.

“I congratulate [Triangle] on this significant milestone and we look forward to future work.”

“This is an exciting time and a major turning point for the CHJV,” Todd said.

“We will continue exporting and selling the oil produced from Cliff Head for the foreseeable future.” 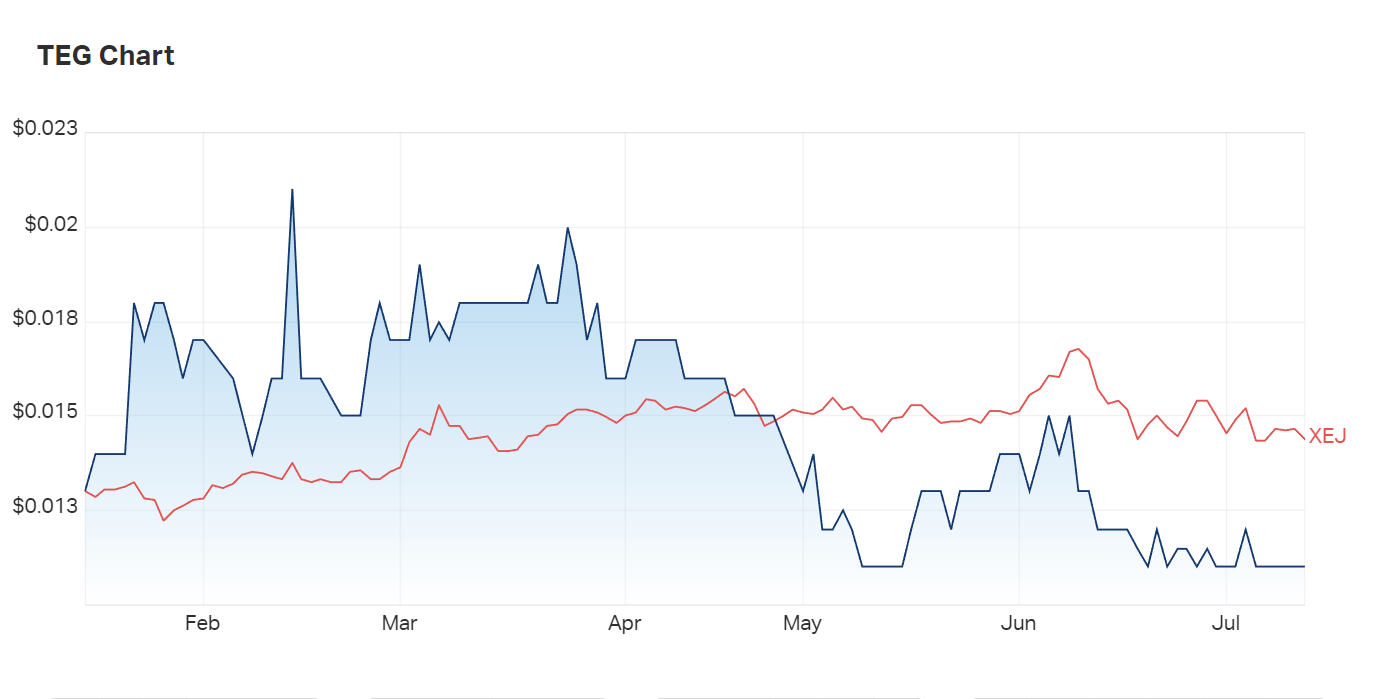 TEG's three month charts versus the energy index. Will the partnership with Geraldton Port be enough to get Triangle out of this rut?