A study launched back in July has wound up for Technology Metals, (ASX:TMT) giving its two-pronged Murchison tech metals project a resource of over 44.48 million tonnes of ore containing vanadium.

The company will partner up with LE Systems to use its vanadium in Australian batteries within grid-scale energy storage applications.

Vanadium metal, in the form of vanadium electrolyte, is being added to the battery assets in ongoing trial runs.

LE System will provide its expertise in creating vanadium electrolyte from the ore shipped from Murchison, where the company already owns a plant designed to make it.

Based on the results of today’s integrations study, management has started hunting for a firm to update the economics surrounding the project and lead the company towards a final development decision before December. 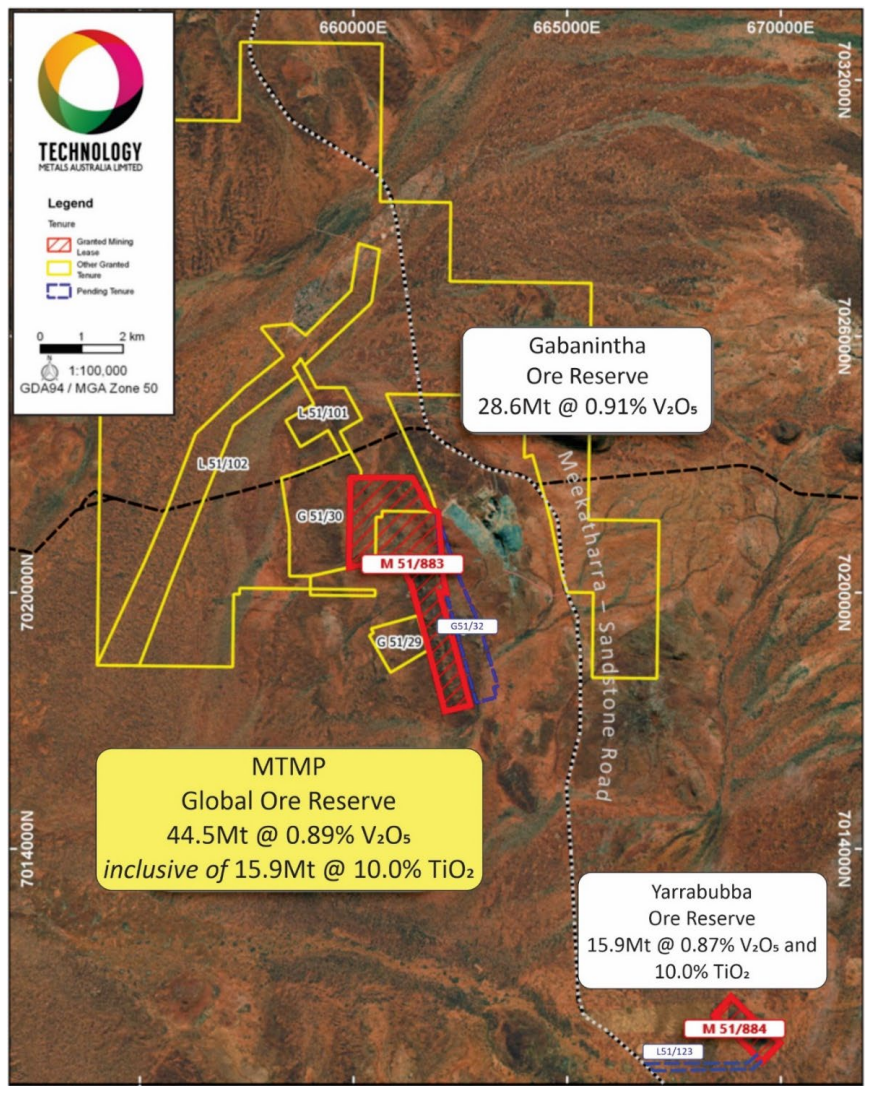 A map detailing the acreage, with resource information attached, underpinning the project

A look at specifics

The study released today gives the project the following creds:

While it develops its vanadium mine, Technology Metals will commence the mining and selling of ilmenite to Asian customers for use in industrial dyes. The company believes the product will reel in US$310/tn.

Once the vanadium operations go live, the material will be trucked to Fremantle Port for export, while ilmenite in the earlier stages will be trucked north to Geraldton under the direction of KOP Ventures, the company’s project subsidiary.

A further raft of information surrounding the project’s economics is slated to be released before the end of the year.

Technology Metals on the radar this year

As investors retain enthusiasm for battery metals projects (as well as projects seeking metals to be used in electrification initiatives,) Technology Metals has landed on more than one radar this year.

Case in point: year to date (YTD) performance is up 29.3% (though, for long-term shareholders, one year returns currently top out at 8%).

The company boasts a market cap of $78.6m and is ranked 265 of 911 companies in the materials sector.

At the end of the June quarter, the company held $18.6m in cash.

Disclaimer: Market Index helps small-cap ASX listed companies connect with Australian investors through clear and concise articles on key developments. Technology Metals was a client at the time of publishing. All coverage contains factual information only and should not be interpreted as an opinion or financial advice.