Solid earnings result by National Storage given a frosty reception

Despite posting a 48% jump in HY22 earnings and beating the consensus of analysts’ forecasts, National Storage REIT (ASX: NSR) has failed to impress analysts, most of which maintained “sell” and “hold” ratings even after a post-results market rally briefly lifted the storage group’s stock price 10%.

The REIT, which controls an array of self-storage assets in Australia and NZ, has garnered something of a reputation as a serial underperformer, having disappointed investors with negative full-year earnings surprises for the past five years, based on Morningstar data.

The $58.2m underlying earnings result for HY22, which included a 34% increase in storage revenue and a 15% lift in the interim dividend, to 4.6 cents per share, failed to persuade the market, which clawed back most of the gains made following the results-day rally on February 25.

As part of this growth strategy, the company made 11 acquisitions during first half FY22, totalling $60m in investments, and a further 7 storage sites totalling $84m in spending are expected to be opened in second half FY22.

The REIT was also trying to increase occupancy above 90%, which would deliver $16m in additional revenue per annum. 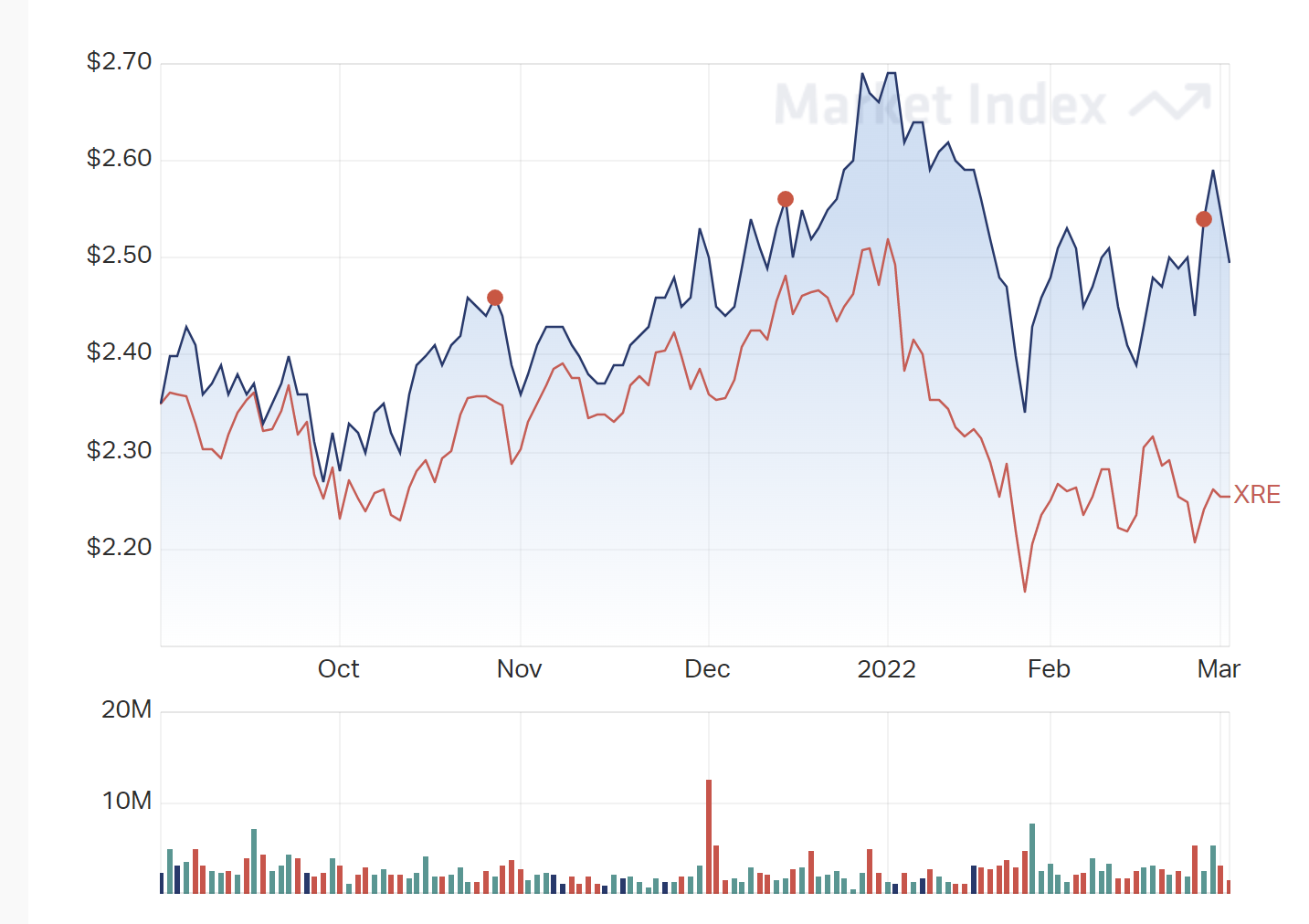 It's been a rocky six months for the National Storage share price.

Most analysts maintained their existing “hold” or “sell” although with higher target prices.

Bucking the trend was Ord Minnett, which upgraded the stock to “buy” citing “strength in operating metrics” and the company’s expansion plans as factors.

The broker sees strengthening operating metrics, investment capacity (low gearing of 22%) and the rollout of a 140,000sqm development pipeline over the next two years, as growth drivers for the REIT going forward, and has lifted the target to $2.90 from $2.70.

The stock was trading at $2.48 at noon today, marginally above its $2.44 close prior to the earnings result.

Consensus on the REIT is Moderate Sell.

Based on Morningstar’s fair value of $2.19, the REIT appears to be overvalued.