Having been sold down along with the broader market on the back of key macro concerns, none the least being war in Ukraine, Morgan Stanley believes SG Fleet (ASX: SGF), has fallen into buying opportunity territory.

Given that the fundamentals have, if anything potentially strengthened, the broker maintains an Overweight rating and $3.40 target price, 41% up its opening price in early morning trade.

Through no fault of its own, the gains the fleet management company made following a strong first half FY22 result, which was a large beat against Morgan Stanley's expectations, have been given back due to broader market weakness.

The market voted with its feet, following 16 February revelations that first half profit was up16.6% at $29.7m against the previous period, with the share price ending that trading week around 16% higher.

Equally noteworthy at the half year, net profit and underlying earnings per share (EPS) were up 54.3% and 23.5% respectively.

A fully franked interim dividend of 8.318 cents a share was paid yesterday.

Equally pleasing at the half year were signs of early benefits from LeasePlan which the company acquired last September, with $8.1m and $9m four-month contributions coming from the company’s Australia and NZ businesses respectively.

Management also updated on local and global operations, noting that the Australian segment of the business witnessed “a significant number of new accounts” and “several large contract extensions”.

In addition to the renewal of a large government contracts in NZ, management also guided to “number of new business opportunities” as the United Kingdom begins to relax covid restrictions.

Management also noted that with supply disruption issues impacting the ability to deliver the increasing number of orders won in this and earlier periods, a sizable chunk of the order pipeline will end up being delivered in future periods. 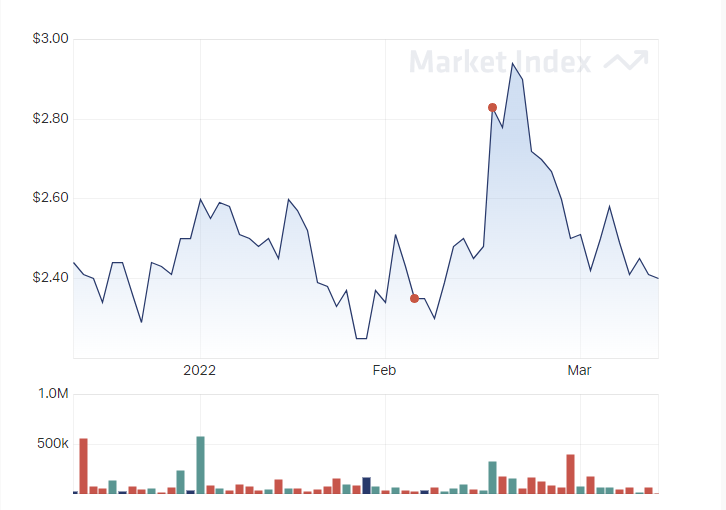 Based on the two brokers that cover SG Fleet (as reported by FN Arena), the stock is currently trading with 32.4% upside to the current price.

Following the first half result, Macquarie retained an Outperform rating and $2.98 target price, noting that SG Fleet's underlying interim profit beat the broker by 10%, on organic growth of 19% year-on-year.

Macquarie is also encouraged by underlying strength in the used vehicle value environment, with management noting values were higher half on half.

Based on Morningstar’s fair value of $2.79, the stock looks undervalued.