The share price for microcap lithium explorer Riversgold (ASX:RGL) is up 11% in morning trades, after the company flagged its discovery of more pegmatite outcrops on-site its WA Tambourah lithium project.

Despite crashing from its four year high in April, the company remains one of the more impressive microcaps, performance-wise, with year-to-date growth up 94.7%.

At the same time, one month performance has risen 15.3% and the company currently outperforms the materials sector on a one year basis by 6.65%.

It remains to be seen whether assay results from 800 geochemical samples, recently collected from Tambourah, could see the company’s performance head back towards its April levels, right before the global market shock really got going.

What is the Tambourah project?

Located in northern WA, Tambourah boasts three priority targets for drilling teams to eventually descend on. Those targets are:

Back in April, the company discovered another three veins at the Bengal prospect believed to host lithium mineralisation. Earlier this year, Riversgold picked up four permits across the Pilbara region covering some 164km².

With the new pegmatites announced today added to that existing count, viable targets at Bengal stretch across a width of some 650m.

Rock chips from the new pegmatites will be assayed, though, investors should note assay labs in WA are currently seeing delays across the board.

Also worth noting is the choice of drilling contractor, Ultramag, which Riversgold claims is able to offer drilling services with a -75% reduction in costs.

For the uninitiated, a quick recap on the benefits of lithium: it is a crucial component in EV battery supply chains, for which demand is projected to rise steadily into 2030 and beyond.

Some major global lithium benchmarks are up over 415% year on year. 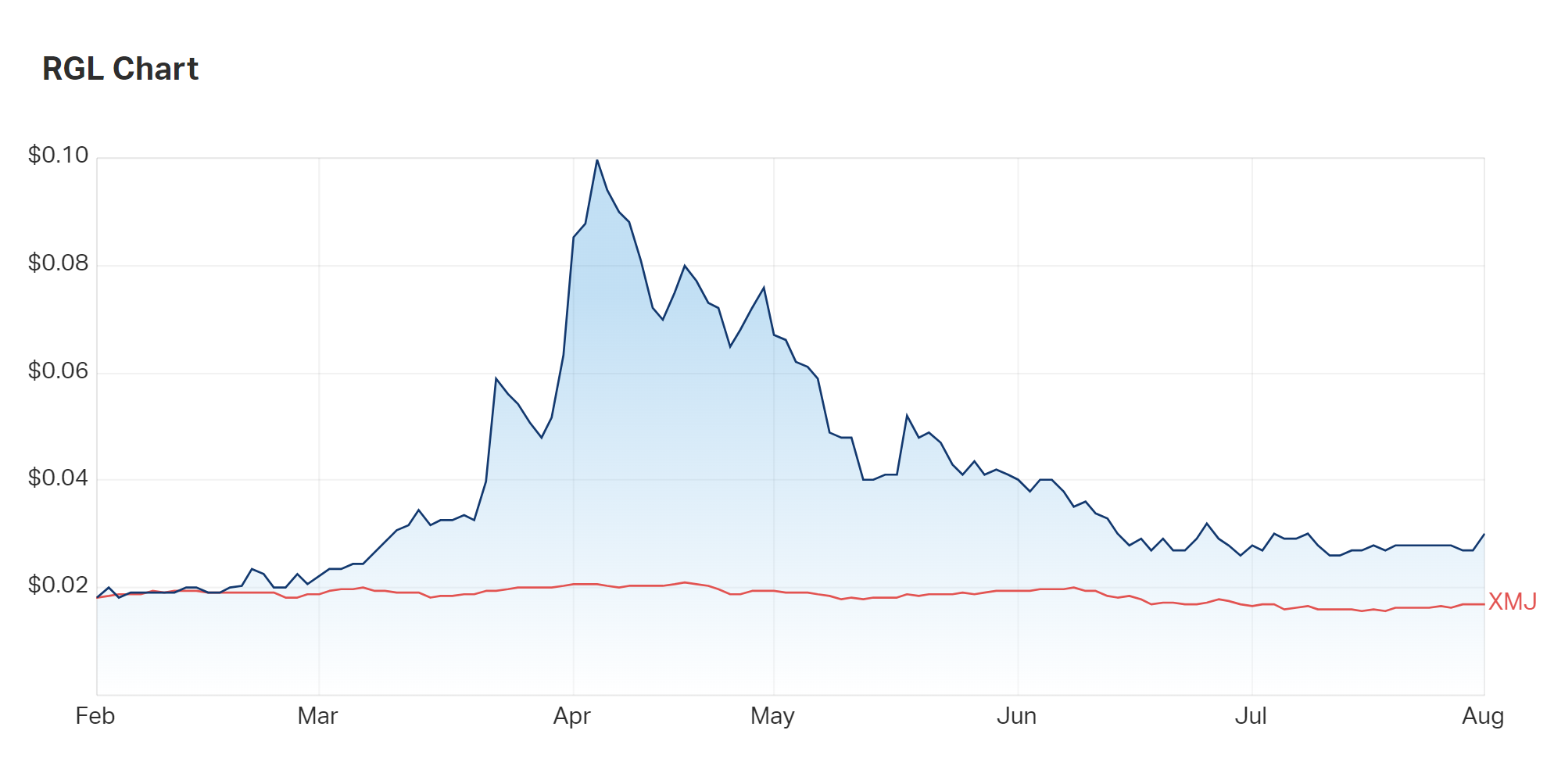 Even after falling from its four year high in April, Riversgold continues to outperform the materials index, shown in red