Despite posting the second largest profit in Australian corporate history and rewarding shareholders with the nation’s biggest ever dividend, Rio Tinto (ASX: RIO) only managed to end the day 1.16% higher at $119.87.

Given that the market was expecting big things from Rio today, the sheer magnitude of the result may have simply failed to impress many.

Due to record prices for its most important commodity, iron ore, the mining giant delivered US21.4bn (29.6bn) in FY21 underlying earnings, which was a significant beat against consensus expectations.

To put the company’s reliance on iron ore in context, the company’s Pilbara mines stumped up with underlying earnings of US$17.32bn for the year, which translates to around 78% of total earnings from global operations.

“The recovery of the global economy, driven by industrial production, resulted in significant price strength for our major commodities, which we were able to capture, achieving record financial results with free cash flow of $US17.7 billion and underlying earnings of $US21.4 billion, after taxes and government royalties of $US13.0 billion,” he said.

The $US4.79 the company paid per share in final and special dividends - almost double the previous record - took Rio’s total dividends for the year to an eye boggling $US10.40 per share, nudging $8bn in total.

Add the cash returned following half-year results in July, and Rio shareholders will receive a total $16.8bn for the 2021 financial year.

Around US$2.5bn of dividends is destined for China where state-owned aluminium producer Chinalco holds close to 15% of the stock.

Beyond iron ore, other key contributors to the bumper FY21 result were Rio’s aluminium division, which saw earnings double due to soaring prices.

Profits from mining copper also jumped, with resurgent pricing helping Rio’s copper division to a $US1.58bn profit before interest and tax – twice what it was in 2020.

Due to labour and cost inflation, management expects the cost of production at its flagship iron ore mines to rise substantially to between $19.50 and $21 a tonne this year, up from $18.60 in 2021.

With WA’s skills crisis delaying the completion of key new Pilbara mines, Rio is cautiously optimistic for its iron ore performance for the current year and expects to ship 320 to 335 million tonnes for the year – 5 million tonnes below its initial estimate for 2021.

Rio is also adding 15% to the 2022 budget to bring replacement mines at its Robe Valley and West Angelas hubs online. 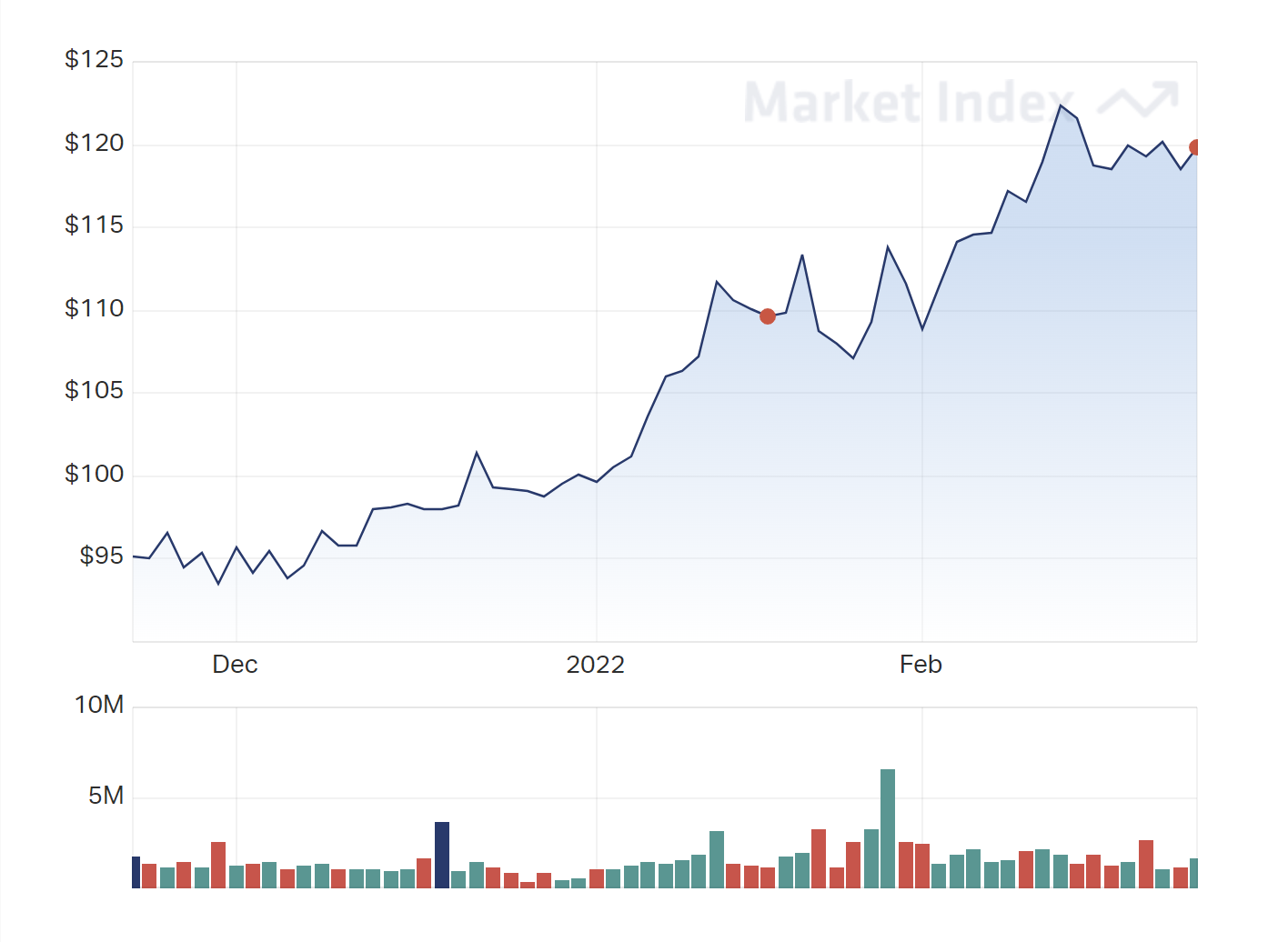