Assay results returned for ten drillholes at its Brandy Hill South project include among them a 29m thick section containing 0.6% copper from 63m depth.

Copper mineralisation remains open along strike in both directions and at depth with further survey data results pending on the near horizon; alongside core results from a separate diamond drill program.

The Brandy Hill project is located in the sought after Yilgarn Craton, WA.

The price of copper (USD/lb) is currently up nearly 7% month-on-month, but, down 1.3% on a year-on-year basis. Recent forecasts have suggested the battery metals bull market may have had its run, though, copper demand is expected to remain strong. 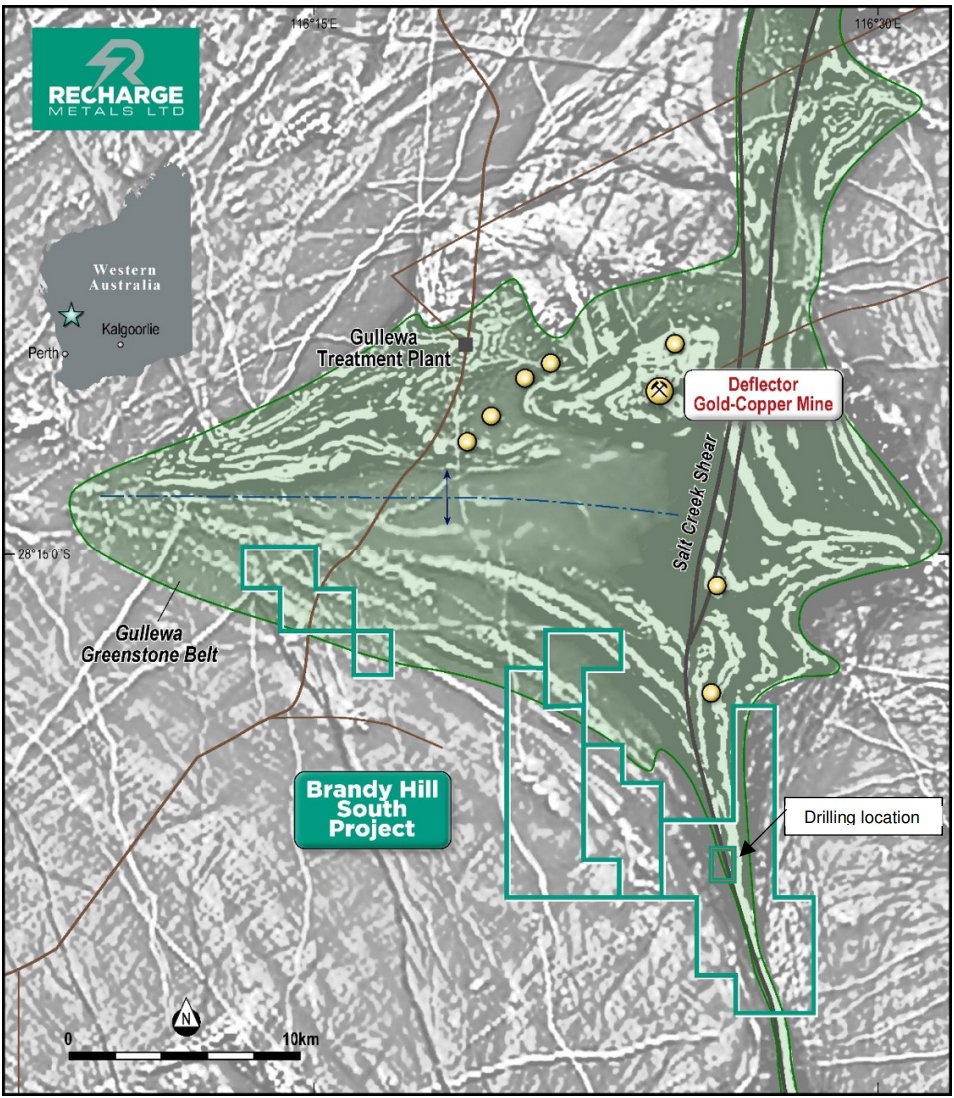 The results come from the company's maiden drill run conducted between November 2021 and January 2022.

The fact results took some six months to come back speaks as a testament to the ongoing delays impacting resource companies in Australia with significant backlogs at laboratories in WA and interstate.

Results for another ten drillholes from the twenty hole program remain pending, meaning that Recharge will likely be announcing more results to market in the coming weeks and months.

Recharge to resume drilling in July-August 2022

Recharge owns 100% of its Brandy project after acquiring the project from Revolution Mining in 2021; Revolution had, in turn, developed an interest in the area on the back of 2019 drilling activities before covid hit.

Of interest to Recharge and underpinning its acquisition of the asset is the on-site Salt Creek Shear zone which is believed to host quartz-sulphide copper gold mineralisation hosted in veins.

Recharge is to push ahead analysing the data of its pending datasets, including downhole electromagnetic data.

The company expects to return to drilling at some point between July and August this year.