QBE Insurance Group (ASX: QBE) was up 3.3% at the open after today’s performance update revealed gross written premium remained strong in first quarter (1Q), up 19% on the previous period.

Highlights within what was a turbulent 1Q operating environment included:

While natural catastrophe remained higher in 1Q22 - including widespread flooding and storms across the east coast of Australia and Storm Eunice in the UK and Europe - claims for the quarter were in-line with the 1Q22 allowance.

QBE currently expects to have some [catastrophe cost] exposure to the broader Russia/Ukraine war, with potential net impact currently estimated at around $75m.

Over the quarter, QBE repositioned its investment portfolio with risk assets representing 9% of total investment assets at 31 March 2022.

This resulted in a negative asset risk free rate impact of $459m, which was broadly offset by a beneficial claims liability discount impact of $440m.

Management notes the 1Q22 exit running yield of 1.52%, together with QBE’s expected risk asset return of 5.5%, equates to a 1Q22 exit total investment return run rate of around 2%. 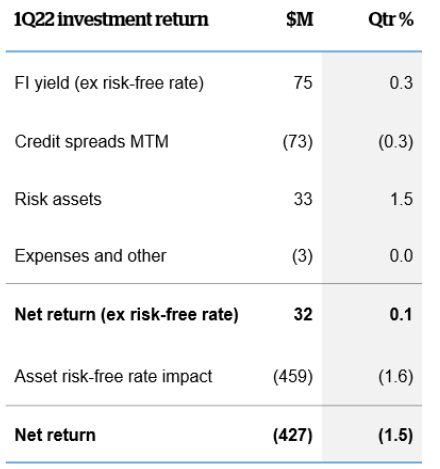 “Despite a number of natural catastrophes and significant geopolitical events, positive momentum experienced through FY21 continued into 1Q22, and I was pleased with QBE’s resilience through what was a turbulent operating environment.”

"We have had a strong start to the year for gross written premium growth and will review FY22 outlook at the half-year result following the key mid-year renewal period.”

As discussed at the recent 2021 result, management’s strategy centres around resilience and consistency, which should result in the business being capable of delivering a consistent low to mid-90s combined ratio. 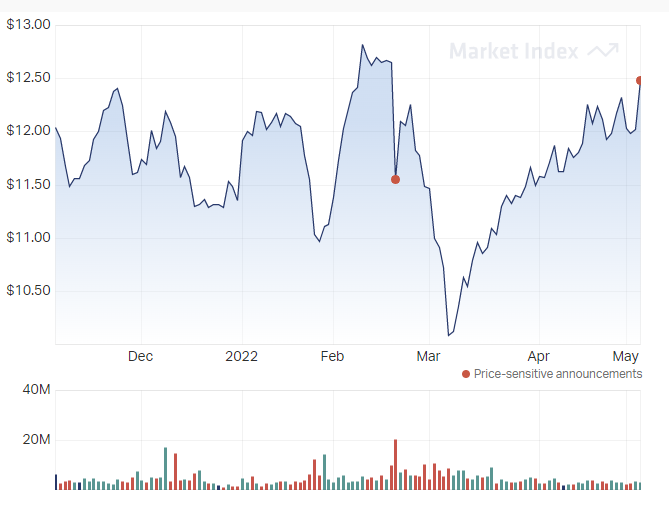 QBE's share price has had a volatile ride over the last six months.

Based on the brokers that cover QBE (as reported on by FN Arena), the stock is trading with 16.1% upside to the target price of $14.53.

Consensus on QBE is Strong Buy.

Based on Morningstar’s fair value of $12.52, the stock appears to be fairly valued.

Credit Suisse maintains an Outperform rating on the stock and has the highest of the brokers' price targets at $15.55, up from $14.45 as the forecast for fixed income yield in outer years is increased to incorporate rises in risk-free rates since the December quarter.

While Morgans' price target is at lower end ($13.50), the broker believes the FY21 miss was largely driven by one-off factors for claims and reserves.

The broker believes QBE could be in the buy zone due to premium increases, its positive cost-cutting outlook, and attractive valuation.

Citi also expects QBE to benefit from rising interest rates and the opportunity to optimise asset allocation and retains a Buy rating, with the target price falling to $13.70 from $14.55.