Having received a positive updraft from the resurgence in tech stocks in recent days, Pointsbet (ASX: PBH) put on an additional 11% at the open after the bookmaker reported a 28% increase in net wins to $755.2m in fourth quarter FY22, and a net win margin of 9.2%, above last year’s 8.7%.

A former ASX-darling, Pointsbet – which was trading above $16.00 mid-February 2021 – received a welcomed uptick last month (up 18%) following revelations that SIG Sports Investment Corp, one of the largest proprietary financial trading firms in the world - became the company's largest shareholder, paying $94.2m for a 12.76% stake.

While the stock was trading as high at $3.98 this morning, gains lasted a little more than 12 minutes, with the share price down -13% an hour out from the open, with some shareholders clearly looking for a more attractive exit point.

Management expects the strategic investment by SIG to help the company grow and compete in the North American sports betting market which now accounts for around half total group turnover.

Pointsbet entered the US market in 2019, and currently operates in 10 US states and Canada and plans to enter another four.

In current market conditions, having a bit of extra capital coming in is helpful, but really, it’s about alignment and as a by-product of the strategic relationship that we want.”

The agreement saw Pointsbet issue 38.75m shares to SIG at a price of $2.43 a share, which represented a 15% premium compared to the five-day volume weighted average price to June 17.

SIG’s investment followed Pointsbet’s rejection of a $220m plus offer to sell its Australian operations to News Corp.

News of the SIG’s buy-in coincided with an exploratory agreement with Nellie Analytics Limited - a member of the SIG Group – which is expected to enhance the operational capabilities of Pointsbet Europe and accelerate the company's technology roadmap, with a focus on in-play in the North American market.

News of the SIG’s buy-in also coincided with an announced pro-rata deferred bonus equity option [eligible to shareholders] which provides the ability to raise up to $150m over the next two years. 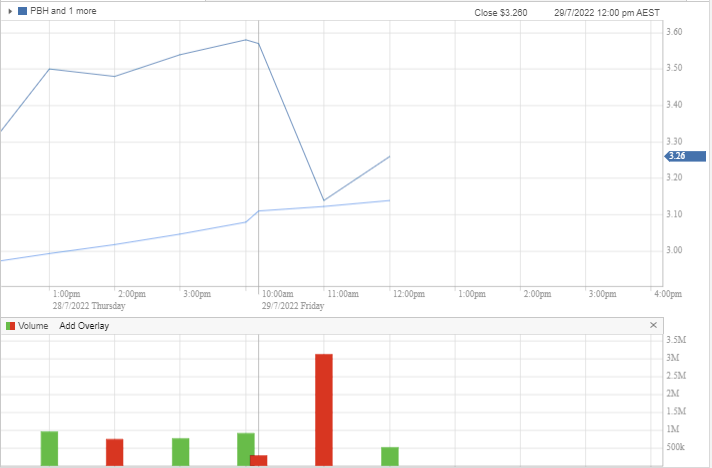 Given that the accumulated losses racked-up by Pointsbet have reached $427m - courtesy of the cash burn involved in acquiring new US-based customers - investors can justifiably question whether the bookmaker has taken on more than it can chew in this highly competitive market.

Consensus on Pointsbet is Moderate Buy.

Based on Morningstar’s fair value of $8.92 the stock appears to be seriously undervalued.

Based on the two brokers that cover Pointsbet (as reported on by FN Arena) the stock is trading with -18% downside to the target price of $2.92.

Mid-July Credit Suisse noted that Pointsbet’s equity investment from SIG alleviates short-term funding issues and could open a path to expansion of the company's US wagering business.

The broker retains a Neutral rating (target price $2.95) and expects the company to achieve 5% market share by gross gaming revenue in the US by FY28, and 6% net margin win.