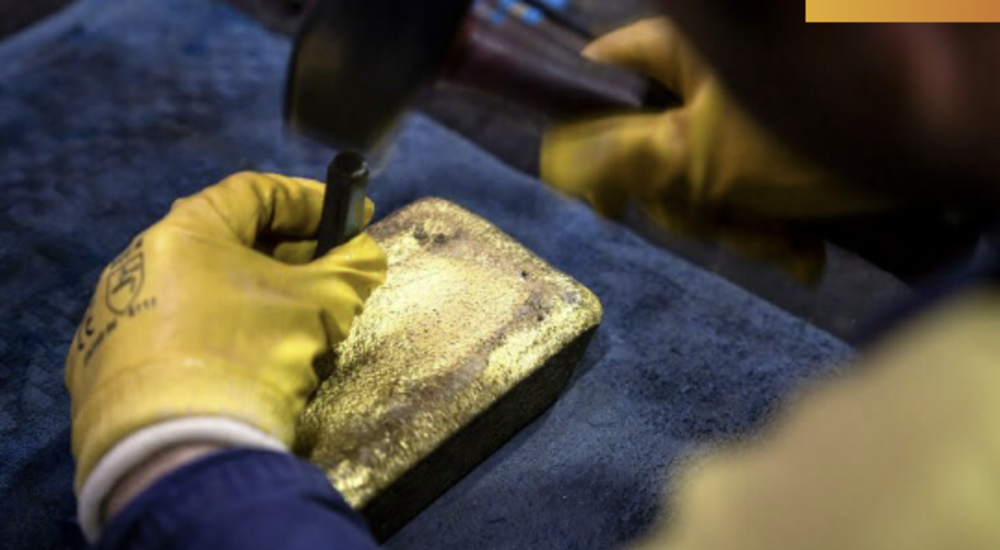 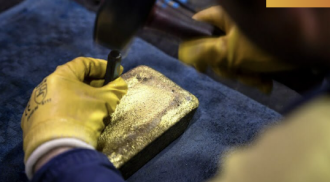 After confirming another asset sale last week – the unloading of its Coyota and Paulsens Gold operations to Black Cat Syndicate – today’s March quarterly update revealed that Northern Star Resources (ASX: NST) sales were down 3% from 388,742 ounces sold in the December period.

The company also guided to higher costs and lower production and at the poor performance Pogo gold mine in Alaska and now expects output of 205,000 to 220,000 ounces (previously forecast production of 220,000 to 250,000 ounces).

While Australian operations, which account for 85% of group production, are on track to meet FY22 production and cost guidance, Production at the company’s Kalgoorlie hub dropped sharply in the March period, at 213,286 ounces, down from 242,289 ounces in the December period.

Management notes the drop off was largely due to lower availability of its processing mills at the Super Pit due to a planned shutdown, along with unplanned mill shutdowns.

“As foreshadowed, higher mining inventory at Pogo is delivering a better milling outcome but we have more work to do to deliver on Pogo’s potential.”

“Group-wide and against a challenging operating backdrop, we continue to safely advance the foundation of our five-year profitable growth plan.” 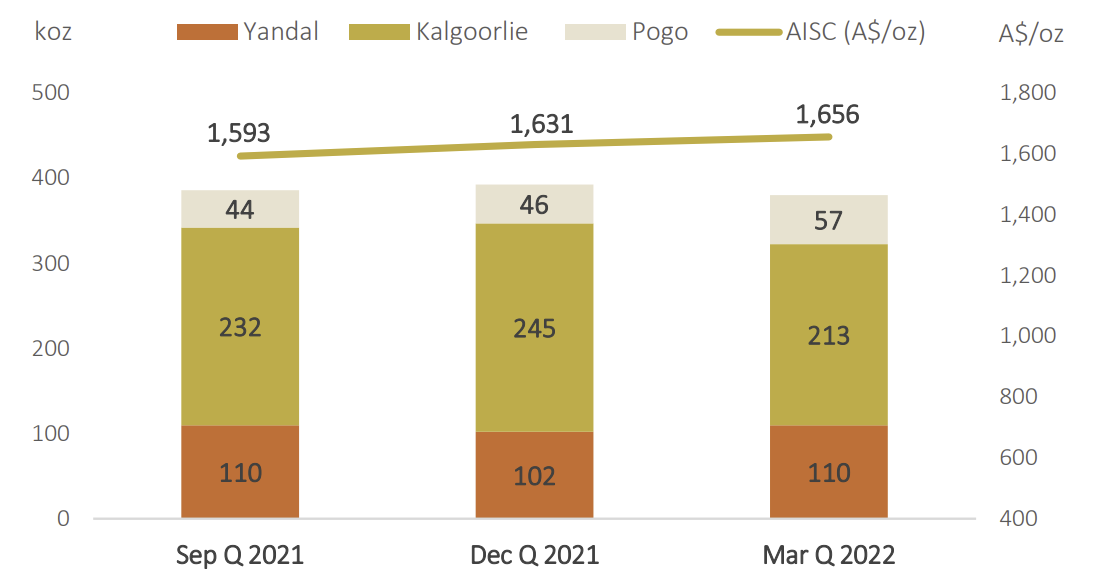 Despite a lacklustre quarterly update, the company may benefit today from the gold price being pushed higher overnight, and increased investor appetite for safe-haven assets amid growing inflation concerns.

Based on the brokers that cover the company (as reported in by FN Arena) the stock is currently trading with 22.8% upside to the target price of $12.53.

Based on Morningstar’s fair value of $11.87, the stock appears to be undervalued. 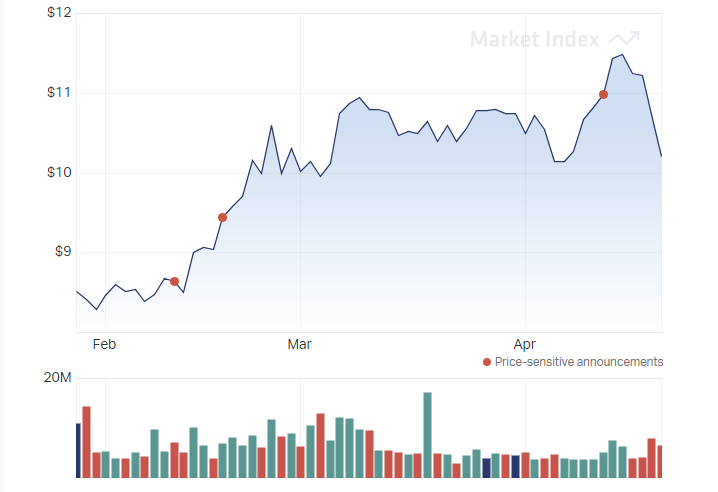