Piedmont Lithium’s Africa partner makes major upgrade to its mineral resource: Piedmont can earn-in up to 50%

Having just finished a week of upbeat trading, following the announced update to the underwritten US$130.8m public offering of its common stock, Piedmont Lithium's (ASX: PLL) share price is on the move again today, up 3.68% at the open after disclosing another positive update.

Capturing the market’s attention this morning were revelations that Piedmont’s partner in Africa Atlantic Lithium is now estimating a 42% increase in mineral resources at their Ewoyaa project in Cape Coast, Ghana.

Piedmont has an earn-in right to a 50% interest in Atlantic Lithium's Ghanaian projects, including Ewoyaa, and holds an equity interest of approximately 10% in the business.

"The Ewoyaa project is one of the best-located spodumene projects in Africa, and its development is fundamental to our growth strategy as an important source of spodumene concentrate for our LHP-2 Project (lithium hydroxide manufacturing plant in US)."

Consensus on Piedmont is Strong buy.

Based in Morningstar’s fair value of $1.23, the stock appears to be undervalued. 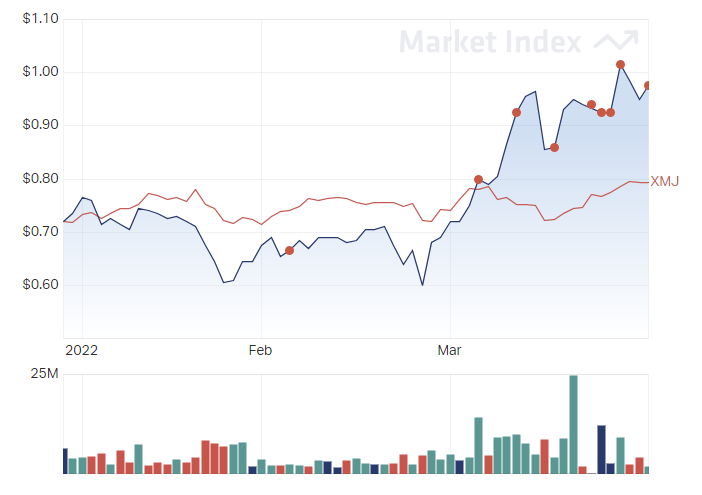 Piedmont's share price has outperformed over the last three months.