Peregrine Gold (ASX:PGD) has soared 70% in morning trades as the company posts photographs of a small drill core extracted by a handheld machine thick with chunky mineralisation.

While the diameter of the core is only 40mm, and not substantial evidence of a significant commercial-scale gold system, the discovery is definitely a promising find worth following up.

There are further signs that confirm this: numerous specks of surface gold spotted in exposed rocks forming a south-easterly-north-westerly geological vein on-site.

Clearly, the market thinks these finds are worth following up too, with the price going from 40c at the start of August, to 72c by the end of the week. 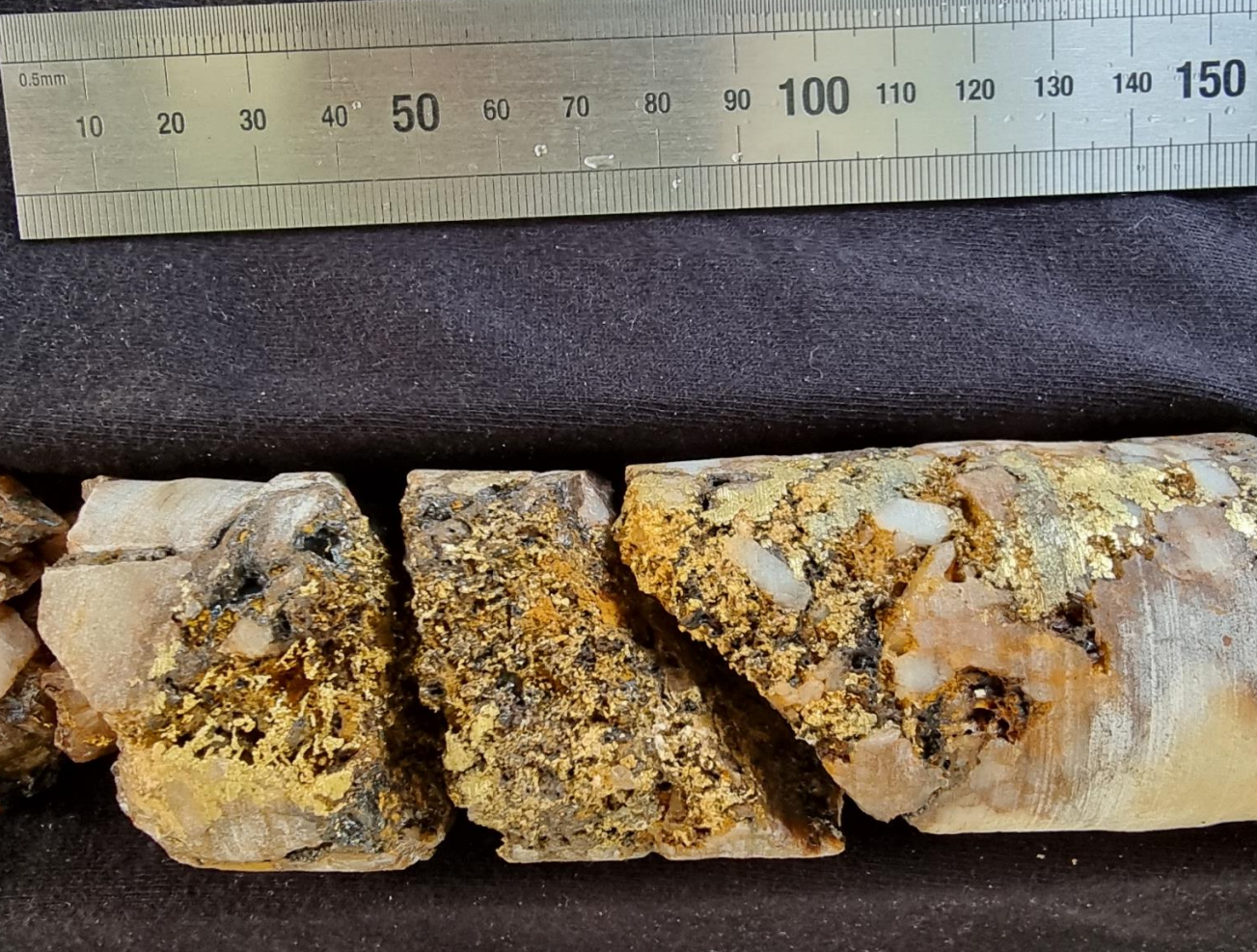 A naked eye look at gold mineralisation in the core sample retrieved from the Peninsula prospect (source: Peregrine Gold)

Management suspects the acreage is mostly unexplored, with previous examinations of the area overlooking the vein hosting the gold the subject of today’s price rise.

The prospect responsible is called the Peninsula prospect and will be prioritised in a three-target drill run that starts later this month.

The company will move the RC rig out to site and first strike where the handheld drill was used. Alongside Peninsula, the Birdsnest and Tin Can prospects will also be on the cards for initial assay work.

How is Peregrine placed ahead of the work?

At the end of the June quarter, Peregrine held $4.3m in cash. Given that drilling so far was via a handheld device, it is likely that the company still has about this much in its coffers, minus everyday business costs incurred since June.

Peregrine has a market cap of $29.4m. However, a surface look at price performance is perhaps the most telling sign that the company is rousing interest:

And then, there’s the chart: