Farm operators around the country have been struggling since the start of covid as the workforce flows into the country from the Pacific Islands under existing Australia-Pacific relationships and agreements came to a stop.

FIP specialises in the contracting of workers from the Pacific region with a heavy focus on the agricultural sector in Australia.

While travel is opening back up in the country, inflows are far from their pre-pandemic trends, and an ongoing diplomatic crisis between Australia and China over the right to govern in the Pacific region has been one of the first things the newly elected ALP Anthony Albanese government has begun working on. 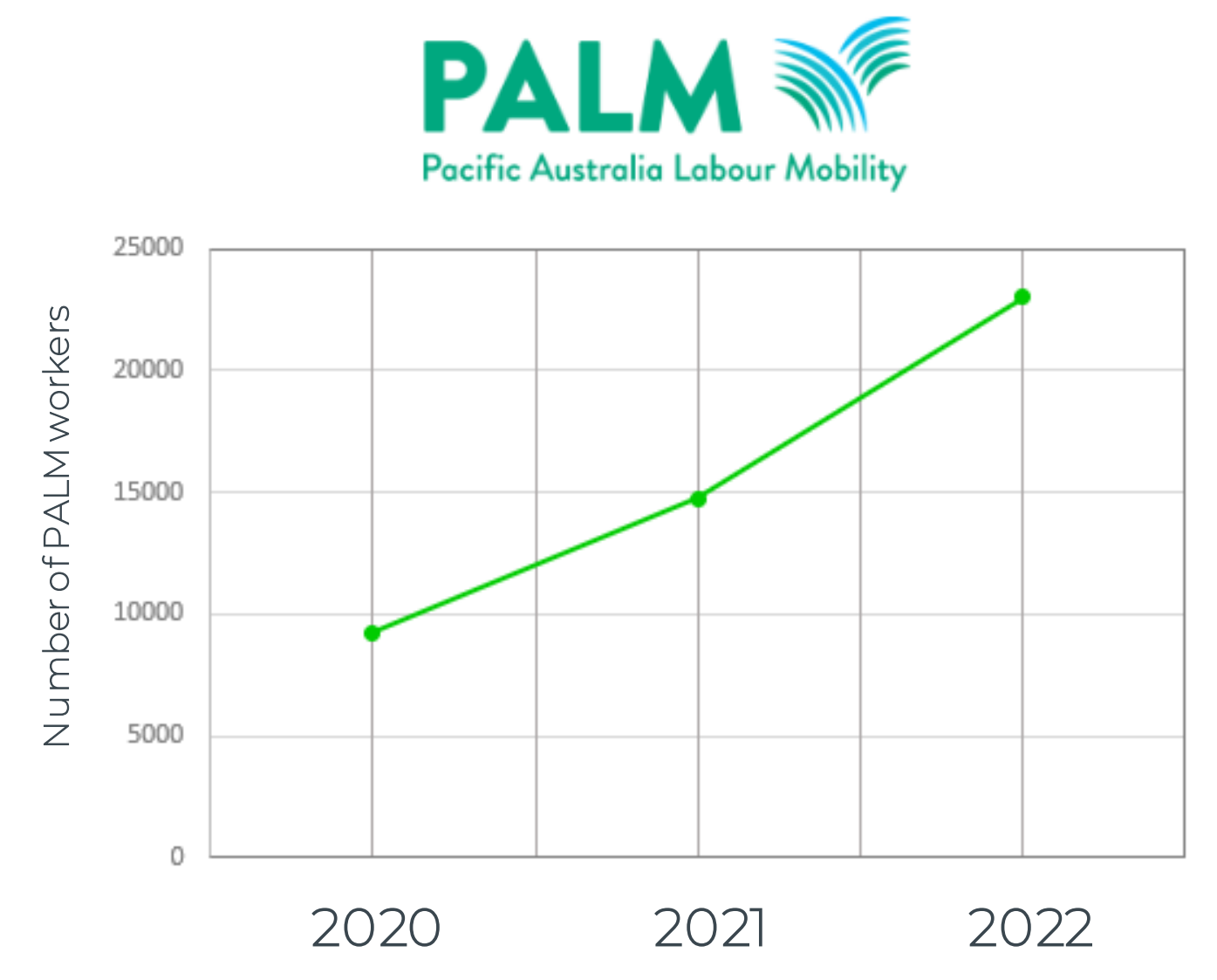 (Source: PeopleIN) A snapshot of the rising PALM migration numbers since covid

FIP was established back in 2006 and provides workforce solutions at-scale to the agriculture sector with some 4,500 workers on its books under the Pacific Australia Labour Mobility (PALM) scheme.

Workers under FIP (the company does not use the term "employees") are contracted onto a fixed-term basis for the length of 3-4 year visas and assigned directly to host employers (farm operators) for the duration of their stay.

The practice has, at times, stirred controversy. There is no shortage of existing reports on working conditions and legal grey areas surrounding industrial right under such arrangements.

PeopleIN further notes an ongoing food crisis, food prices have risen to record highs this year driven largely by existing inflation dynamics and the Russian invasion of Ukraine. An Indonesian palm oil export ban, now softened, was the latest spanner in the works of the global supply chain.

Ultimate cost of $45m to PPE

PeopleIN also points to Department of Foreign Affairs and Trade statistics from June last year that claimed some 55,000 Pacific and Timorese workers were available to be brought into Australia to commence agricultural work; the Albanese government has, behind its larger geopolitical Pacific agenda, also highlighted policies to increase uptake of PALM labour.

The upfront consideration for FIP is to be $45m, broken up between $35m in cash and $10m in PPE shares, on a "cash free, debt-free basis."

PeopleIN also notes with less fanfare that "a further $25m may be payable as deferred cash consideration over two tranches based on the business achieving agreed growth in EBITDA for FY23 and FY24."