AMP’s Chief Economist Shane Oliver has told Market Index the Fair Work Commission’s Wednesday decision to boost the Australian minimum wage by 5.2% is unlikely to lead to an inflation blowout.

Oliver noted the increase equals 0.5% to wages growth compared to 2021.

“[The increase] only adds about 0.5% to wages growth compared to what they got last year and I don’t see it causing a…problem,” Oliver said.

“It does make life a little bit more difficult for the Reserve Bank but I don’t think it’s going to cause an inflation blowout on its own.” 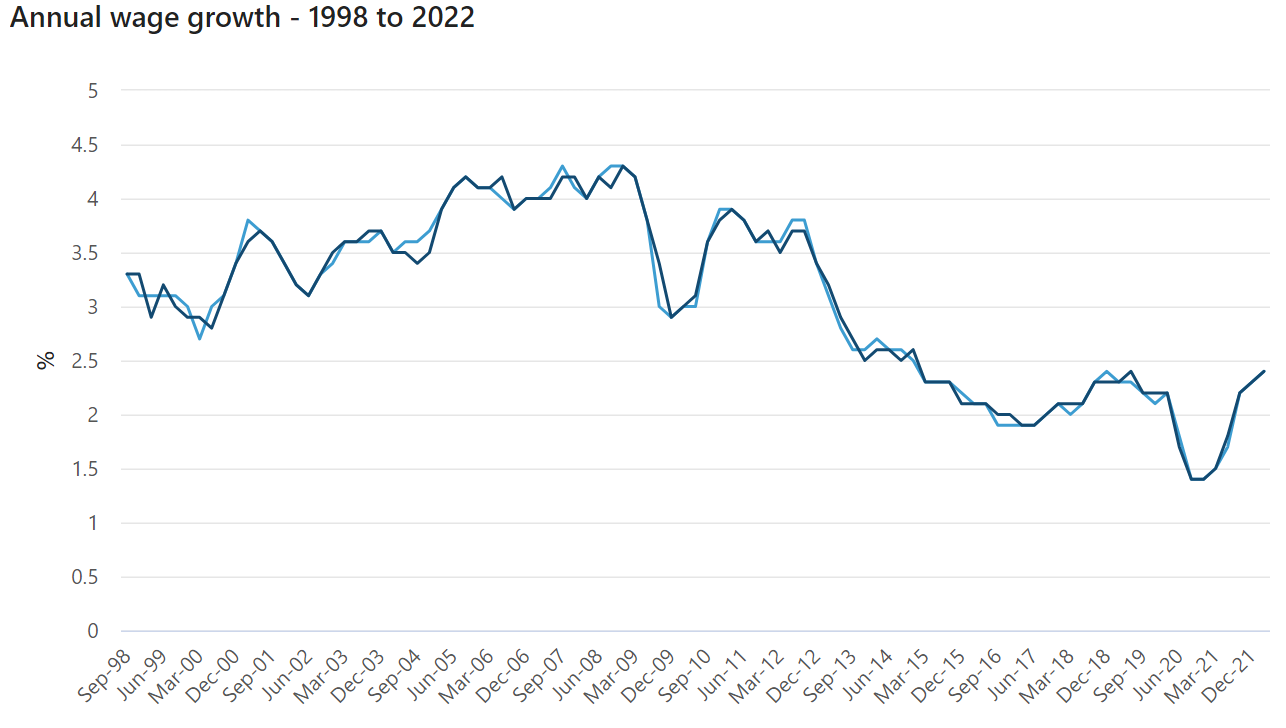 (Source: ABS) Annual wage growth in Australia up to March 2022

Issues could arise from knock-on effects

AMP’s top dog did, however, note the possibility of a ‘contagion’ effect into other industries outside of services and retail where the minimum wage is most commonly paid out.

“The problem would arise if this leads to escalating expectations of wages growth such that it reinforces other claims for other wage increases…in the years to come,” Oliver noted.

There was a larger caveat on Oliver’s radar: the issue of staff shortages nation-wide right now.

Oliver further put it to Market Index small businesses were likely to end up having to boost pay-rates anyway in order to lure staff in.

Bodies for affected end of town mixed on news

The Australian Retail Association (ARA) had previously called for a rise of 3.2% to the minimum wage, 2% lower than that determination from the FWC yesterday.

The Australian Council of Trade Unions, meanwhile, angled for 5.5%.

This is supported by claims from Oliver the absolute minimum wage is only paid to some 200,000 people in Australia.

“These minimum wages are found in the services and retail sector and they’d probably have to pay a similar increase anyway,” Oliver reiterated.

“Some businesses will have to do it tough but I think they’ll be a minority. The real issue here is getting inflation back.”