Iron ore is trending upwards towards the US$160 a tonne level - wedged right in between previous all-time highs of US$230/t and recent lows of US$80/t.

The massive rebound in 2022 reflects an improvement in China’s appetite for steel, ongoing Russia-Ukraine supply concerns and the expectation that China will unleash more accommodative policies to meet its economic growth targets.

In a quarterly resources and energy report, the Australian Government's commodity forecaster, the Office of the Chief Economist (OCE), reaffirmed a bearish view that iron ore prices will weaken over the short-to-medium term. 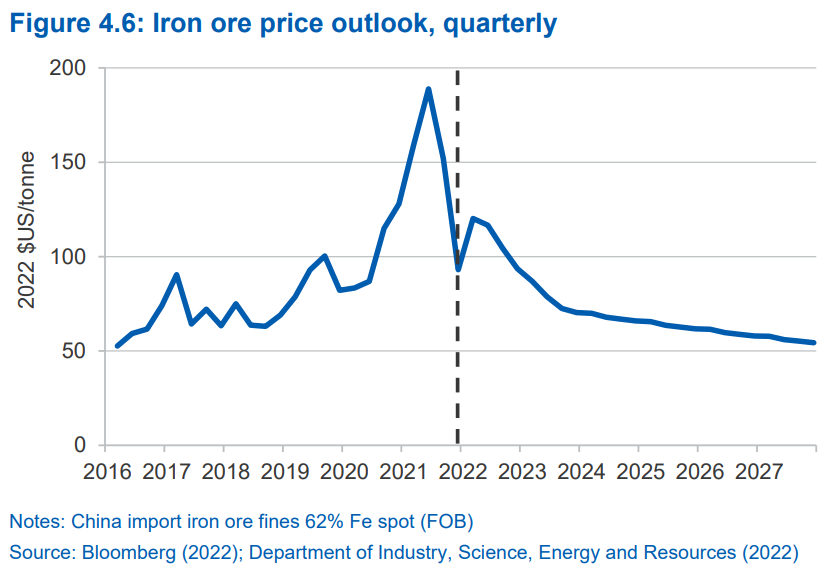 Without getting too wound up in longer-term price estimates, let's take a look at what the OCE thinks will dictate prices for the remainder of this year.

China is opening the floodgates for more fiscal and monetary stimulus after a relatively tight stance throughout 2021. 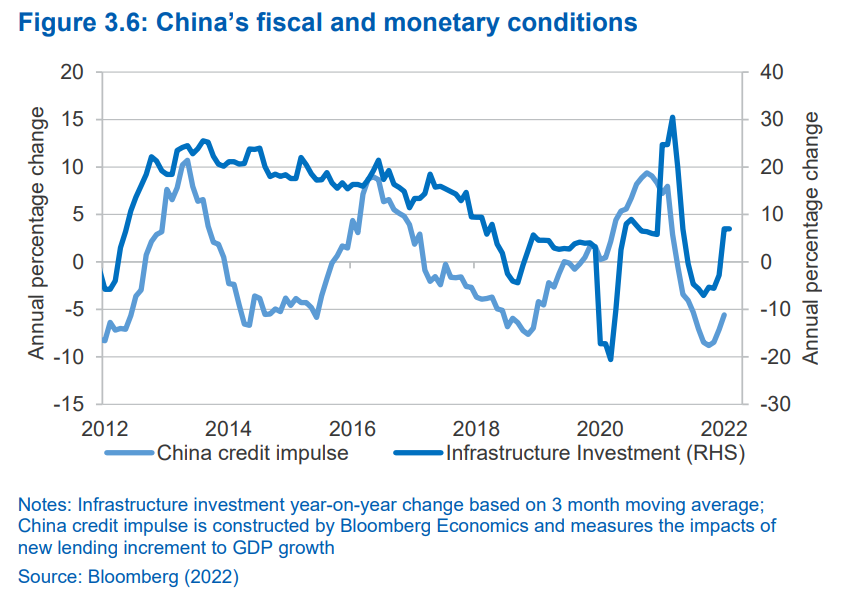 “China’s Central Government has announced an emphasis on infrastructure spending in 2022, with financing for over 100 mega projects to be frontloaded in the first half of the year,” the OCE report said.

"Recent cuts to both the bank Reserve Ratio Requirement (RRR) and benchmark mortgage rate signal strong policymaker intent to stabilise the economy, after slowing growth conditions in the second half of 2021."

The flow on effects of infrastructure funding is expected to boost construction activity from the June quarter 2022. The infrastructure sector typically accounts for 20-25% of China's total steel consumption.

While Evergrande is no longer making headlines, Chinese property developers are showing increasing signs of financial distress and uncertainty in meeting debt deadlines.

The OCE observed that total new home sales across China's top 100 developers fell around -40% year-on-year in January and new land sales in the top 50 cities have plunged -80% over the same time period.

Supply on the rise

This was 1.6% higher than 2020 and 1.2% higher than 2018, which is the year the OCE considered to be the "last full year of unaffected global seaborne supply prior to the 2019 Brumadinho tailings dam collapse in Brazil."

Conversely, China's steel production is projected to remain flat around 1.03bn tonnes annually over the duration of the forecast period. 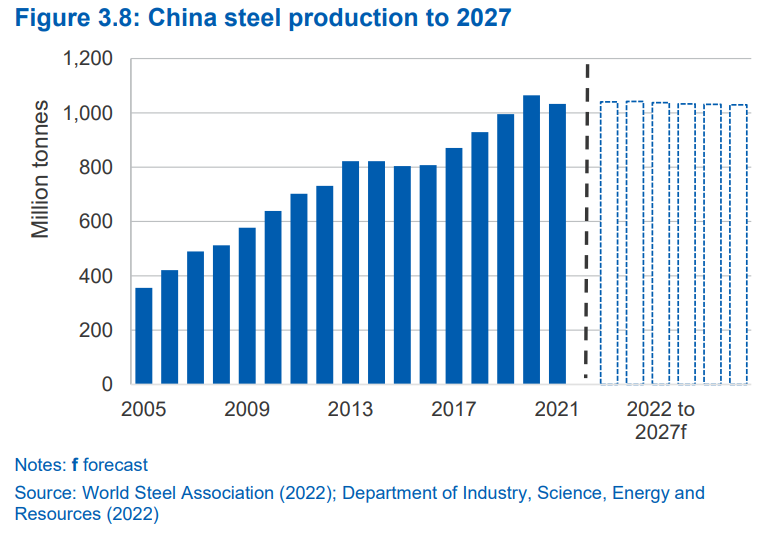 What to look out for

While the OCE report highlighted China's attempts to keep its economy intact, the risks seem to point towards the downside.

Late last week, China flagged that its factory activity declined at the fastest pace since March 2020 due to surging covid cases and lockdowns.

The Caixin/Markit Manufacturing Purchasing Managers' Index (PMI) fell to 48.1 in March, which indicates a steep rate of contraction.

Investors should keep a note of upcoming economic data and whether or not economic conditions continue to deteriorate.