Omicron takes its toll on G8 Education’s revenue and occupancy

G8 Education’s (ASX: GEM) shares were down -1.38% at the open following the for-profit childcare giant’s revelations that first quarter operating earnings (after lease interest) profit was $1m compared to $17m in the prior period.

As flagged during the CY21 results, management attributed the disappointing result to the high volume of omicron cases in all markets materially impacting the company’s revenue.

Centre closures and isolation requirements which impacted occupancy and employment costs in January and February were further compounded by flooding in parts of Queensland and NSW.

The net effect saw occupancy fall to -2.1% behind 2021 levels in early March.

However, there has been an increase in conversions in the last three weeks - to be -0.8% behind the previous period as at 3 April - and there remains an encouraging pipeline of enquiries to drive the occupancy recovery.

Total cost reductions are targeted at $13m to $15m for the remainder of CY22, with most expected to be realised in the second half.

These actions are expected to reduce G8 Education’s cost base, particularly in the support office, channelling resources to the group’s centre network, while continuing to enhance the resilience and performance of the business in both the short and longer term.

Commenting on these measures, G8 Education’s CEO Gary Carroll deemed them appropriate in the current environment and at this stage of the group’s transformation program… “enabling us to continue delivering the best quality outcomes for families with a more sustainable cost base.”

Meantime, the group continued its momentum in relation to its Improvement Program (“IP”), with the current cohort of around 140 centres due to be completed by mid-year. 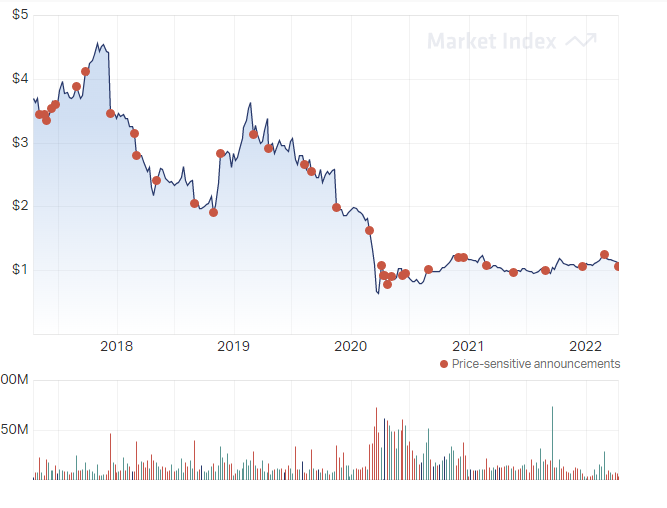 Based on the brokers covering G8 Education (as reported on by FN Arena) the stock is currently trading with 26.4% upside to the target price of $1.36.

Following FY21 results for G8 Education, Macquarie lowered its FY22 earnings per share (EPS) forecast by -7% on a downward revision to margins from wages and covid-induced occupancy challenges.

The broker maintains a Neutral rating, and after increasing the assumed risk-free rate and allowing for the turnaround, has increased the target price to $1.30 from $1.10. (23/02/22).

UBS was impressed with the group’s 5% beat versus previous guidance. Based on an improving outlook, the broker’s assumed weighted average cost of capital is reduced to 9.7% from 10.5%.