Oil is down -21% from mid-June highs, now trading at a 3-month low on the back of renewed lockdown risks in China, growing European recession fears and another wave of omicron variants. The surging US dollar is adding further insult to injury, viewed as a headwind for most commodity prices. 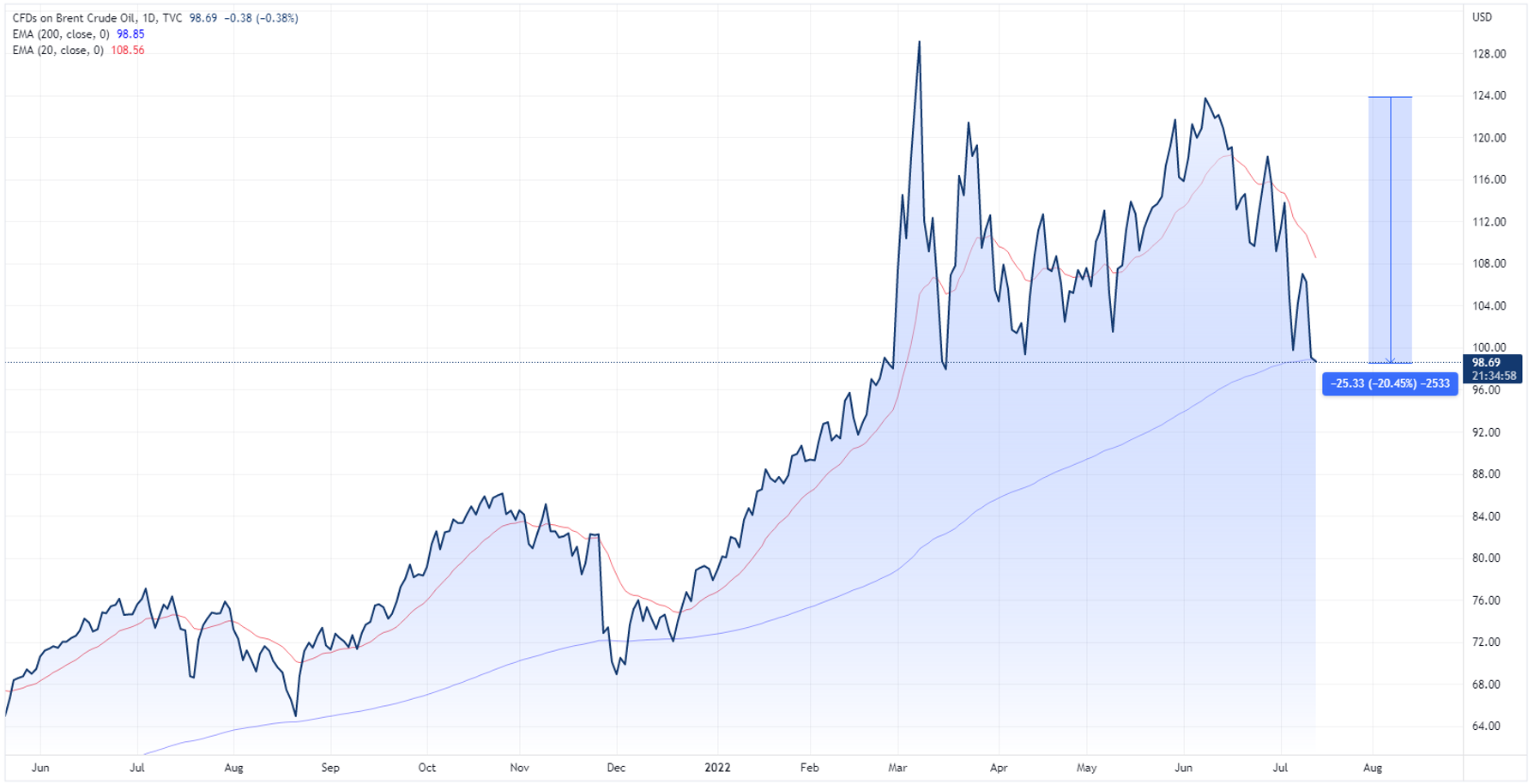 There’s plenty of reasons to be bearish on oil, at least in the near-term.

New restrictions are being rolled out in China after the BA.5 omicron subvariant was detected in Shanghai, placing the financial hub at risk of a second lockdown.

Investors are showing growing angst over tonight’s US CPI print, which economists forecast to accelerate to 8.8% in June (from 8.6% in May). Hotter-than-expected inflation could force another round of super-sized interest rate hikes from the Fed, placing the economy at further risk of a recession.

Inflation nerves has prompted hedge funds to reduce exposure in commodity markets, according to ZeroHedge.

“The volatility in commodity markets increases the stakes for putting money to work,” said Rebecca Babin, senior energy trader at CIBC Private Wealth Management, adding that “the decimation of other commodities has also reduced risk appetite for crude even in a supply-constrained market.”

OPEC forecasts world oil demand to trend higher next year, but at a slightly slower rate than 2022, boosted by better covid containment measures in China and still solid consumption from major economies.

The report signals that more production is desperately needed, though most OPEC members are already pumping at or near full capacity.

IEA warns worst of energy crisis ‘yet to come’

IEA Executive Director Fatih Birol said that “the world has never witnessed such a major energy crisis in terms of its depth and its complexity,” at the global energy forum in Sydney.

“We might not have seen the worst of it yet ... this is affecting the entire world.”

Birol pointed to OPEC’s July report, which suggests no relief from the supply squeeze.