Oil begins to break out: Eyes on EU sanctions, OPEC+ and China

Oil prices are beginning to break out after a volatile consolidation around the US$100 a barrel level.

Oil appears to be well supported in recent dips below US$100, triggered by fears about Chinese economic growth and a strong US dollar, which typically weighs on commodity prices. 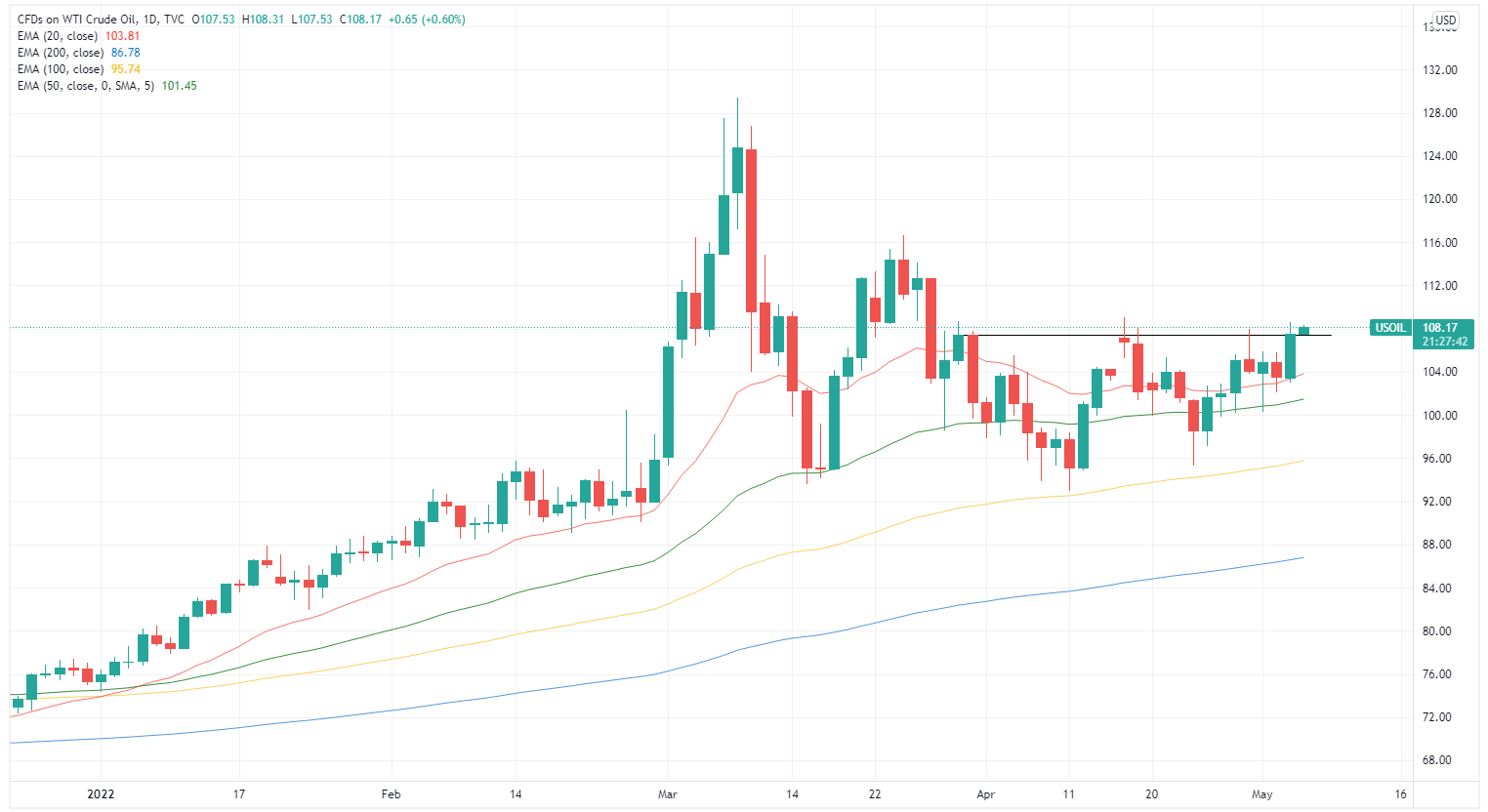 The current risk environment seems slightly skewed towards the upside. Oil isn't breaking out with too much conviction as it awaits further direction from Russia-Ukraine, EU sanctions and China catalysts.

The European Union proposed a Russian oil ban on Wednesday, which is expected to roll out in the next six months.

The oil embargo requires approval from all 27 EU member states and has faced resistance from several eastern EU countries, given their dependency on Russian oil.

Slovakia has asked for a three-year transition period and the Czech Republic was seeking a delay of two to three years, according to Reuters. Whereas Hungary is seeking an exemption for oil imports from Russia via pipelines.

Any progression in EU sanctions will likely be a positive catalyst for oil, as removing Russian supply would further squeeze the market.

OPEC+ is set to stick to its plan of another small increase for June production targets.

As set out in last July, the petroleum organisation has been increasing output targets by 432,000 barrels per day, every month until the end of September, to unwind its covid-induced production cuts.

On Tuesday, OPEC compliance had reached 164% in April - meaning members are failing to meet the quotas they have agreed to.

The largest drop came from Libya, due to ongoing clashes and disruptions between government-allied militias. More broadly speaking, producers lack the capacity to pump more oil due to a prolonged, industry-wide underinvestment in new capacity.

China’s manufacturing and services activity fell significantly in April, to their lowest levels since the early days of the pandemic.

The official manufacturing Purchasing Managers' Index (PMI) dropped to 47.4 in April, the lowest since February 2020 and down from 49.5 in March.

Likewise, non-manufacturing PMI slumped to 41.9 in April, a steep decline from the 48.4 reading in March.

A PMI reading below 50 indicates contraction.