Oceana Lithium poised for 'aggressive exploration' in Brazil and Australia

The lithium junior posted its maiden quarterly report on Monday, reminding investors that the new funds will be directed towards 'aggressive exploration' of the company's 100% owned Solonopole and Napperby lithium projects in Brazil and Australia.

The Solonopole project already has some momentum behind its back, with around 17km of identified lithium pegmatite mineralisation.

Since listing, Oceana has kicked off follow-up activities including surface mapping, sampling and review of government magnetic and radiometric datasets.

To date, none of the highly prospective prospects have been drill tested.

The initial exploration program is expected to return targets for immediate drill testing. Oceana plans to rank the targets ahead of a first pass drilling program. 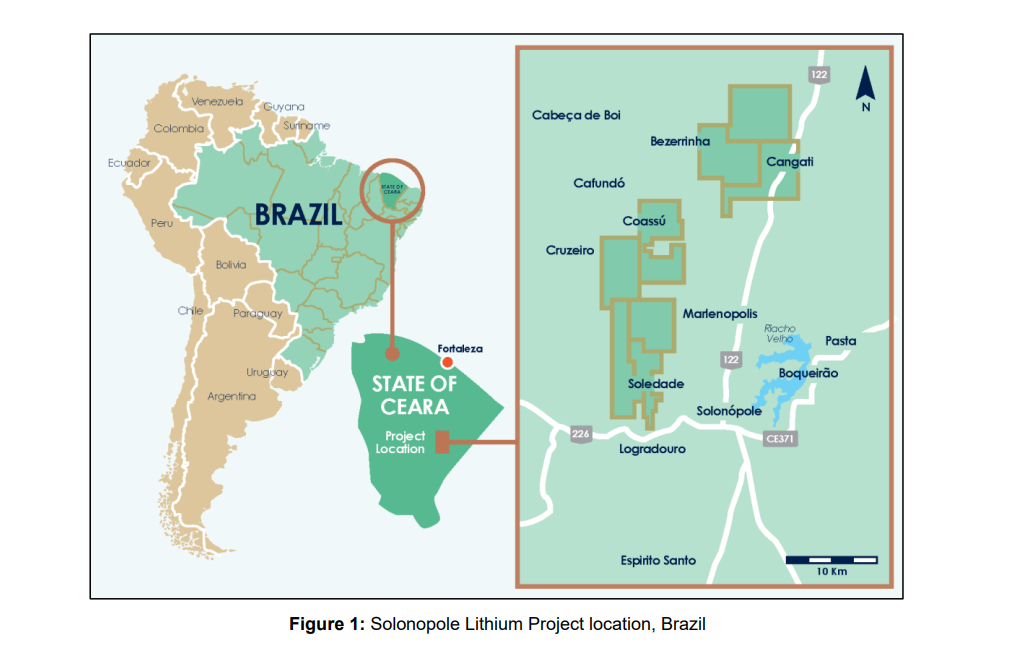 During the quarter, the Brazilian government eased its lithium export rules, allowing for unrestricted foreign trade of lithium minerals and ores, and their derivatives.

Oceana views this move as a vote of confidence for the Brazilian lithium industry and makes the region more attractive for foreign investment.

Mines and Energy Ministry Adolfo Sachsida told Reuters that the measure is expected to move lithium investments from Eastern Europe and Asian countries towards Brazil, describing the country as a 'safe haven'.

The Napperby Project is located 250km northwest of Alice Springs and covers a massive acreage of 650 km 2. Numerous prospective pegmatite outcrops have been identified and warrant systematic field investigation, according to Oceana.

The project is early-stage in nature and the company plans to undertake a first-pass exploration program that consists of:

Oceana Lithium was a Market Index client at the time of publishing. All coverage contains factual information only and should not be interpreted as opinion of financial advice.