No near-term end in sight for semiconductor shortage

The global semiconductor shortage that has caused a slowdown of supply chains for technology companies, producing a wide range of products from smartphones to new cars, may continue longer than originally expected.

That’s the view of Alexander Duval, a technology analyst in Global Investment Research at Goldman Sachs.

Duval notes many of the European companies attending a recent virtual European Digital Economy Conference expect tightness in the supply and demand of semiconductors to potentially persist into early 2023.

The general view, adds Duval is that new capacity, needed for supply and demand to come into balance, is likely to take some time to eventuate.

Much of the demand for semiconductors has been driven by industries rebounding from covid limitations, plus secular demand drivers such as the transition to 5G.

Duval believes that getting supply back on stream would require significant investment on the behalf of semiconductor production companies, not only investing in new equipment for existing factories but also the creation of new factories as well.

“We do think there were decisions made several quarters ago to start ramping supply,” Duval said. “So, the relevant facilities will at some point be up and running with supply coming on stream."

“It’s going to be more of a gradual easing, and only really in certain pockets, like power semiconductors, then this would mean there is tightness until next year.”

While the situation remains volatile, at this stage Duval doesn’t expect Russia-Ukraine war to have a significant impact on Semiconductor production.

“If you think about the sort of end market exposure, Russia is very small. It’s less than 1% of global IT spending. For the European semis companies we cover, the exposure is typically below 2%.”

As a sub-sector of IT, the semiconductor and semiconductor equipment industry is the second smallest industry group, with a handful of ASX-listed stocks comprising a combined market cap of a little over $1bn.

While consensus does not cover seven of the eight ASX-listed stocks in this space – due to their size – consensus on high tech company specialising in laser uranium enrichment technology (market cap $265m) Silex Systems (ASX: SLX) is Strong buy.

Based on Morningstar’s fair value of $2.07, the stock looks to be undervalued. 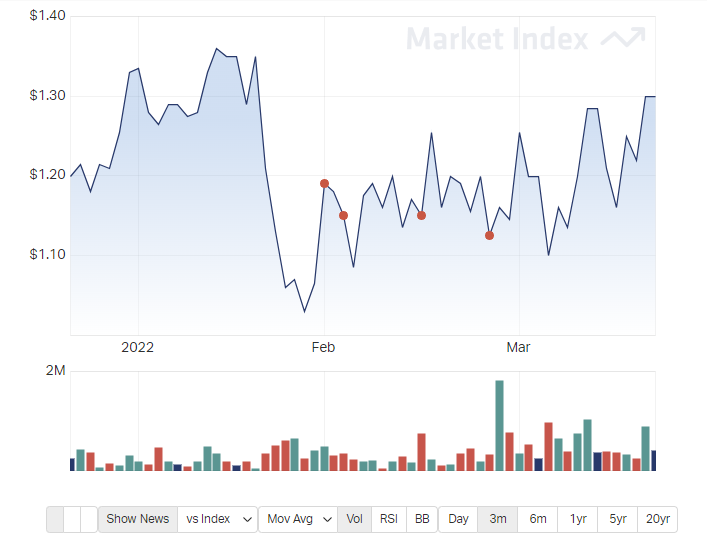