Lord Resources (ASX:LRD) is enjoying a healthy enthusiasm from the market in its first-month-debut on the ASX after launching shares on April 7.

Since entering the market with a share price of 20cps, the company has climbed 5% today to 39.5cps in early afternoon trades (AEST).

Over the past week alone, Lord Resources’ share price has climbed some 80% as the company excites investors with a new presentation outlining its five-project position which includes prospective exploration opportunities for lithium, gold, and nickel.

Lithium and nickel, in particular, are minerals enjoying ongoing excitement from investors and markets alike. Nickel has had an interesting year so far, with the price continuing to rise. 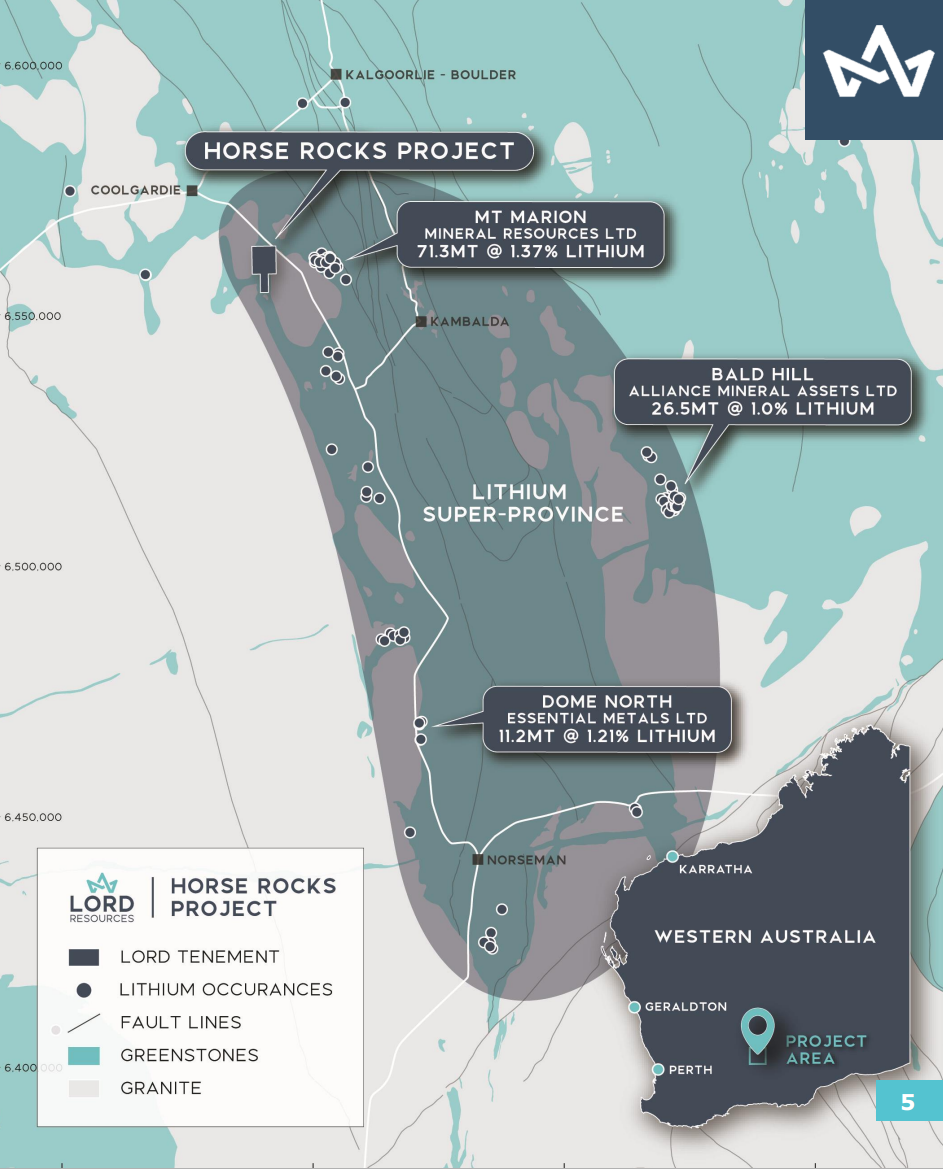 Lord Resources’ Horse Rocks Project is located in what it describes as Western Australia’s emerging lithium province, within a 100km radius of Mt. Marion, Bald Hill and Dome North.

Within the boundaries of its Horse Rocks project, Lord Resources has exposure to mapped pegmatites currently untested for lithium. The company describes its projects as occurring in ‘largely’ unexplored areas.

The acreage is situated within the Kalgoorlie Terrane Eastern Goldfields Supergroup.

The company anticipates receipt of the tenement for Horse Rocks to be awarded in the second quarter of CY22 with comprehensive geochemical sampling to be carried out upon acquisition of the necessary documentation.

The company has already compiled geophysical data onsite to inform the direction of an initial drilling program.

Mafic and or ultramafic lithological geology is present onsite flanked by franits, which Lord Resources is optimistic may indicate the potential for a mineralised fluid trap onsite.

The Jarama project area has not been the subject of previous drilling or geochemical sampling.

Jarama is surrounded by several high-impact gold projects including the Yidby Gold Project some 17km to the south, and the Rothsay Gold Project 34km to the west. Further north sits the Kirkalocka Gold Project, which has produced over one million ounces of gold.

Likewise, its Gabyon project is also an underexplored area with no previous drilling.

Perhaps it is easy to see why the market is interested in Lord Resources this month, with the impressive 80% climb this week. 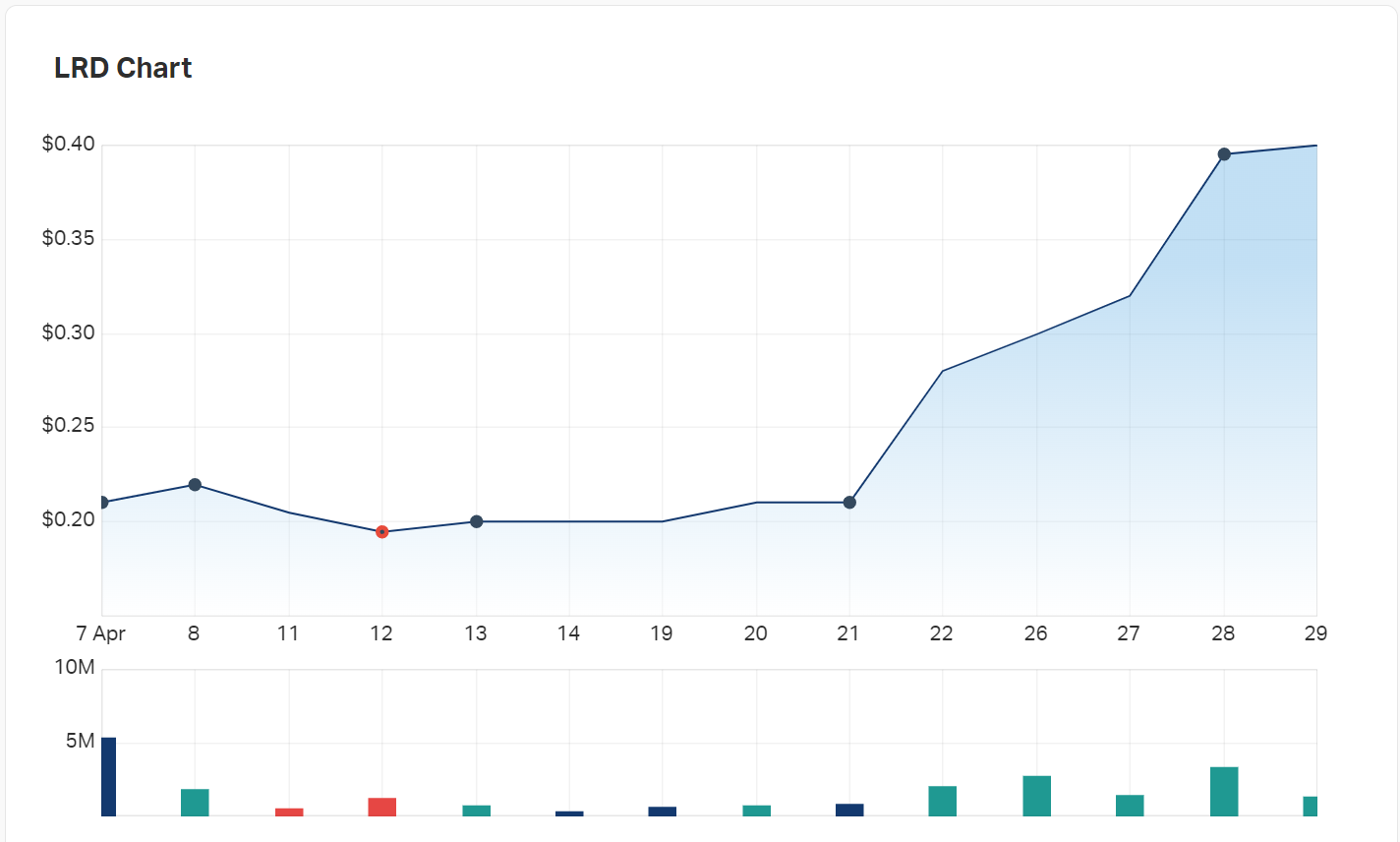