Major US benchmarks begin to stall, Coinbase signs a deal with BlackRock, the Bank of England predicts a recession that’ll last five quarters and Aussie lithium exports spiked more than 1,000% in June.

Quick one from JP Morgan about “why are we rallying”:

Anyhow, onto the usual stuff.

The ASX 200 is starting to feel fatigued following a V-shaped rebound back towards key areas such as the 200-day moving average.

Came across an interesting line from Bespoke that said "the worst performing decile of stocks during the decline is now up 32.5% in six weeks, while stocks that held up the best during the first-half of the year are up less than 3%."

That "held up best" is probably referring to energy stocks.

"Ongoing weakness should be unlikely since the oil market remains tight, but the break of the key technical US$90 level could unleash some momentum selling," said Oanda senior market analyst, Ed Moya.

"Oil price weakness should be limited from here as energy traders know that China’s demand for crude could bounce back anytime soon and that the SPR release will end in the fall ... The Saudis are keeping the oil market tight an that should eventually provide some support for crude prices."

As oil tries to find its floor, that'll mean some near-term pain for oil stocks, with the US energy sector down another down more than -3% for a second straight session.

Gold is really starting to find its groove amid short-lived rallies for Treasury yields, a weakening US dollar and more recession talk.

The ASX All Ords Gold Index is up 11% from late July lows. It's taken a breather in the last few days, it'll be interesting to see if gold names can see another strong move thanks to higher gold prices overnight. 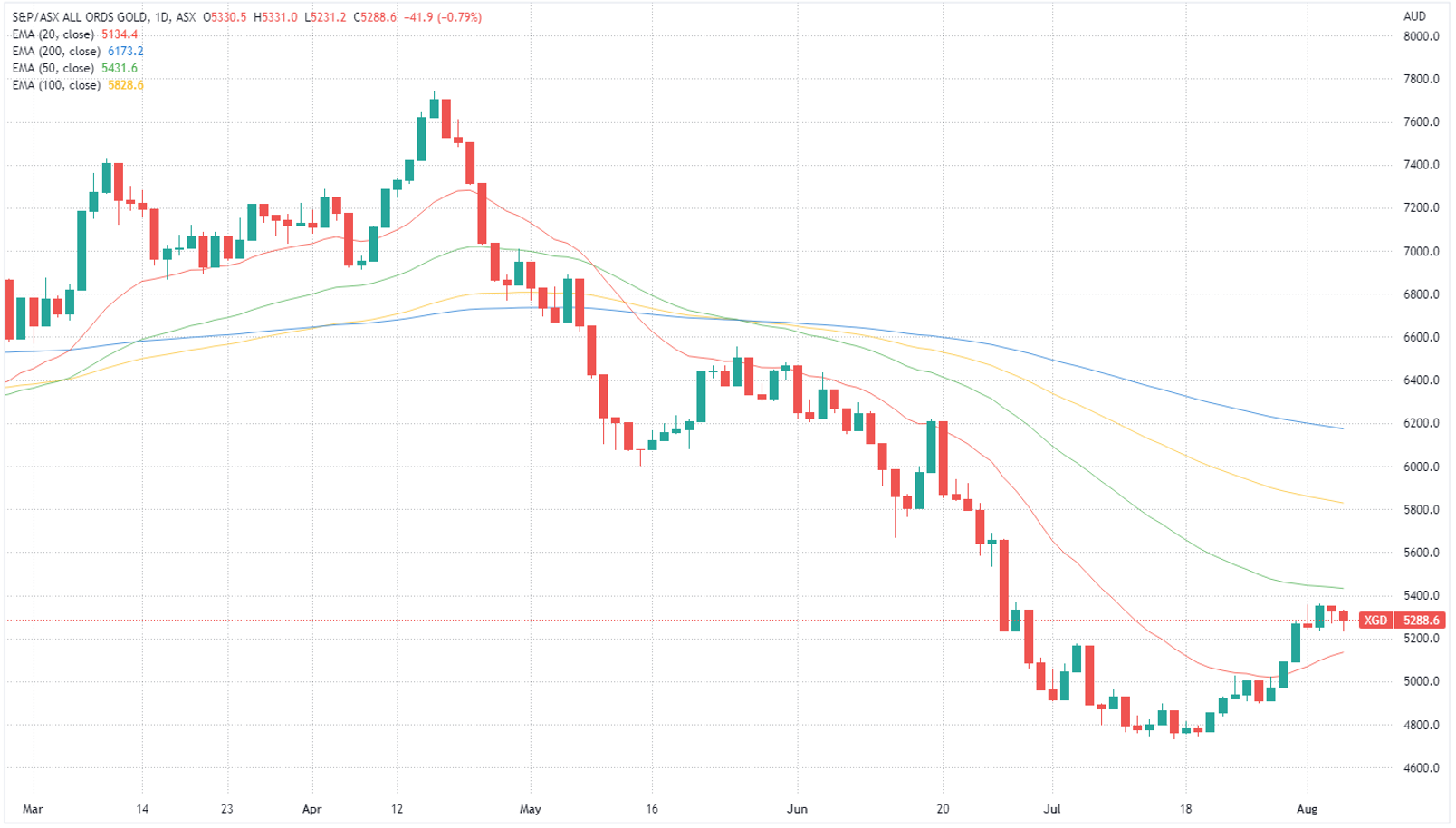 The Global X Hydrogen ETF continues to advance after a 11.1% gap up on 28 July. 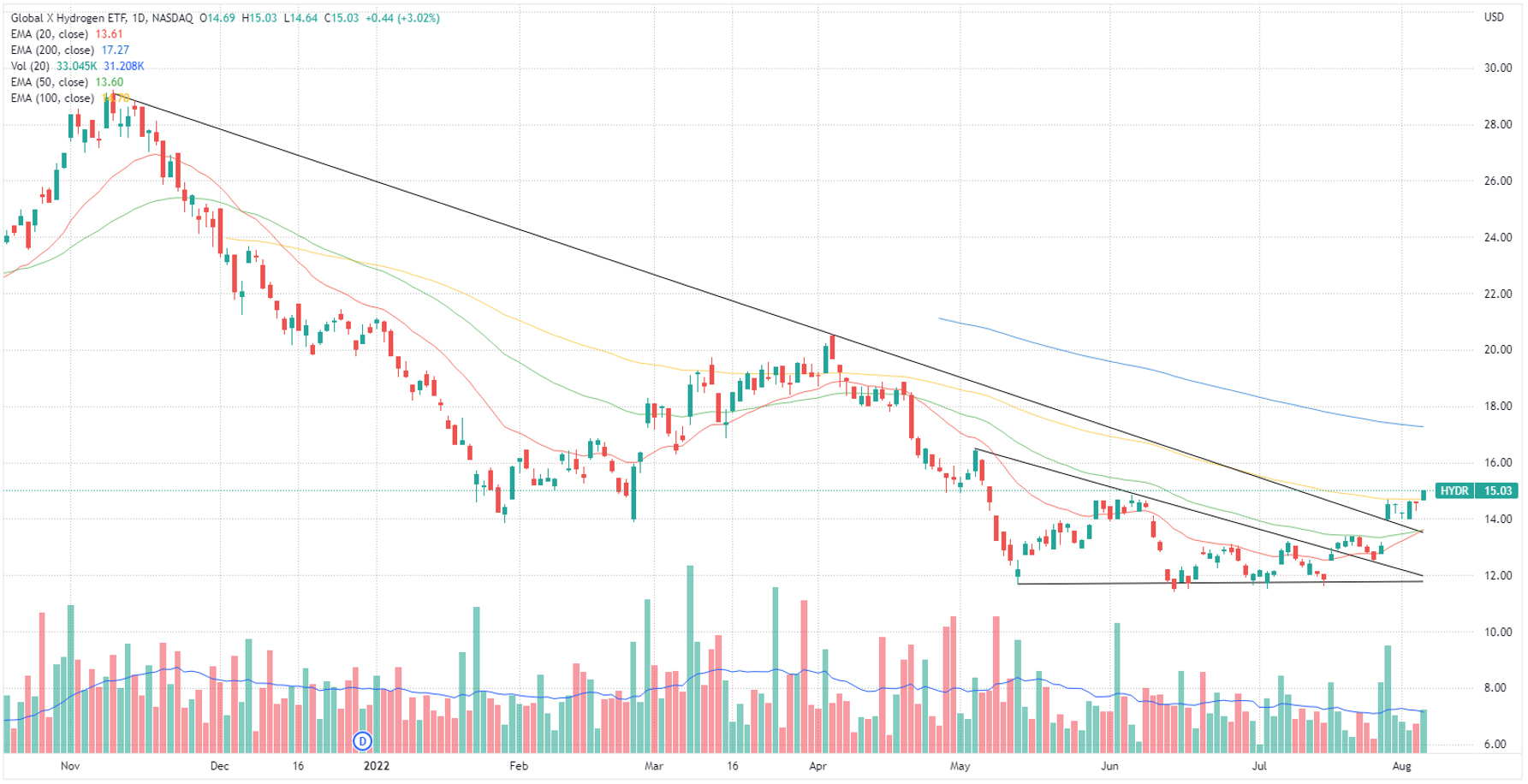 The iShares Biotechnology ETF has rallied 6.2% in the last two sessions.

ASX-listed biotech names like Telix (ASX: TLX) and Clinuvel (ASX: CUV) have been breaking out in the past few weeks. 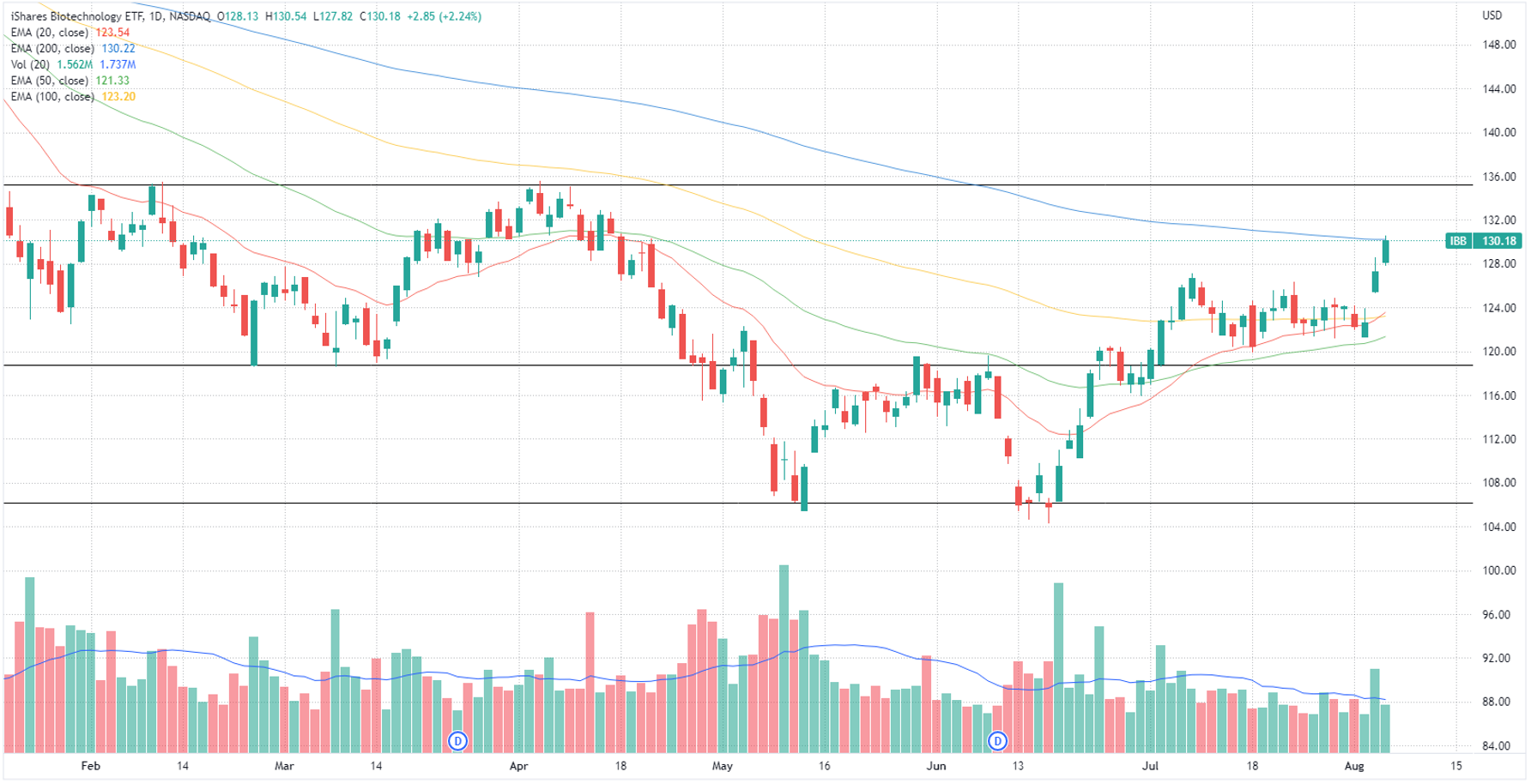