Wall Street continued to sell off amid rising recession fears, US inflation is beginning to ease, oil prices fell sharply as the demand outlook weakens and Oceania Lithium is set to make its ASX debut at 12:00 pm AEST.

Things were quite ugly on the final trading day of the quarter/half, exacerbated by investors and funds rebalancing their portfolios.

It was a terrible quarter for tech stocks (June quarter performance):

Back to overnight headlines and movers:

I'm almost considering writing nothing under 'ASX sectors to watch' as who knows where the first day of the financial year might take us.

SPI futures were pointing to a flat open on Thursday but the ASX 200 closed a sharp -1.97%, with a massive selloff taking place in the final hour of trade.

Today, SPI futures suggest a slightly positive open. But that's hardly encouraging given the weak lead from Wall Street and the wrath of disappointing economic data.

Most overnight ETFs were red and down between 1-3%, including Steel, Copper Miners, Fintech, Uranium and Jets.

Energy has been the worst performing US sector in the last two sessions.

Oil has done a sharp U-turn from an easy trade where dips were supported by tight supply and the lack of spare production capacity, to a potentially deteriorating demand outlook. 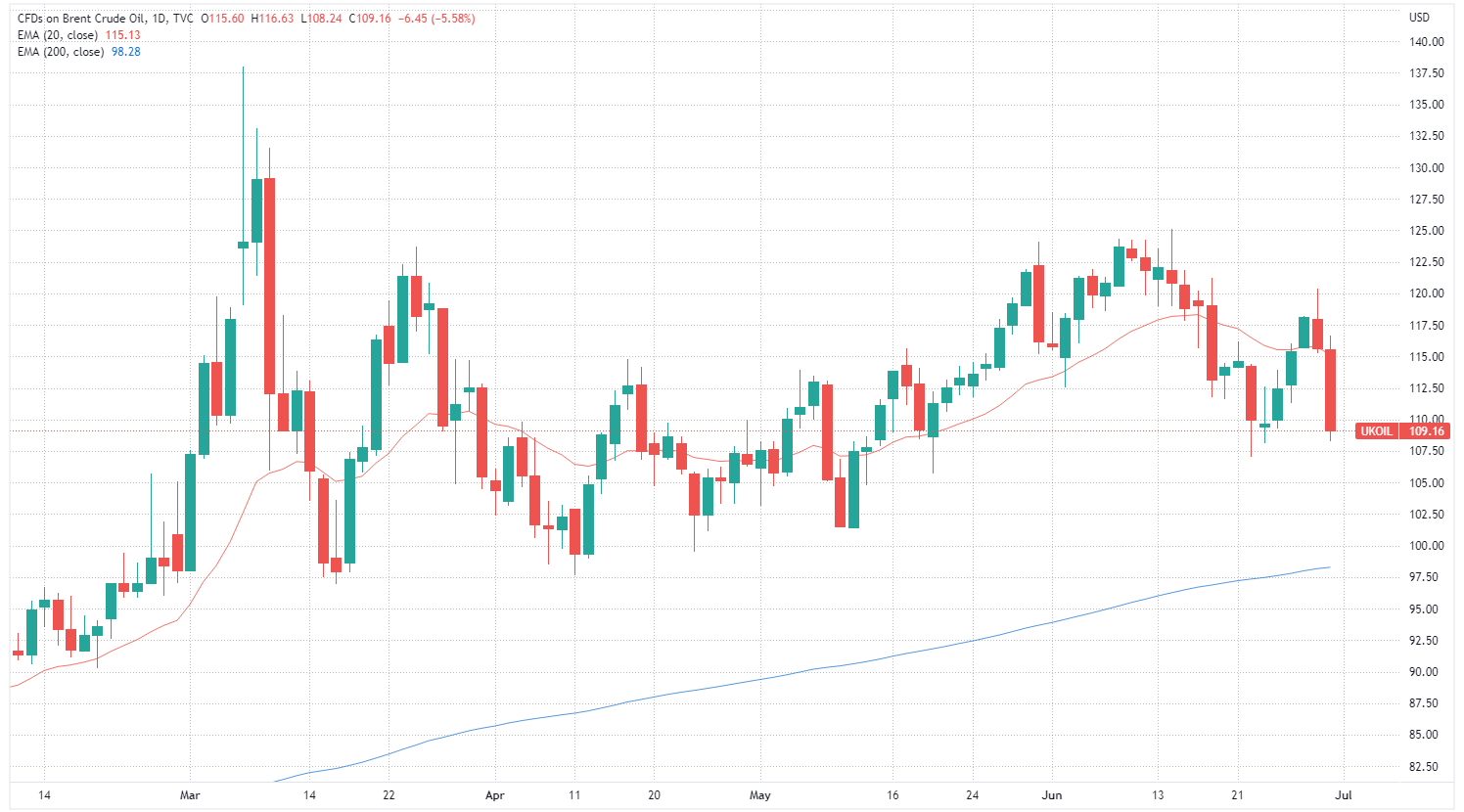 "Biden is going to try to get the Gulf alliance to pump more crude and if he is successful, oil could tentatively test below the US$100 level."