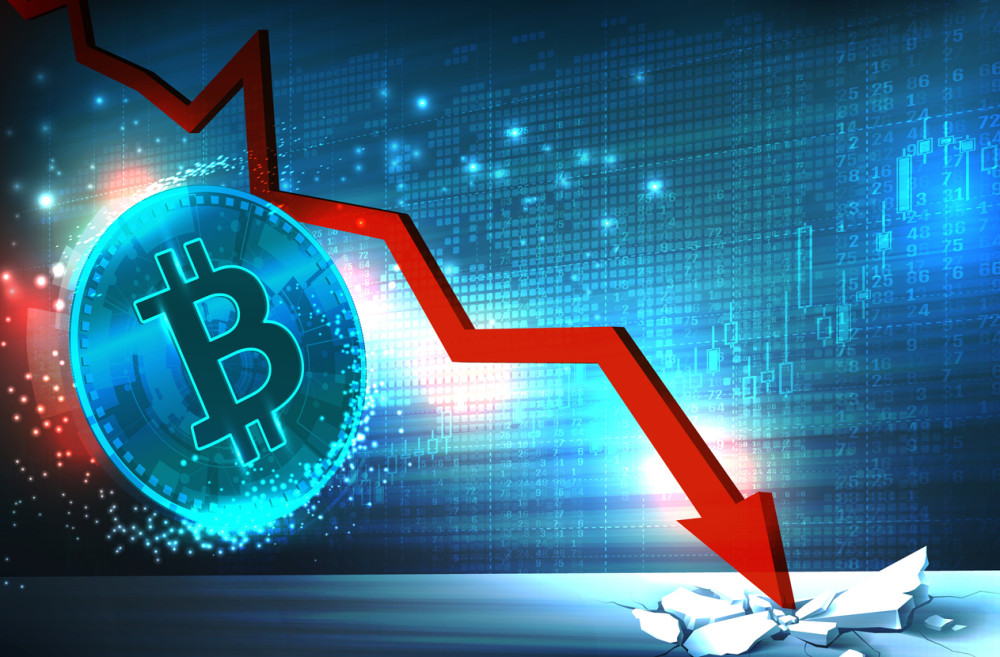 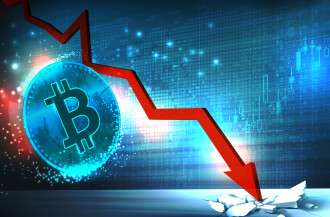 A sustained crypto sell-off continues to roll out globally as investors flee the experimental asset class market on the back of larger global equity sell-off trends around the world.

And a new victim has been named: the experimental 'stablecoin' Terra, a digital currency that was designed to always stay at 1:1 with the price of the USD.

Stablecoins are often used on retail cryptocurrency exchanges to enable buy and sell operations. By a varying approach of methodologies, stablecoins are intended to lure in risk-averse crypto traders. That approach, now, might need some slick PR work.

A similar product, Tether, is used by the Australian crypto exchange Swyftx to allow users to buy and sell assets such as bitcoin and ethereum.

So far, Tether is hovering just below USD$1, at 99.4cps. For now, Australian traders (using the Australian exchange) can relax.

But Terra users have a lot more to worry about, with the price of Terra now at 41cps. 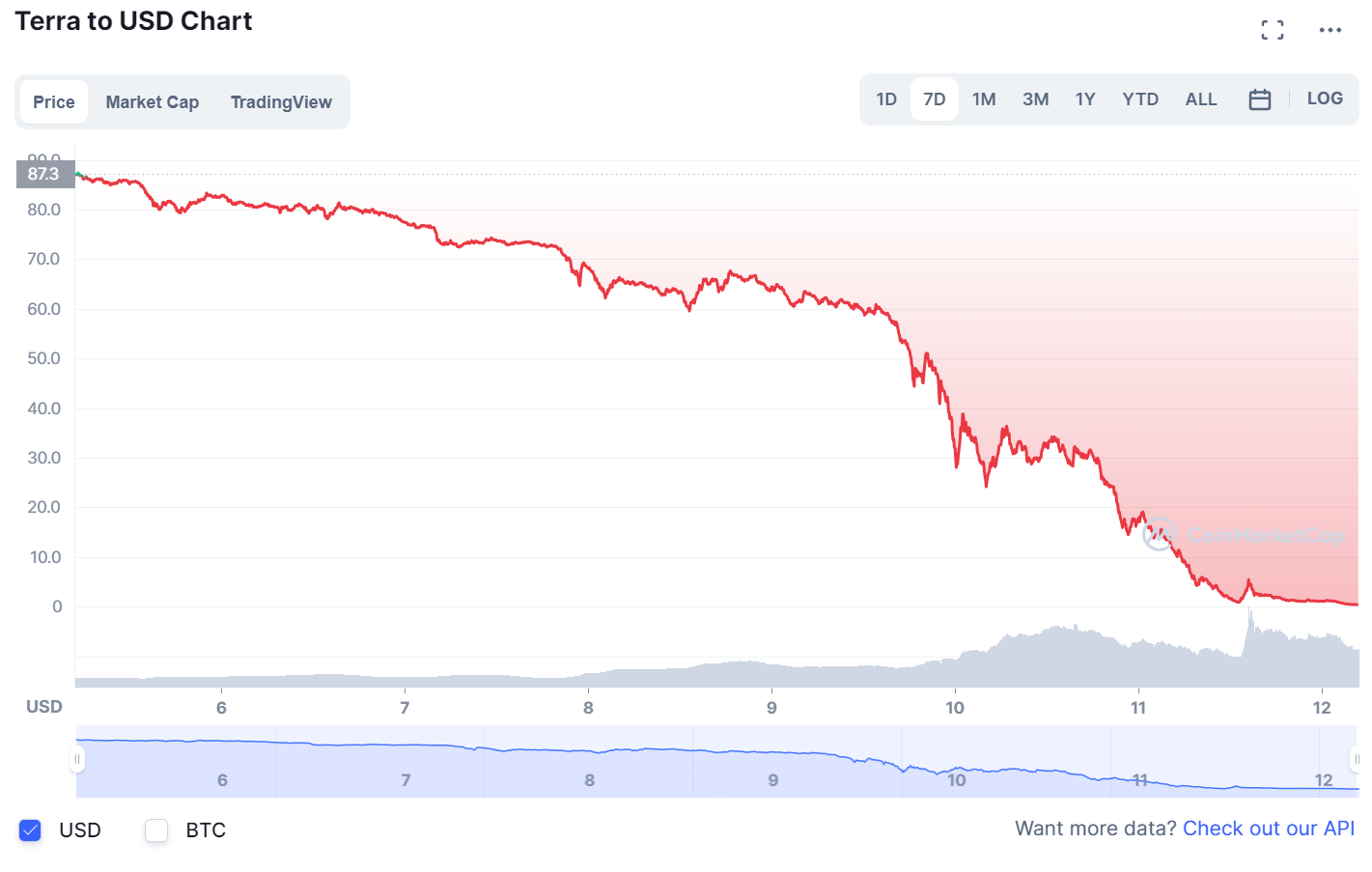 (Source: CoinMarketCap) The shape of Terra's charts over the last week

What traders will interpret of this move will depend on their philosophical position towards crypto. For critics of the still largely unproven asset class, the crash of Terra will be welcomed as an affirmative moral lesson on the untrustworthiness of cryptocurrencies in general.

For those who recently entered the crypto market, this may be more than enough to scare some people away for good. But stoic long-time players will likely not pay too much attention to the apparent failure of one 'stablecoin,' with a crypto market full of them.

In the first month of this year, over 1,000 new cryptocurrencies were minted. Nonetheless, the founder of Terra, Do Kwon, unleashed a heartfelt missive on Twitter apologising to users for their struggles and pandering to community sentimentality to get through this development "together."

Anyone who holds the cryptocurrency LUNA, which is tied to Terra, is in the same boat.

How exactly that 'tie' works is, in layman's terms, difficult to explain. The most important takeaway is that Terra's approach to stabilising a 'stablecoin' has clearly failed to stand up to the pressures of a modern plague, inflation panic, energy crisis, and a European war.

A wet blanket for crypto ETFs

The news is likely no welcome omen to the providers of Bitcoin and Ethereum ETF products which launched this week in Australia for the first time, either.

The managers of those assets are more likely than not currently quoting Murphy's Law to everyone who will listen.

The price of Ethereum has sunk to USD$1,940 after climbing back to $3000 following an earlier sell-off in the first quarter of 2022.

The better-known original cryptocurrency, Bitcoin, has slumped to at US$27,840, down from US$47,000 at the end of March. 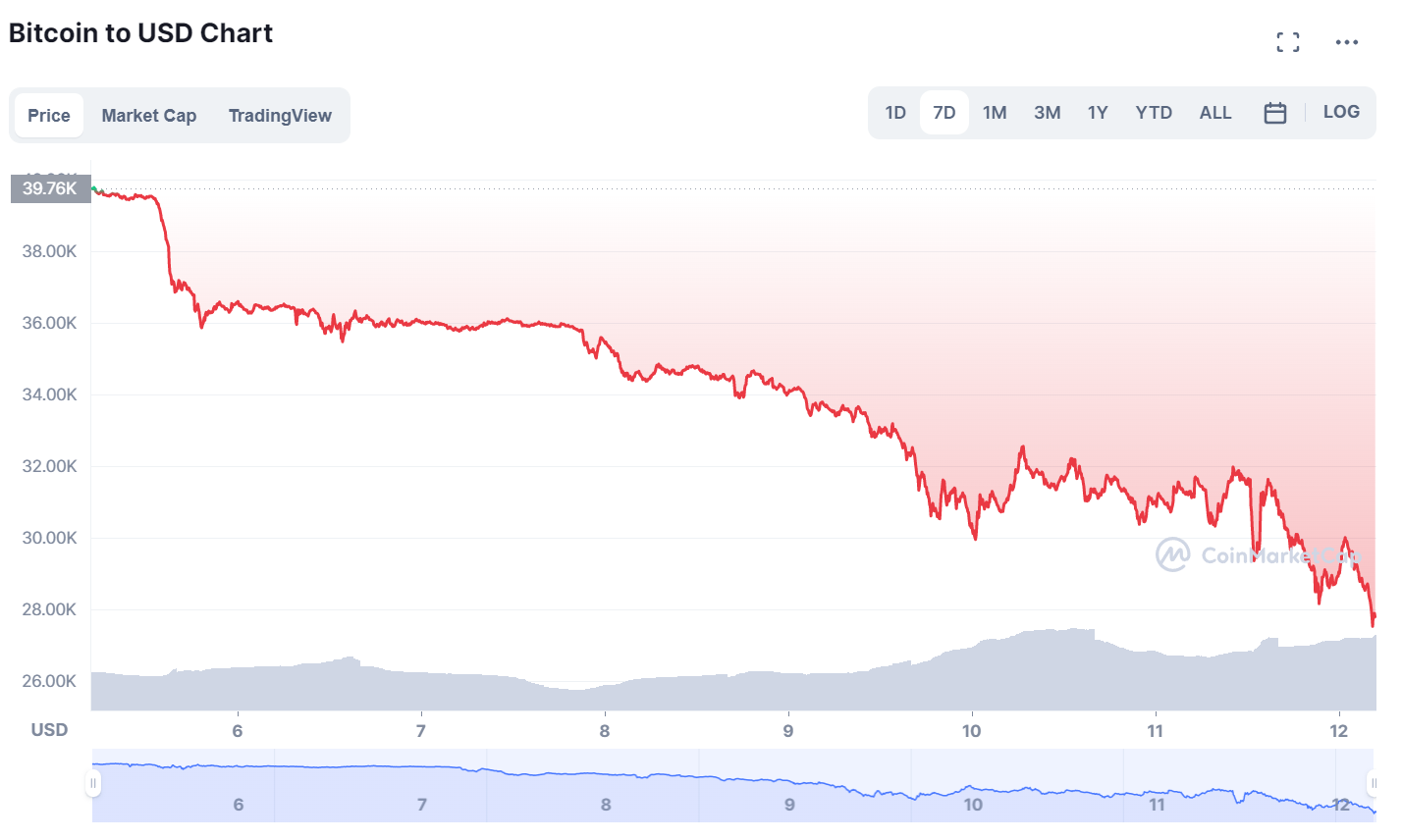 (Source: CoinMarketCap) The shape of Bitcoin's charts over the last week

Australia's first Bitcoin and Ethereum ETFs to launch on Thursday