Minerals 260 (ASX:MI6) investors have seen the company’s share price shoot up over 35% in the first hour of Monday trades.

The price jumped ten cents on open to 40c but quickly receded. Even with that sharp snapback down to 34c, its performance still sits up 36%.

Driving the strong movement is the company’s revelations today it is sitting on RC drilling results indicating the equivalent of a 13m long core boasting a gold grade of 3.3 grams per tonne (g/t). 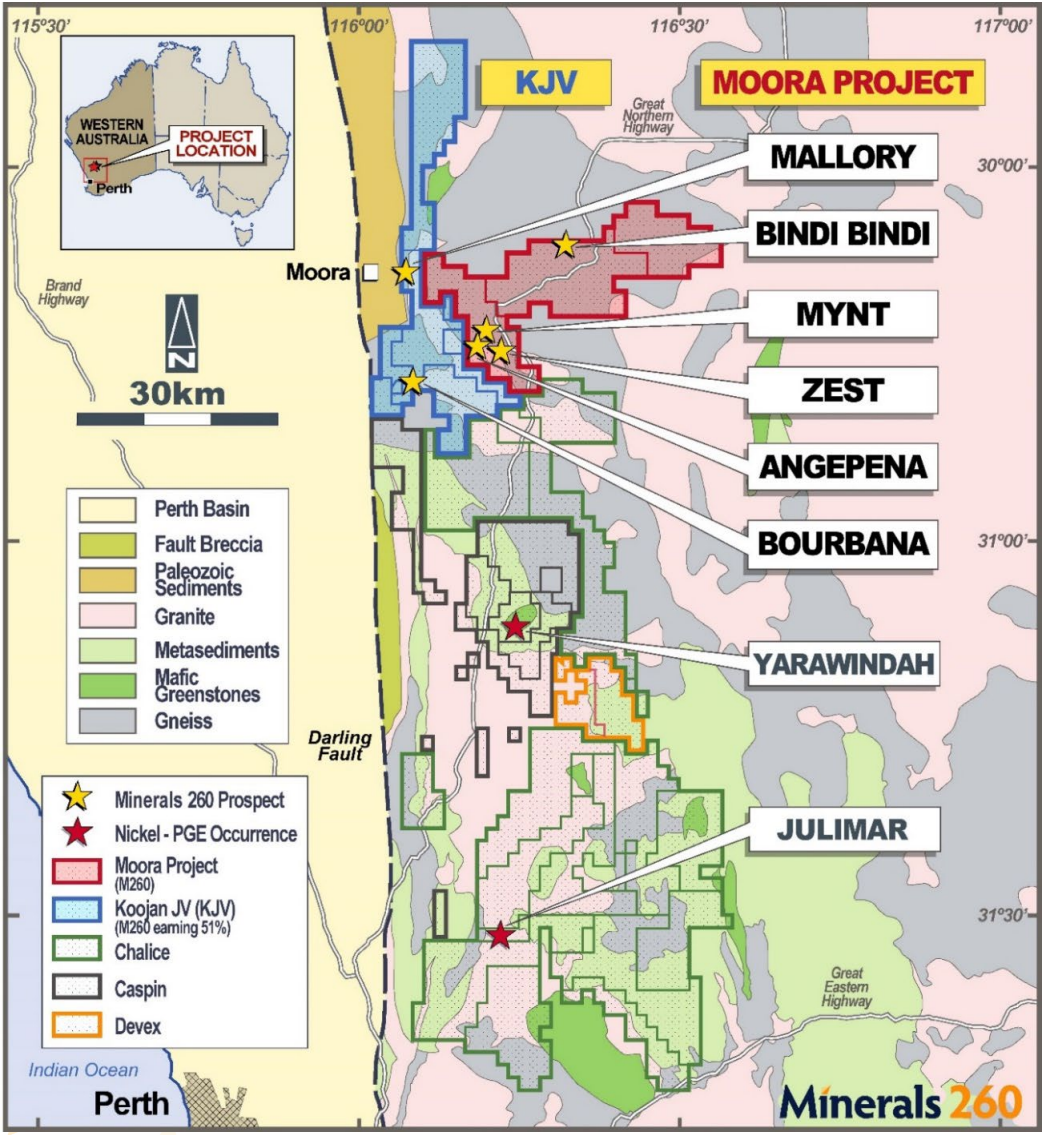 For context: a map locating the WA Moora Project

Where have they found it on-site?

Today’s results are from a drillhole executed some 55m down-dip from a previous positive hit.

In the earlier drillhole, Minerals 260 found a 12m long section with a grade of 2g/t.

Given that company geos have now found higher grade gold some 55m away in the general direction mineralisation is believed to extend, the company has more evidence to suggest it’s onto a good thing.

The overall commercial prospectivity of the Zest prospect remains to be seen, with further assay results inbound.

Nine separate drillholes at Zest are still the subject of an ongoing laboratory process, but results are expected in the near future. And, a further 126 results are pending for air-core drilling, too.

The location of drilling was informed in part by soil and geochemical tests which gave strong evidence of which way mineralisation deposits elongate underneath the ground on-site.

And even if Zest comes up short, investors have little to worry about at this early stage: other prospects at the Moora Project have shown strong results.

The Angepena prospect, in particular, returned an 18m core equivalent RC section at a grade of 3.9g/t. 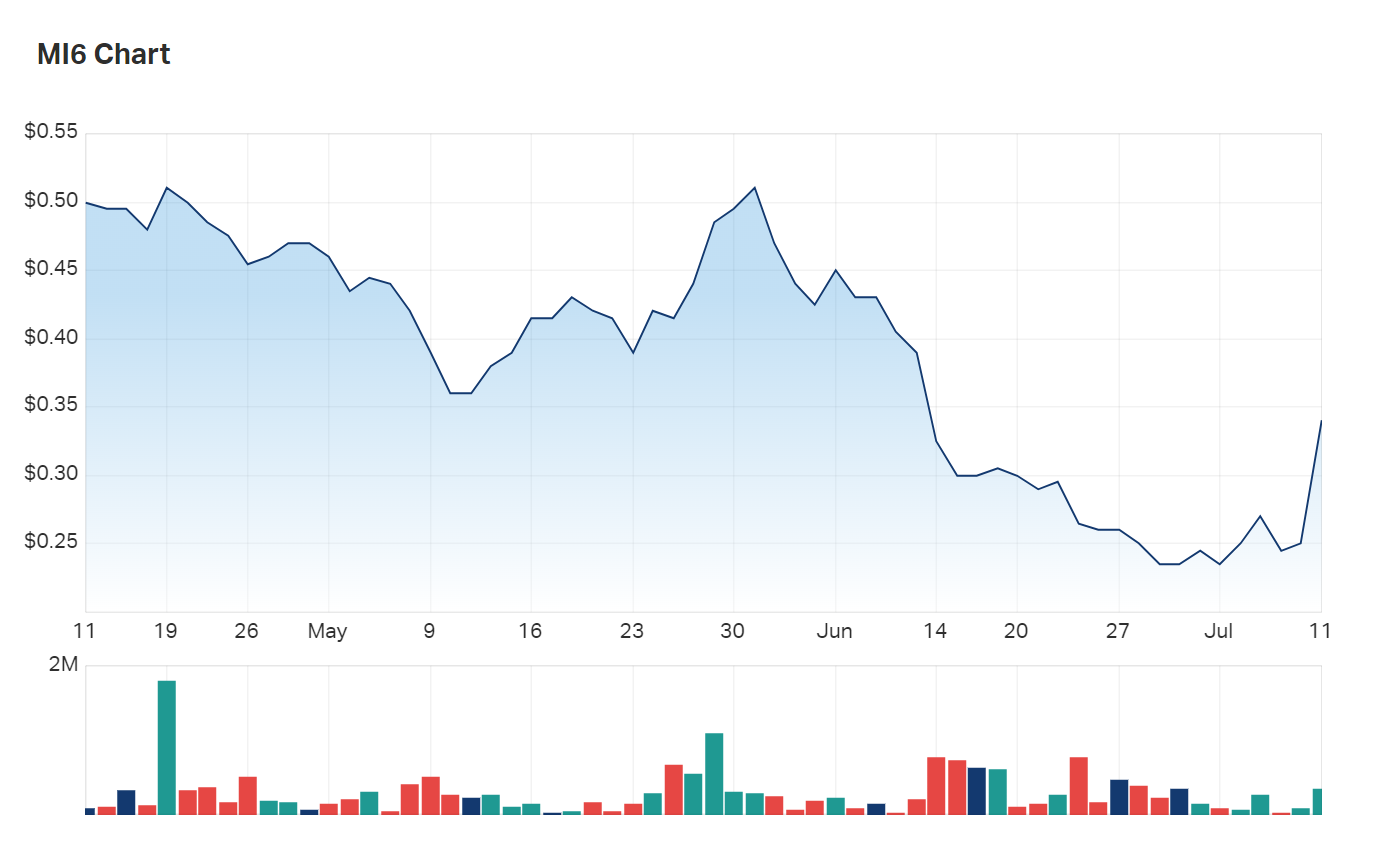