MetalsGrove (ASX:MGA) is itching to get drill rigs out on-site at the Bruce Prospect in the NT after discovering a huge new target on-site.

Running adjacent to the nearby Plenty River mine, the magnetic anomaly has features thought to relate to lithium pegmatites.

A new 6000km line airborne magnetic survey will be launched over the company’s NT Arunta acreage in the coming weeks and months.

This will better define the newly found target at Bruce and allow the company a chance to use modern tech to inform the drilling program.

Data reviewed by the company came from the 2017-2018 Northern Territory Geological Survey.

Drills will directly target the magnetic anomaly found at Bruce.

Where is the Bruce Prospect?

The Bruce Prospect is located in the Central Desert Region of the NT covering an area of some 17,200ha.

Thor Mining’s tungsten-molybdenum project is located some 10km to the northeast.

A historical garnet mine once owned by Harts Range is located 80km west. 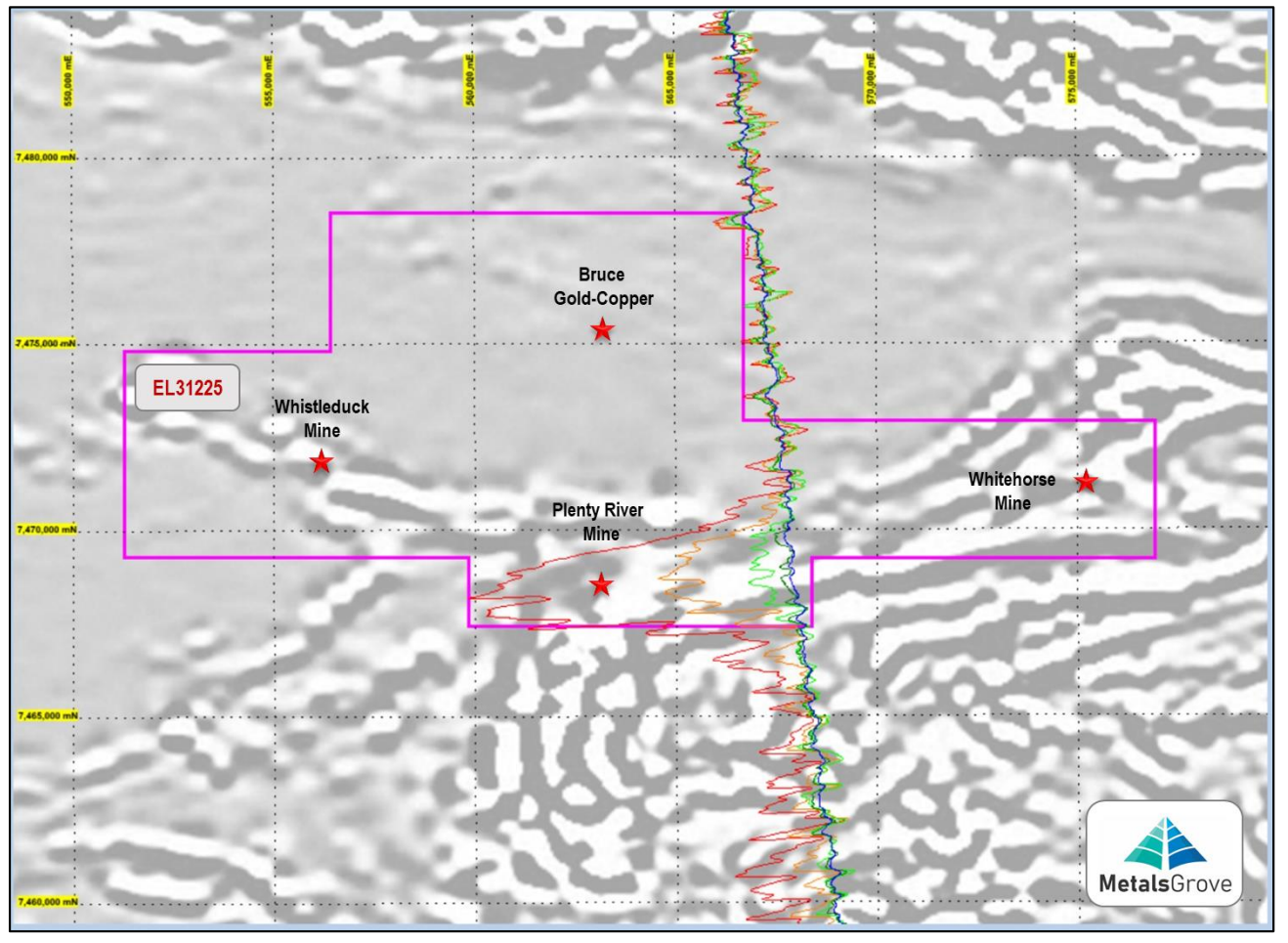 What is the Arunta Project?

MetalsGrove’s Arunta project is located some 300km from Alice Springs and prospective for rare earths, copper-gold, and lithium.

It is the company’s only NT acreage, with its other two projects being located in WA: Woodie Woodie North and Upper Coondina respectively.

Both WA projects are south of Port Hedland.

“The broader Arunta Project is a highly mineralised region which has already demonstrated the potential to host [high-value minerals,]” Sivasamy said.

“We are delighted with the results from our review of historic data, as it has confirmed the strong potential of the Bruce prospect.”

MetalsGrove was a Market Index client at the time of publishing. All coverage contains factual information only and should not be interpreted as opinion of financial advice.