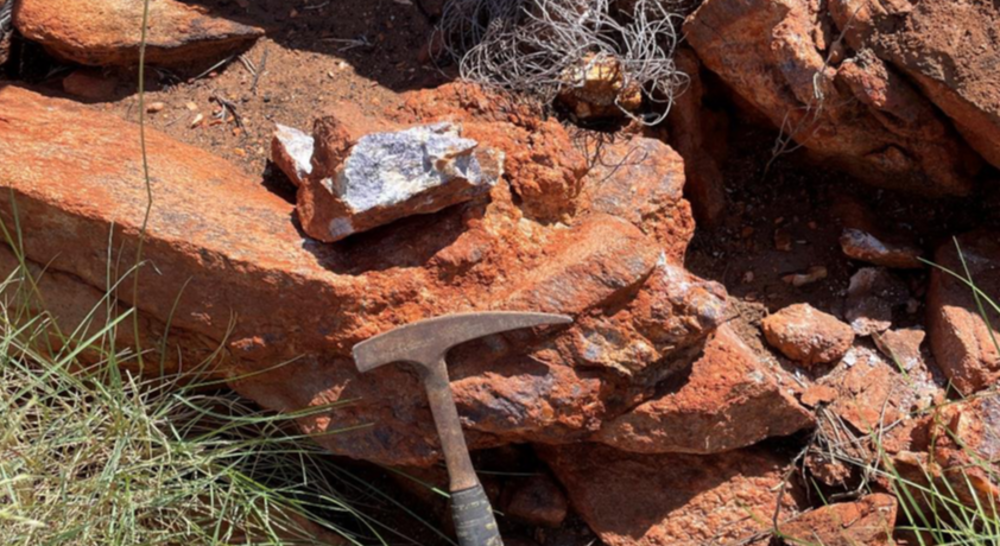 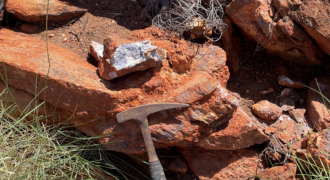 Earlier drill samples have turned up lithium, however, the latest run—covering drill holes MNRC070 and MNRC071 have turned up strong results for base metal mineralisation on-site, allowing the company to underpin its dual exploration plans with confidence, regardless of the results of further pegmatite testing.

The Manindi Zinc Project is run in tandem with the company’s Manindi Lithium Project targeting the same WA acreage as the former. 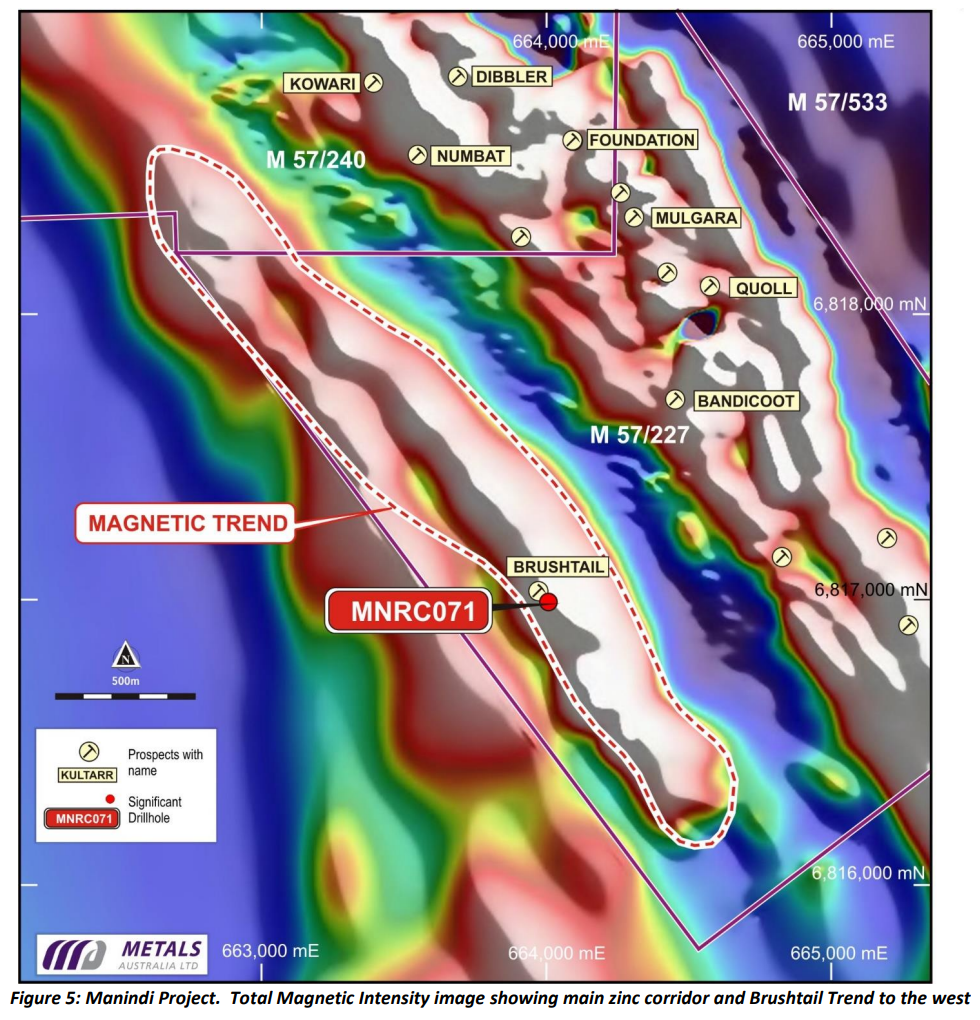 (Source: Metals Australia) A map detailing the location of the Brushtail prospect

Despite finding more evidence for Zinc than that found for Lithium in the latest drill run, Australian Metals is still riding on confidence for its lithium project, driven in part by previous results scored across seven holes previously drilled.

One program targeting the so-called Foundation Pegmatite—the largest pegmatite onsite the company has identified—intersected one key target at 16m @ 1.12% Li2O from 19m in MNRC042.

Metals Australia also notes that back in 2018, it drilled for lithium onsite the separate Mulgara target, for which preliminary flotation tests on previous diamond drilling samples produced concentrates with grades up to 3.05% Li2O.

Despite falling sharply in the start of May, the price of Zinc is still up 31% YoY. On the 19th of April last month, it was up 54% YoY, and reflected a YTD increase of 25%.

As of this afternoon, that YTD figure has fallen to a more humble 6.3% YTD growth, underscoring the significant volatility currently defining the shape of Zinc markets.

The same can be said for lithium markets. This time last year, a tonne of lithium cost some US$13,000. 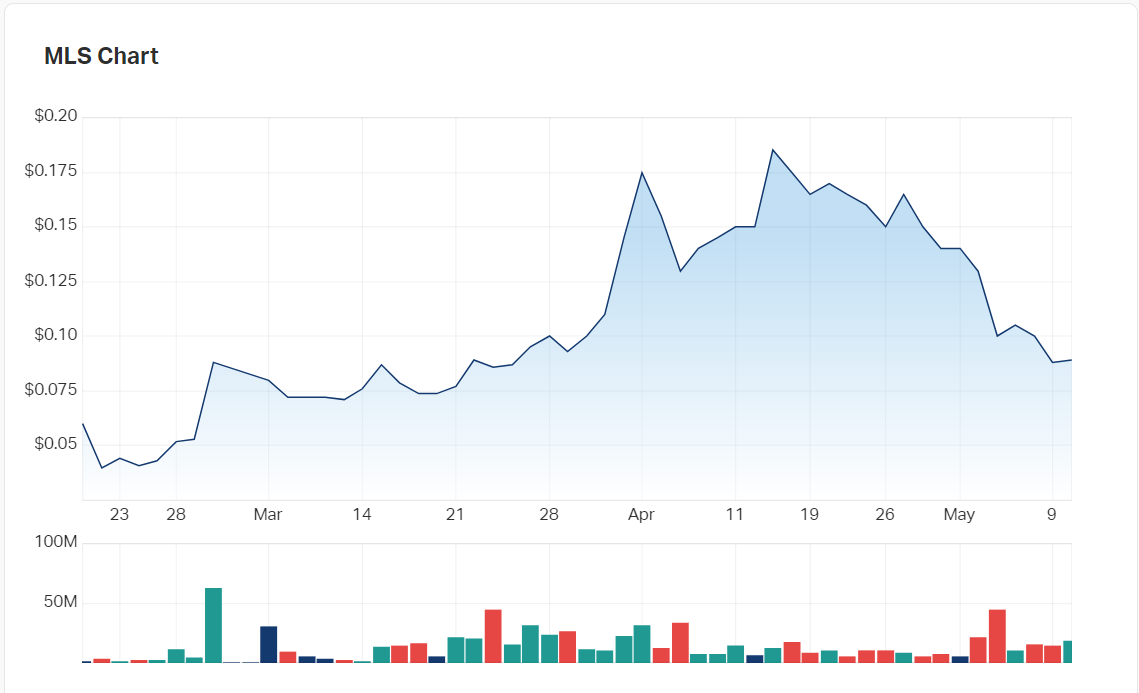 The shape of Metals Australia's charts over the last three months