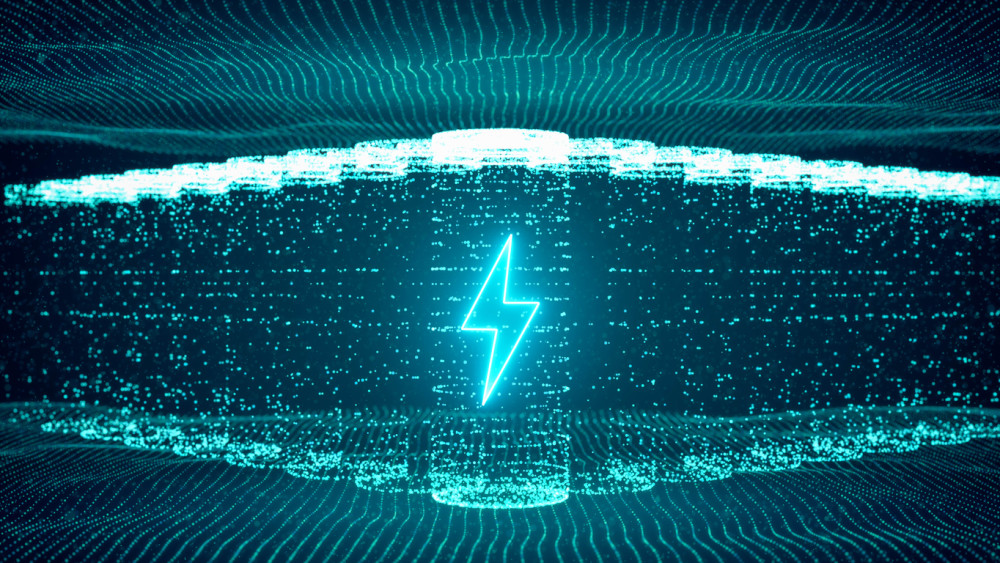 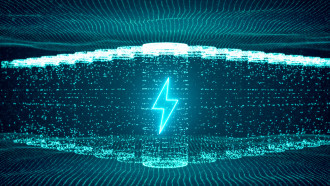 Meeka Gold (ASX:MEK) is up 7% in post-lunch trades as the company announces "spectacular" rare earth grades from the company's Cascade Rare Earths Project northwest of Esperance.

Of those TREO intersections, 50% are high-value magnet rare earths and critical rare earths respectively, each representing a quarter share. 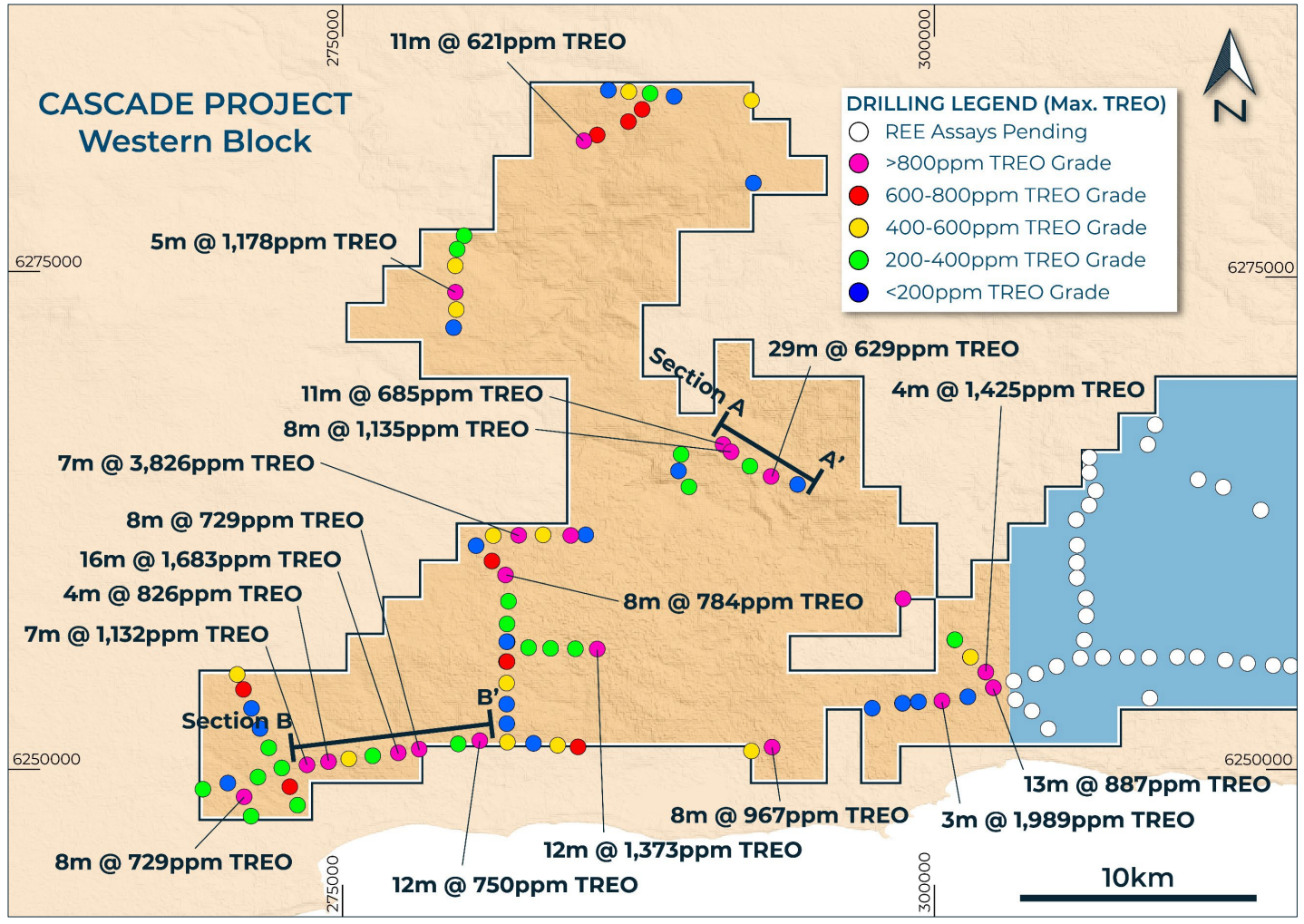 An overview schematic of the Cascade project Western Block

Assaying of a further 105 holes from the eastern block of Cascade are expected later this month; results from today regard holes on the western Cascade block.

Meeka Gold is the 100% owner of the Cascade REE Project.

The company will in June release a forward activity plan based on the assay results to be delivered in late May.

Meeka Gold is confident it will secure a commercially viable pathway forward to exploit high prices currently attached to rare earths on the domestic and international market.

TREO and REE materials are also key elements within communications technology manufacturing; Australia sits as a partner with the US as both countries fund strategies to secure domestic critical mineral supply chains. 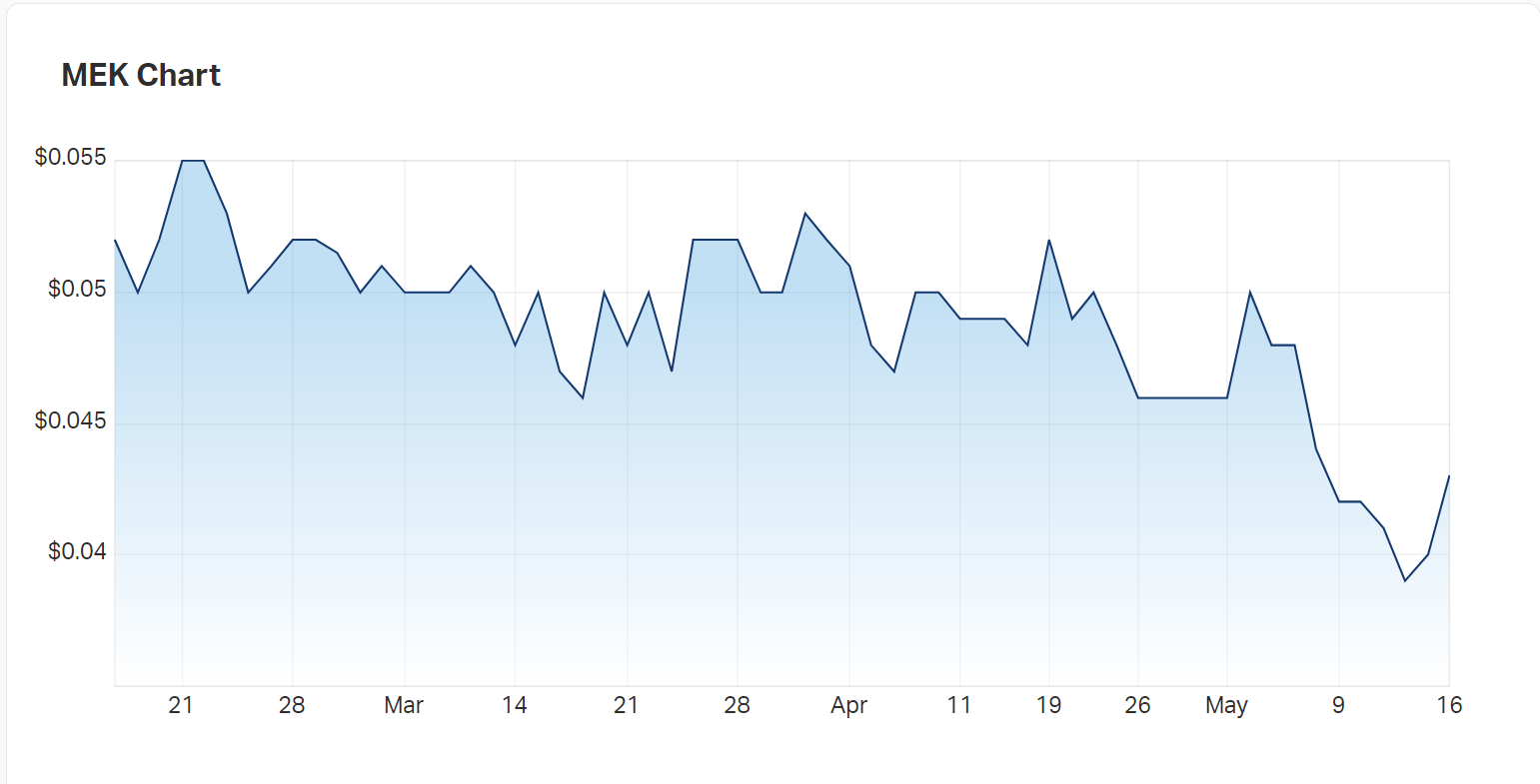 Meeka Gold's charts over the last three months; shares are up 7.5% today