Massive week for US corporate earnings: Has enough bad news been priced in?

The ‘price’ in price-to-earnings has tanked but now the ‘earnings’ will be put to the test as the US kicks off quarterly reporting season.

This week has a massive line up of companies that should give investors a good indication for how earnings have held up amid the threat of economic slowdown and rising cost inflation.

JPMorgan, the biggest US bank by assets, earnings’ fell short of expectations, down -3.5% to fresh 52-week lows on the day of the result.

Citi profits declined -27% compared to a year ago, but came in well above expectations. Revenue rose a greater-than-expected 11% thanks to higher interest rates and strong performances from its trading division and institutional services business.

Only 7 out of the first 35 S&P 500 companies that have reported their second quarter earnings, had their third quarter earnings estimates raised afterwards, according to The Earnings Scout.

77% had their third quarter earnings estimates cut. The average cut was -3.04%, the worst estimate revisions since June 2020.

Interestingly, if you look at the YTD returns (right most column), the average stock has declined -19% this year. And more importantly, is this enough to price in the potential headwinds? 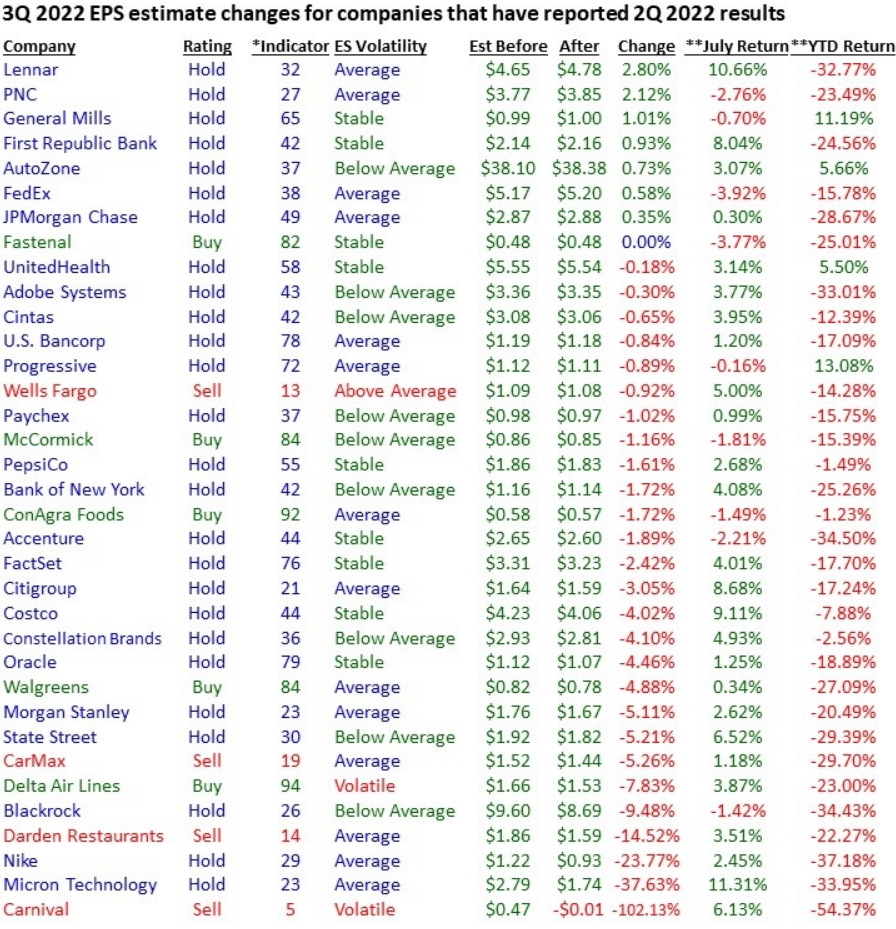