In an exploration update released today, small-cap miner Lithium Energy (ASX: LEL) has played up similarities between the company’s Solaroz project and nearby deposits owned by majors Allkem (ASX: AKE) and Lithium Americas.

While the stock plunged -12.81% today, it may be a case of bad timing, rather than bad news: the materials sector has underperformed the already free-falling market, with the S&P/ASX 200 Materials index down -2.28% today.

Lithium Energy may also simply be correcting after enjoying a big recent run-up – the company has jumped 30.73% over the past month. 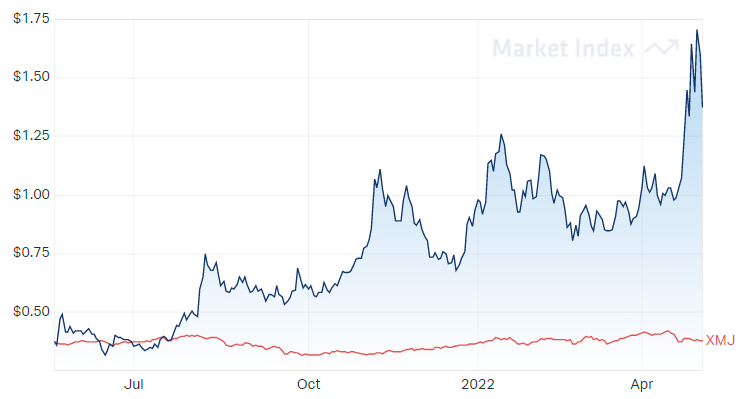 Lithium Energy’s share price over the past year. The S&P/ASX 200 Materials index is shown in red.

Locking into the lithium triangle

The Solaroz lithium brine project is set in the so-called ‘lithium triangle’ – a region of the Andes mountains around the borders of Argentina, Bolivia, and Chile that holds 54% of the world’s lithium resources, according to Resource World.

At Solaroz, passive seismic surveys have found parallels between the company’s Payo concession and Allkem and Lithium Americas’ projects.

“The results [are] encouragingly consistent with previous geophysical results published by lithium majors Allkem Limited and Lithium Americas Corporation over nearby areas in the Olaroz Salar,” says the company.

Why similarities to Allkem matter

In Allkem’s latest quarterly report (published on 14 April), the company reported a mineral resource of 16.2Mt of lithium carbonate equivalent at Olaroz.

Allkem – which is up 62.93% over the past year – believes Olaroz will be critical to the company’s goal of maintaining a 10% share of the world’s lithium market over the next 10 years.

“Total Allkem resources at the Olaroz and immediately adjacent Cauchari basins are now 22.5 Mt LCE in all resource categories, making it one of the largest lithium resources in the world,” says Allkem. 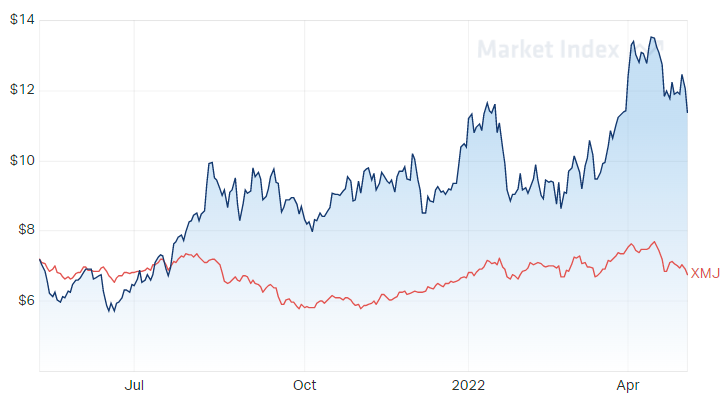 Allkem’s stock price over the past year. Materials Index shown in red.

By evaporating brine in ponds, the ultimate end goal of Lithium Energy’s Solaroz project is the production of lithium carbonate. 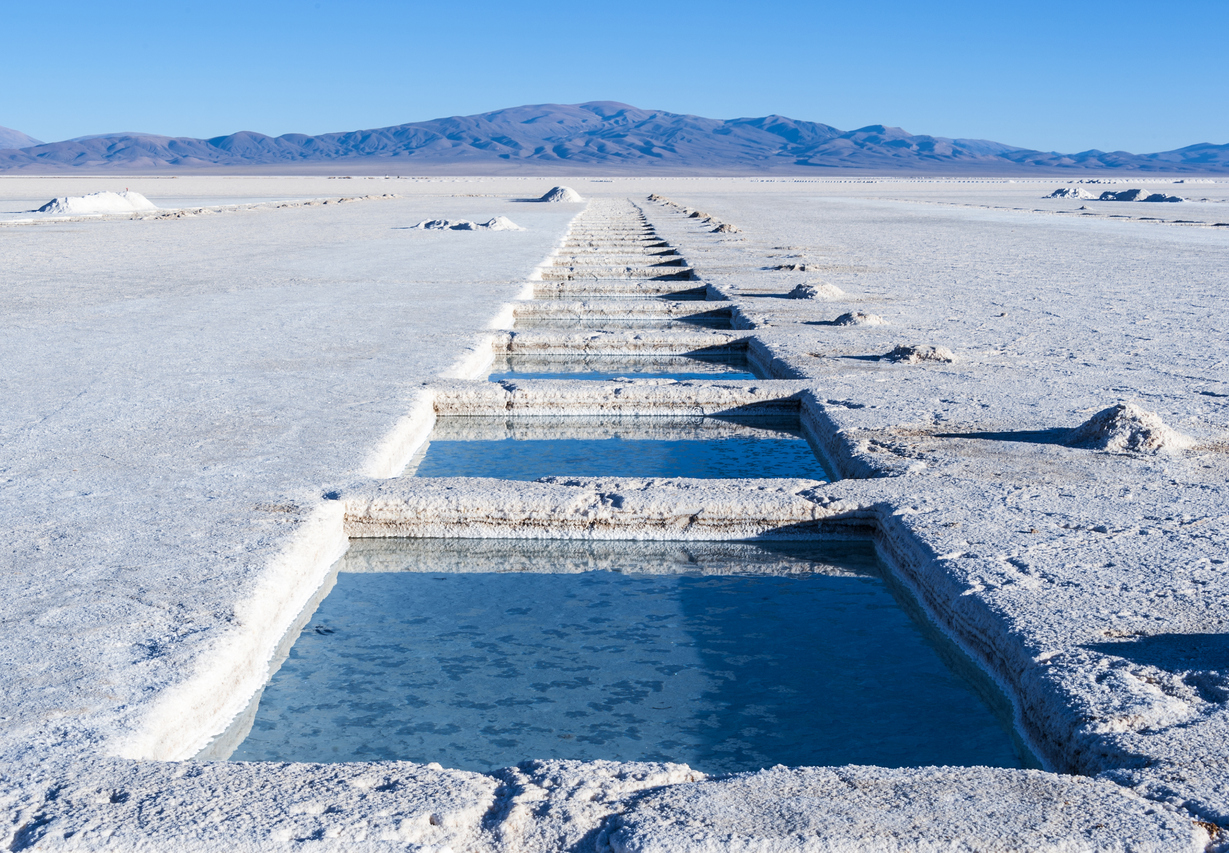 Over the last year, it’s been a fortunate time to be exposed to the commodity. Lithium carbonate prices have jumped 413.89% over that period as the world pushes to decarbonise.

However, the beginning of May saw lithium carbonate prices ease back from an all-time high to decline to the lowest level in 2 months, weighed down by several developments in China:

Whether this top out represents a brief speed hump or a meaningful headwind remains to be seen. 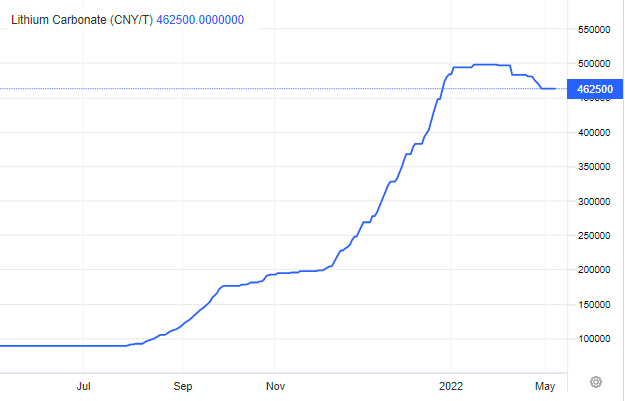 Lithium carbonate prices over the past year. Source: Trading Economics 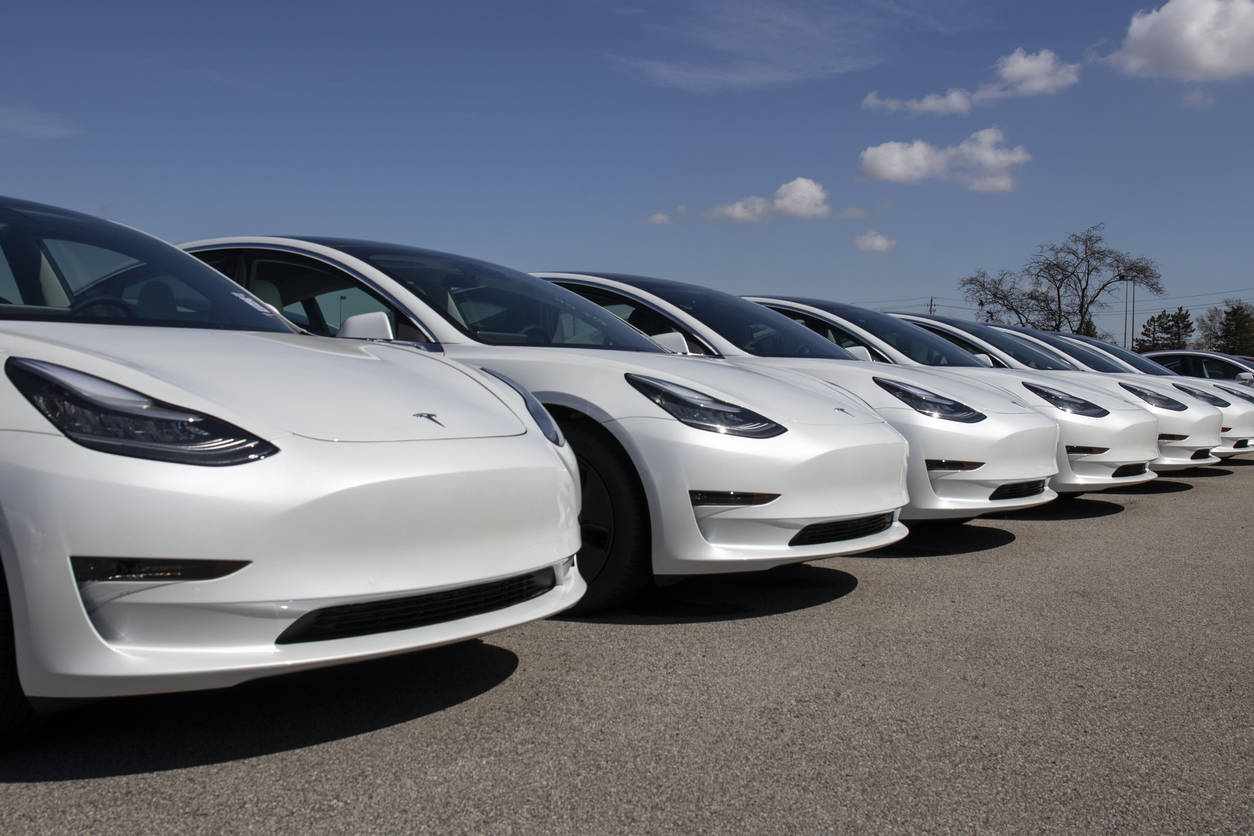 Next catalysts for Lithium Energy

Further passive seismic surveys along the company’s other 7 concessions are expected to begin soon. The company plans to finish these in 3-5 weeks.

Likewise, the high priority drill targets are currently being prepared for an upcoming drill program at the project.

These activities will seek to verify the company’s unconfirmed mineral resource of 1.5-8.7Mt of lithium carbonate equivalent.