Crushing at the company’s Georgetown processing plant of ore sourced from Agate coincides with the start of haulage operations.

Laneway reports mining operations at Agate are at or above targeted levels; a refurbishment at Georgetown is set to be complete early next month.

The company notes the restart of Georgetown operations will allow Laneway to take full ownership of its gold production operations.

Laneway has executed a share sale agreement to purchase Masterson Minerals, the owner of the Georgetown plant. Settlement is scheduled for August.

In June, the company received environmental approvals to use the Georgetown plant in a win for the company. 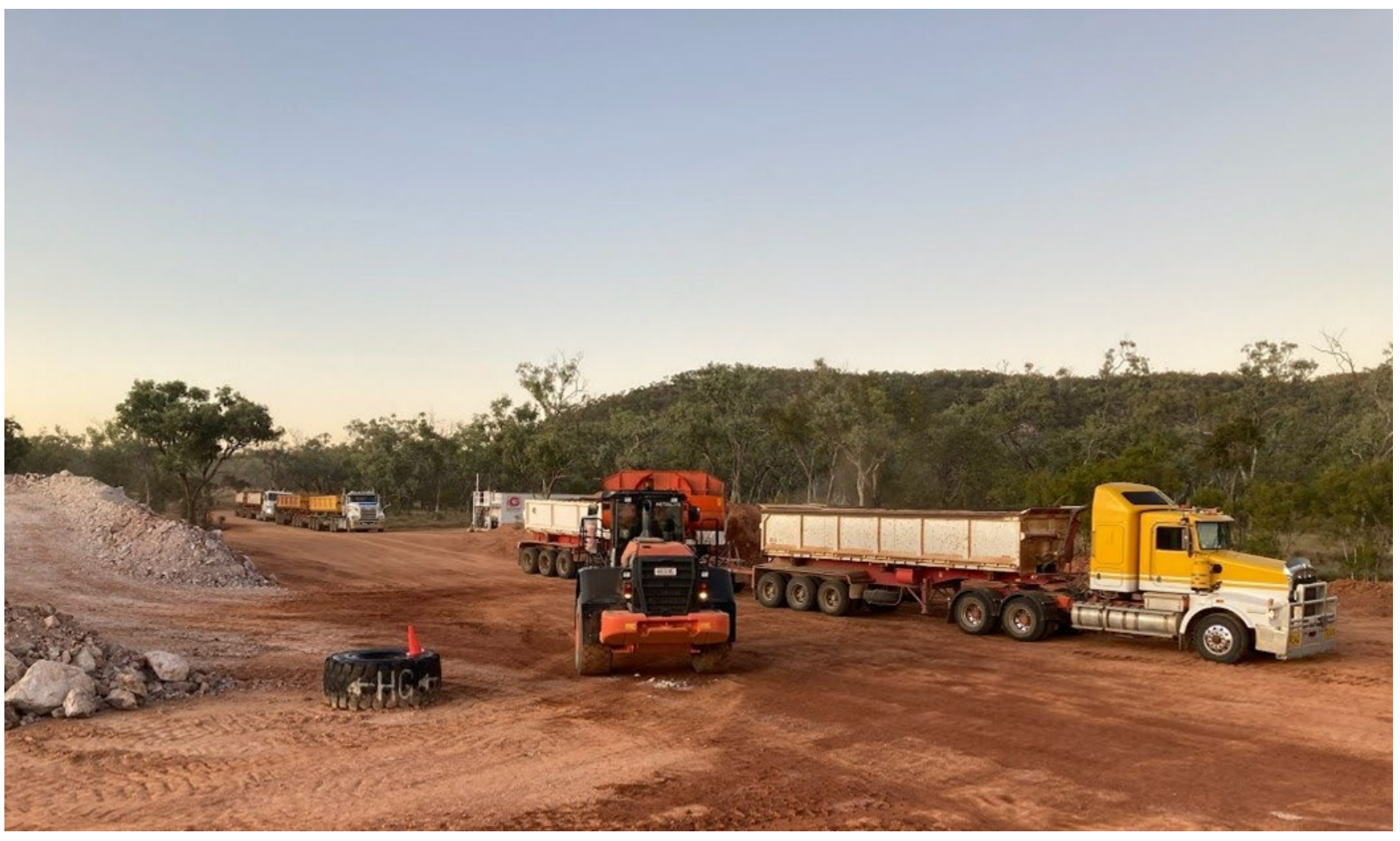 A look at haulage activities underway at Agate Creek

“Laneway is continuing its rapid progress towards commencement of gold production,” Gordon said.

“This will provide an ongoing revenue stream that will establish a base for unlocking the considerable value in our project portfolio.”

What is the Agate Creek project?

The project has a resource of 471,000 ounces of gold and is carrying out ongoing drilling in a bid to boost estimates.

An updated design for the Agate project details 6 separate open pits, each with a capacity for 200-250,000 tons of ore per annum.

After years of work, the company is now set to go from explorer to producer.

Worth noting is that the company is intending to seek shareholder approval to become Savannah Goldfields Limited in the near future.

A 40-for-1 share consolidation will also take place shortly after.