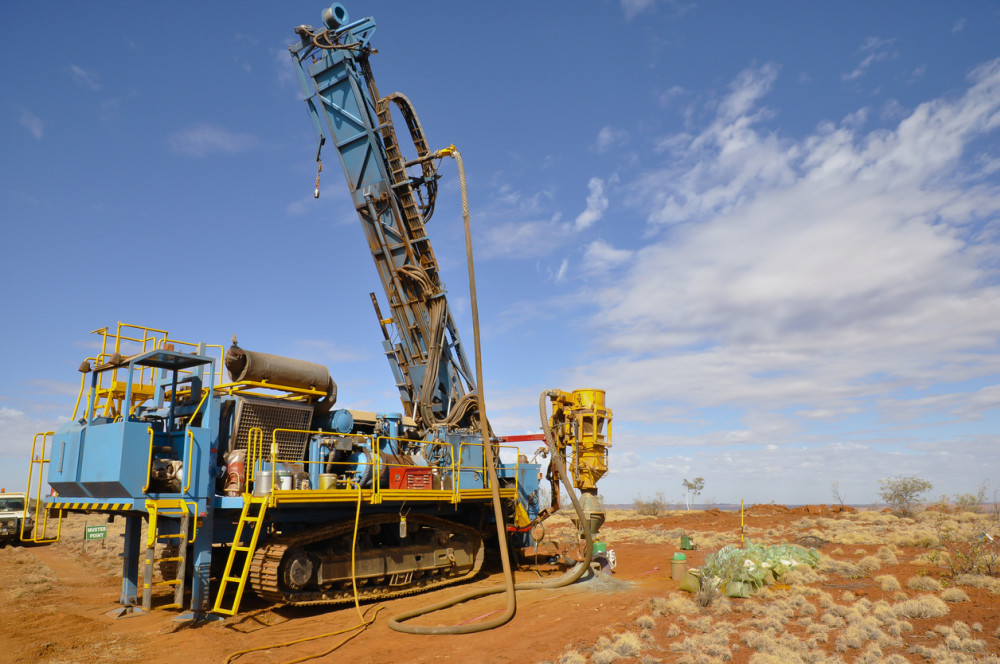 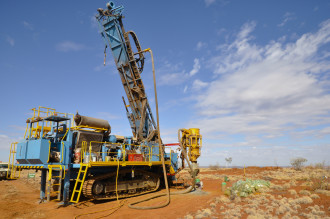 Key magnetic rare earth oxides Neodymium, Praseodymium, Dysprosium, and Terbium (Nd-Pr-Dy-Tb) are up to 759ppm and average 179ppm, which the company calculates as an average TREO count over 500ppm in the retrieved intersections. 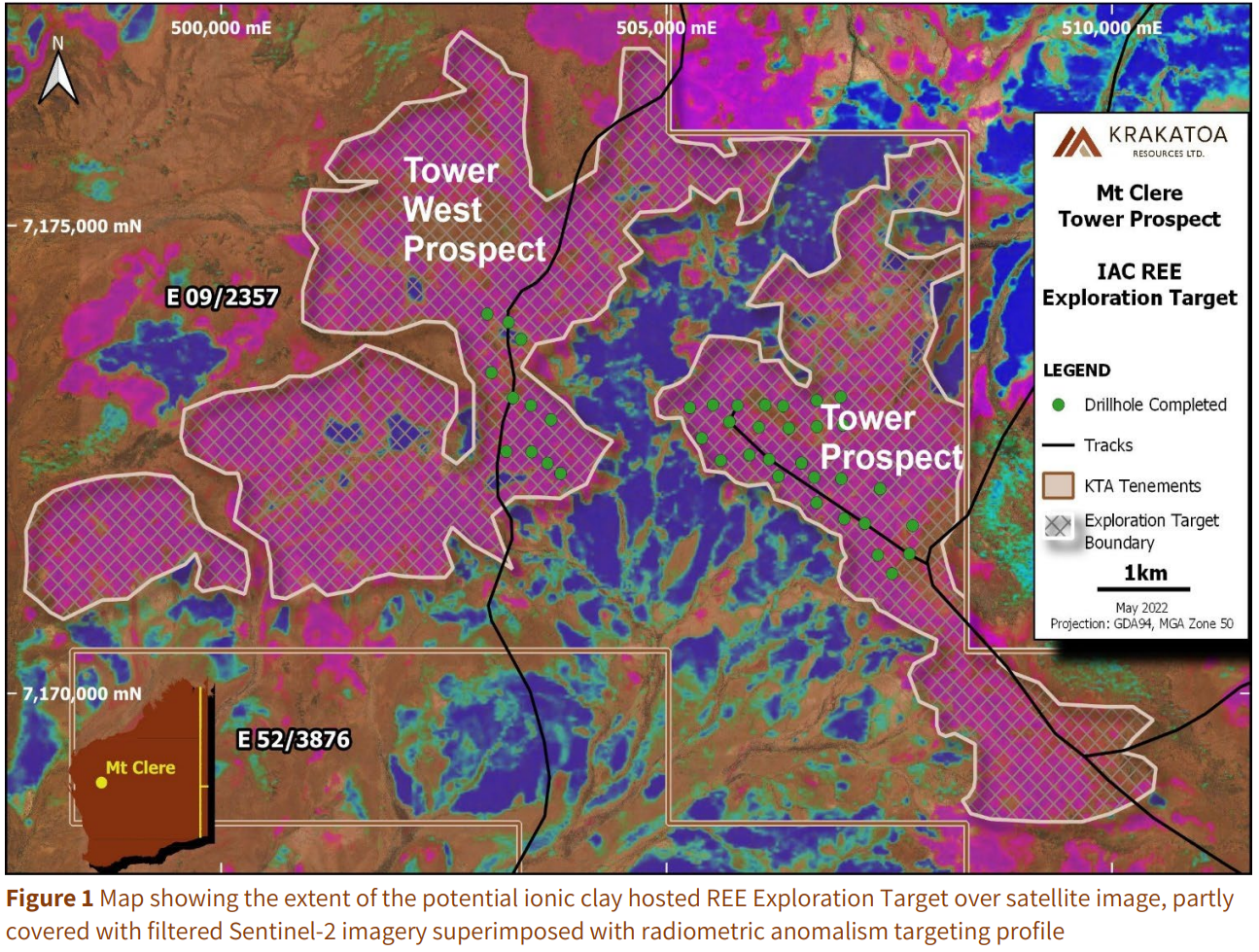 (Source: Krakatoa Resources) A map of the Tower target area

Tower just one prospect of many

The findings, retrieved from cores drilled in the boundaries of the Tower area of interest (prospect), represents just one accumulation of prospective ionic clay REE targets at Mt Clere, which falls in the north-western region of the Yilgarn Craton.

The exploration target for the Tower prospect has been estimated on the back of models formed by way of assay results from a 39 ‘vertical reconnaissance’ air core drill program.

Drillholes were finalised in December 2021 testing an area some 6km2. Samples were completed each metre.

The main mineralisation envelopes are inteprereted by the company’s geologists to lie within a horizontal clay saprolite formation open to the north, east and west. Additional areas within the target zone have also shown evidence of REE mineralisation, the company believes.

The Australian Nuclear Science and Technology Organisation (ANSTO) are currently undertaking tests on Krakatoa’s samples on the east coast, ANSTO must test those samples due to safety licencing surrounding radioactivity of the samples.

Krakatoa is to expand drilling over the exploration target area in order to compile a JORC compliant mineral resource estimate.

Further reconnaissance drilling of nearby target areas will also be carried out in the coming months.

The fall in Krakatoa's share price today, down -2.44% at noon, exceeded the -1.6% drop experienced by the broader market.