“Our technical team has recognised that these areas have excellent prospectivity for lithium-bearing pegmatites and ionic clay-hosted rare earth element deposits.”

“Historical exploration programs in the area that were originally looking for gold, copper and nickel have fortuitously also collected critical geochemical assay data that will assist us in the search for these modern targets.”

Great Boulder Resources (ASX: GBR) has opened 8% higher after reporting further testing results on drill chips from the Mulga Bill prospect, located in the Side Well gold project in WA.

In a March 10 announcement, the company achieved gold recoveries around the 88% mark from leach tests. However, further testing has increased overall gold recovery to 99.7%.

“This is a fantastic result. Achieving an overall gold recovery of 99.7% on a high-grade sample is excellent, but only leaving 0.1g/t in the tail is sensational.” 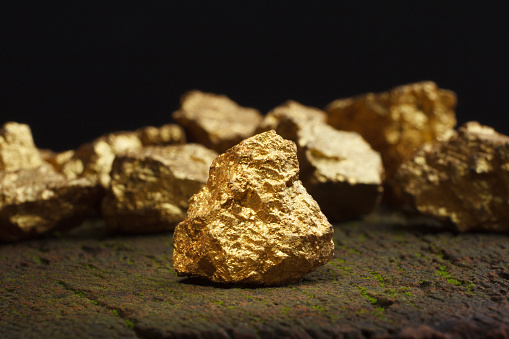 Apollo now owns 100% of the project, with no expectation of royalty payment towards Battery Minerals.

“The acquisition of the minority ownership interests and the removal of all future vendor royalty and payment obligations underlines the Company’s belief in the future potential of Kroussou and de-risks the development pathway. The transaction is considered a strong value driver for Apollo Minerals given the exciting discoveries made at Kroussou and our excellent ongoing results.”

For context, anything over 5g/t is considered high-grade, according to Undervalued Equity.

“This is another series of good results and further confirmation that our exploration methodology at Cue is very effective.”

Further drilling is planned at Amarillo to support a maiden mineral resource estimate planned for late 2022.

Waugh also noted progress on the company’s other prospects.

“The Resource Estimates for White Heat-Mosaic and Big Sky are progressing with the further receipt of drill results awaited, and will be announced on completion late next quarter.”

"It is truly exciting to be exploring a project with extensive pegmatite outcrop only a few kilometres north of Pilbara Minerals’ Pilgangoora mine at such a buoyant time in the lithium market.”

“Based on the positive results of this brief initial orientation program, we believe the lithium fertility of the area is established and our stream sediment sampling protocol will effectively highlight areas of lithium anomalism and help us systematically hone in on drill targets."