Macarthur Minerals (ASX: MIO) has opened 26.83% higher after announcing the maiden ore reserve at the Lake Giles project, located in WA. The reserve totals 237mt of iron ore, supporting a 25-year mine life.

“The release of the Maiden Ore Reserve Statement for the Lake Giles Iron Project will support a positive Feasibility Study for the project. Macarthur has worked hard over the course of the last 12 months to deliver this result, and the Company looks forward to releasing the Feasibility Study shortly.”

“The Lyons and Edmunds Projects are still very underexplored and with our rapidly evolving geological understanding I’m looking forward to a busy exploration schedule throughout 2022.”

Deutsche Rohstoff will aid with targeting, acquisition, and geological consulting for at least 8 lithium targets, worth $125,000 each for a total of $1m.

“SensOre’s joint venture with Deutsche Rohstoff represents a further step in the evolution of our Company with our expansion into AI-enhanced lithium targeting, realising value from investment in the Data Cube.”

“We look forward to collaborating with Deutsche Rohstoff to find the mines of tomorrow to reinforce Europe and Australia’s supply chain of battery and critical minerals needed to underpin global energy transition demand.”

According to Undervalued Equity, gold grades higher than 5g/t are considered high-grade.

REEgenerate has an option to fully acquire REEcycle, which has developed a patented process to reclaim 99% of all rare earth elements in discarded neodymium magnets. These magnets will come from end-of-life electric vehicles, window turbines, and other electronic waste.

“With their innovative (and proprietary) approach to recycling a pair of critical rare earth materials, the REEcycle team introduced the energy industry to an innovative way to turn waste into a domestic stream of rare earth elements,” says Scientific American. 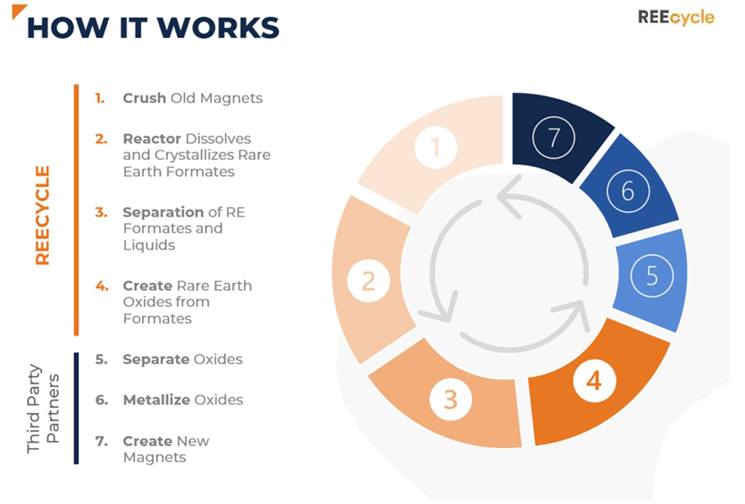